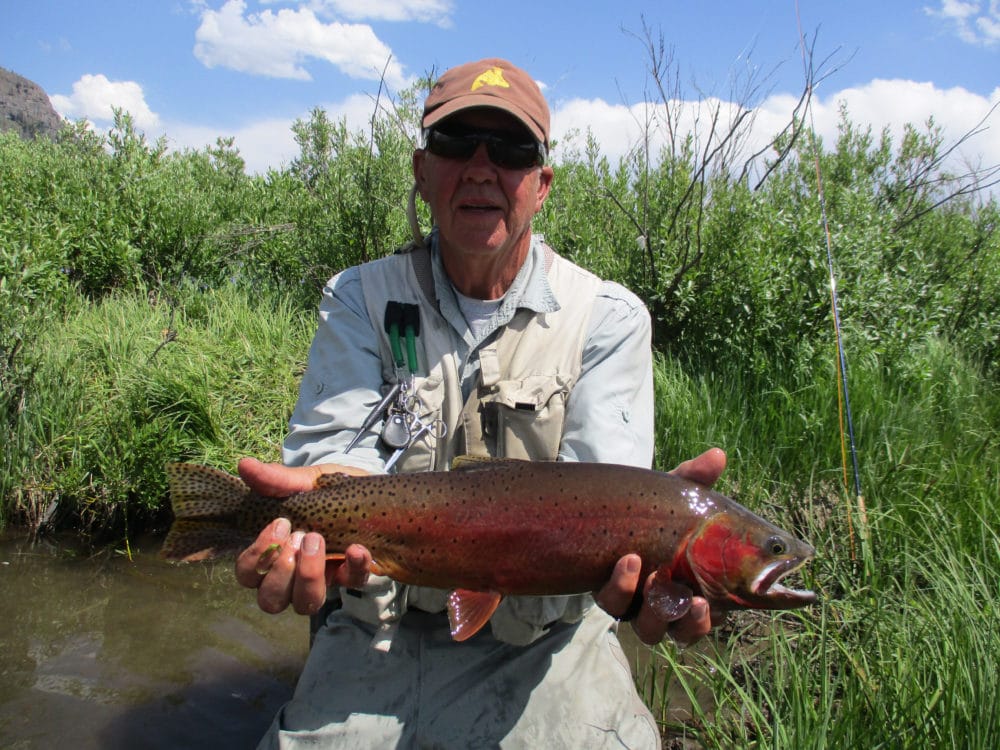 Dave Sweet, a board member of the East Yellowstone chapter of Trout Unlimited, shows off a Yellowstone cutthroat trout he caught at the end of June, 2018 in the Thorofare region of Yellowstone National Park. (Diana Miller)

It is the fourth consecutive year that more than 100 anglers completed the Cutt-Slam. The record for most anglers to complete it in a year is 200 in 2020. To date, 2,087 anglers have accomplished the feat.

The Cutt-Slam was the idea of the late Ron Remmick, who was the Game and Fish fisheries supervisor in the Green River and Pinedale regions, and worked for Game and Fish for 25 years. Remmick developed the Cutt-Slam to draw attention and appreciation for the habitat needs and management efforts for Wyoming’s cutthroat species.

Cutt-Slam recipients receive a personalized certificate and vehicle decal from Game and Fish, and since the summer of 2018 a medallion from Wyoming Trout Unlimited.

“On behalf of the 1,600-plus members of Trout Unlimited in Wyoming, we congratulate the Wyoming Game and Fish Department on the 25th anniversary of the success of the outstanding Cutt-Slam program,” said Mike Jensen, Wyoming council coordinator for Trout Unlimited.

“We’re extremely grateful for the opportunity to partner with the Game and Fish on this hugely successful program and we’re looking forward to the next 25 years of the Cutt-Slam.”