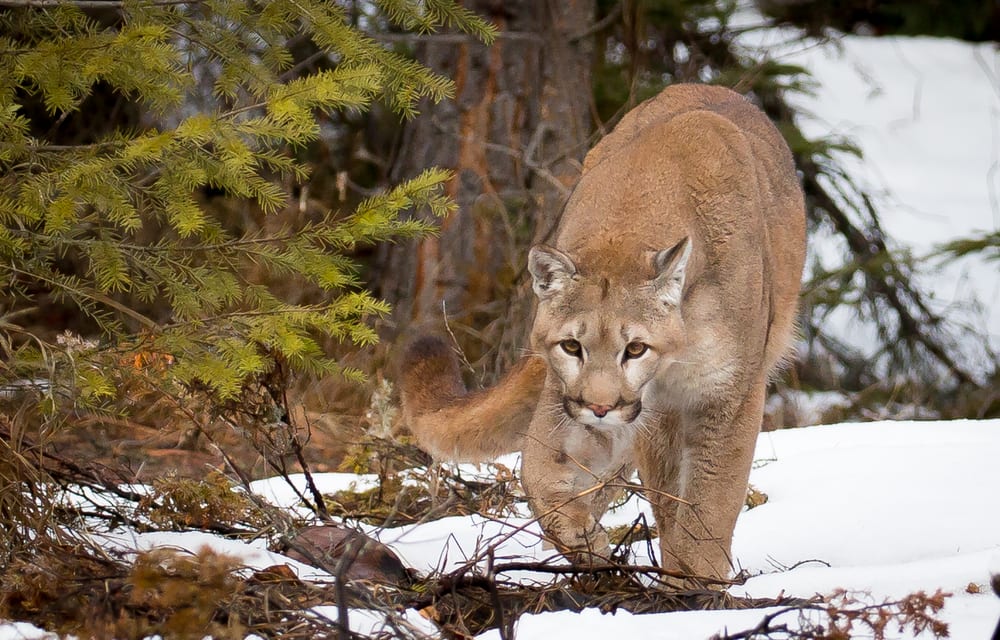 CASPER, Wyo. — The Wyoming Game and Fish Department said on Tuesday, January 11 that it has euthanized a female sub-adult mountain lion after efforts at relocation failed.

“Despite these efforts, she returned to the Middle Fork Popo Agie drainage within a week,” Game and Fish said. “On the evening of January 10, the Game and Fish received reports that a deer was covered up with wood chips in a yard along south 4th street in Lander.”

“Upon investigation, it was verified as a mountain lion kill.”

Wyoming Game and Fish said that the mountain lion was then located before being euthanized.

“Relocation is tough with mountain lions because of how far they can move, but based on the initial circumstance of the capture on New Year’s we felt it was proper to try,” Game and Fish Large Carnivore Supervisor Dan Thompson said. “However, because of the failed relocation attempt and the bold behavior within the City, for human safety we felt the best option was lethal removal.”

“Thank you to the City and the public for their support. It is a tough day for us when we have to put down wildlife.”

Game and Fish said that mountain lions often use river and stream drainages as natural travel corridors. Following these routes, animals can find themselves in a place of human habitation.

“Mountain lions can move long distances, especially juvenile animals that are dispersing in search of their own home range,” the department said. “Game and Fish reminds people not to feed wildlife; feeding wildlife such as deer may make an otherwise dispersing mountain lion stick around for an easy meal or follow deer into residential areas. It is not surprising that a mountain lion [moved] through town; however, Game and Fish doesn’t promote them making a living in the city of Lander.”

“Incidents involving mountain lions should be reported as soon as possible to your local Game and Fish Regional Office (Lander Region phone 307-332-2688) during business hours or to a local law enforcement agency.”