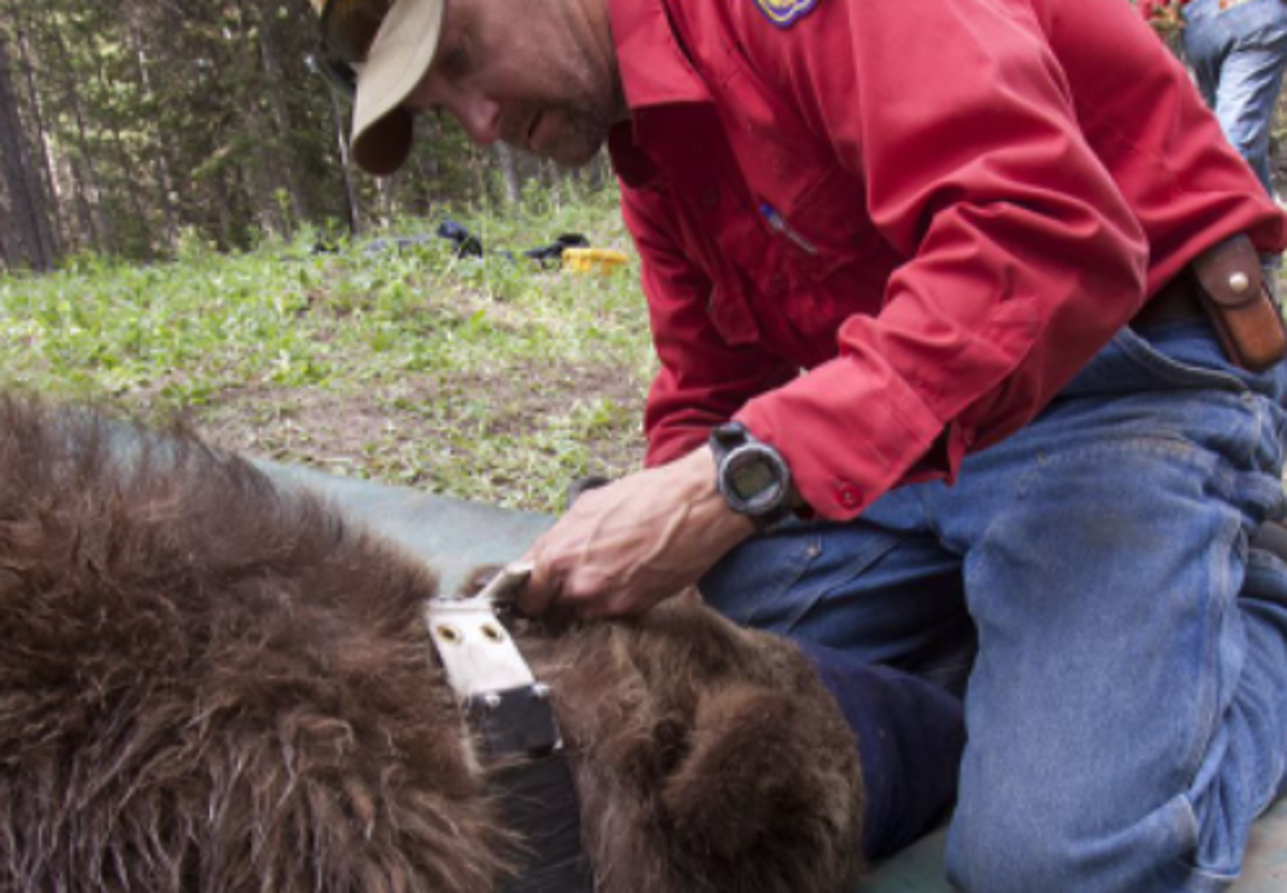 A grizzly bear being fitted with a monitoring collar. (Wyoming Game and Fish photo)

CASPER, Wyo. — The Wyoming Game and Fish Department said Wednesday that it is beginning to conduct grizzly bear capture operations in areas of northwest Wyoming for monitoring purposes.

Grizzly trapping is set to occur through early fall, and Game and Fish is urging the public to heed area closure signs near trap sites. Trapping will occur in both frontcountry and backcountry areas.

“All areas where trapping is conducted will have major access points marked with warning signs,” Game and Fish said. “All trap sites will be posted with area closure signs in the direct vicinity of [the] trap sites. It is critical that all members of the public heed these signs.”

Captured grizzly bears will be fitted with collars, released on site and monitored as part of ongoing management and conservation efforts in the state. Game and Fish conducts the captures on an annual basis and says information obtained through the monitoring helps assess the status and health of grizzlies in the Greater Yellowstone Ecosystem.

The animals are treated in a manner that adheres to guidelines developed by Game and Fish and the Interagency Grizzly Bear Study Team.