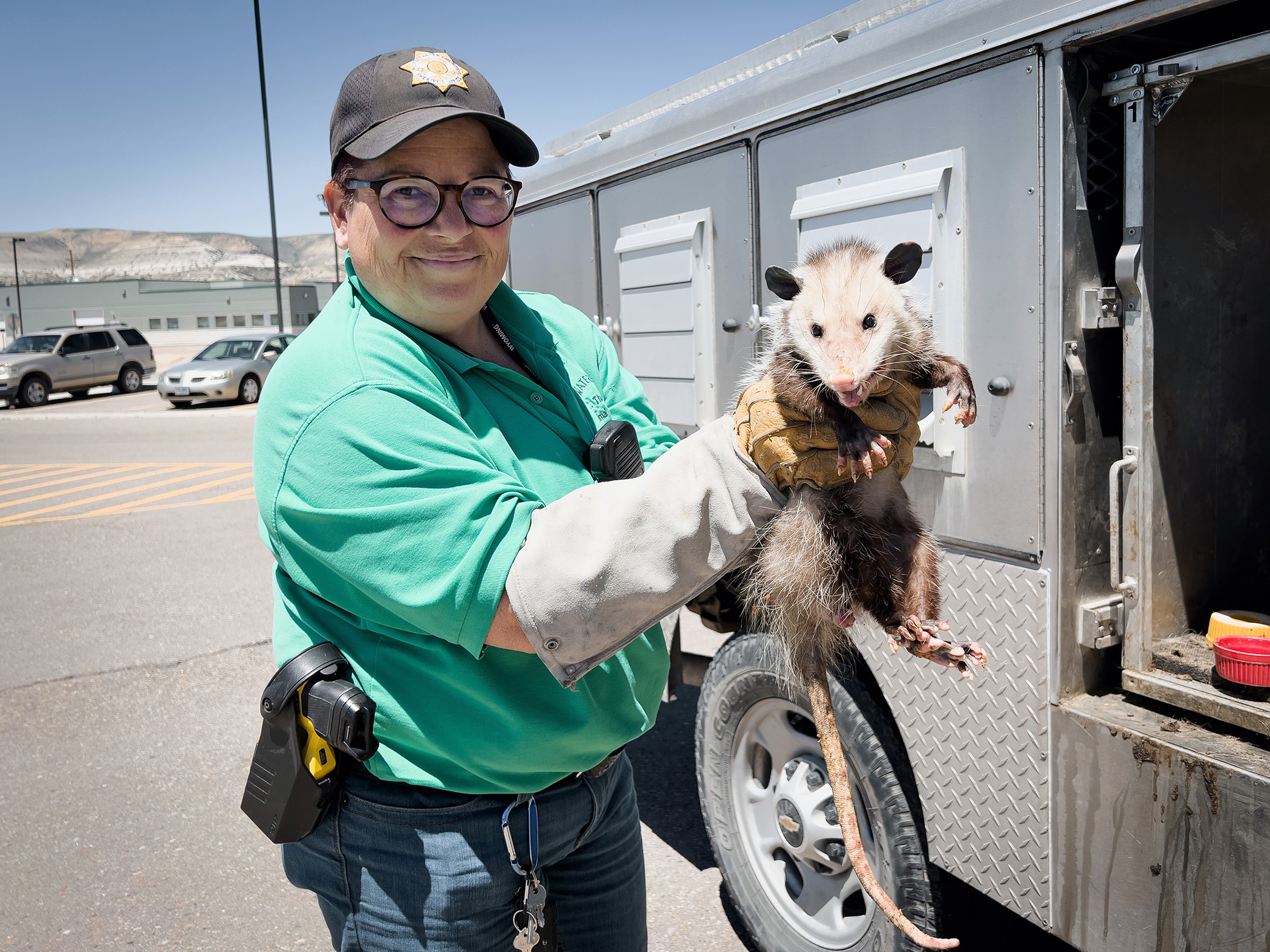 Sweetwater County Sheriff's Office Animal Control Officer Chris Thomas and "George," an opossum she rescued from under a residence near Rock Springs on Monday. (SCSO)

CASPER, Wyo. — A Virginia opossum hiding under a residence west of Rock Springs was rescued by a Sweetwater County Sheriff’s Office animal control officer on Monday, the SCSO said in a press release Thursday.

Animal Control Officer Chris Thomas responded to a neighborhood on Purple Sage Road at around 12:30 p.m. Monday after a resident in the area discovered the opossum hiding under their home.

As Virginia opossums are not native to Wyoming, the opossum would have been unlikely to survive Wyoming’s winter climate in the wild, SCSO said. Thomas started calling the opossum “George” and provided care until she was able to locate a licensed rehabilitation center in the area to provide further care, according to SCSO.

The rehab center will have the opossum examined by a veterinarian to ensure it is free of diseases and arrange for transportation back to a re-homing area in the southeast part of the U.S., where opossums live in the wild as a native species.

Thomas does not think the opossum is domesticated or has been kept as a pet.

“Rather, possums often seek refuge in dark, tight spaces, and she believes it most likely that George hitched a ride on a semi on the interstate and probably went looking for food when the rig’s driver stopped to rest or for fuel,” SCSO said.

“It’s really important for people to educate themselves on the law as it pertains to the possession of wild animals in Wyoming,” Thomas said in the SCSO’s press release. “City and county ordinances in Wyoming can also further restrict the possession of certain species. The private ownership of possums in Green River and Rock Springs is illegal, and the introduction of animals that are not native to Wyoming threatens our local ecosystem by disrupting the natural food chain and introducing new, potentially dangerous diseases for which we as humans, our pets, and our wildlife have no natural immunity.”