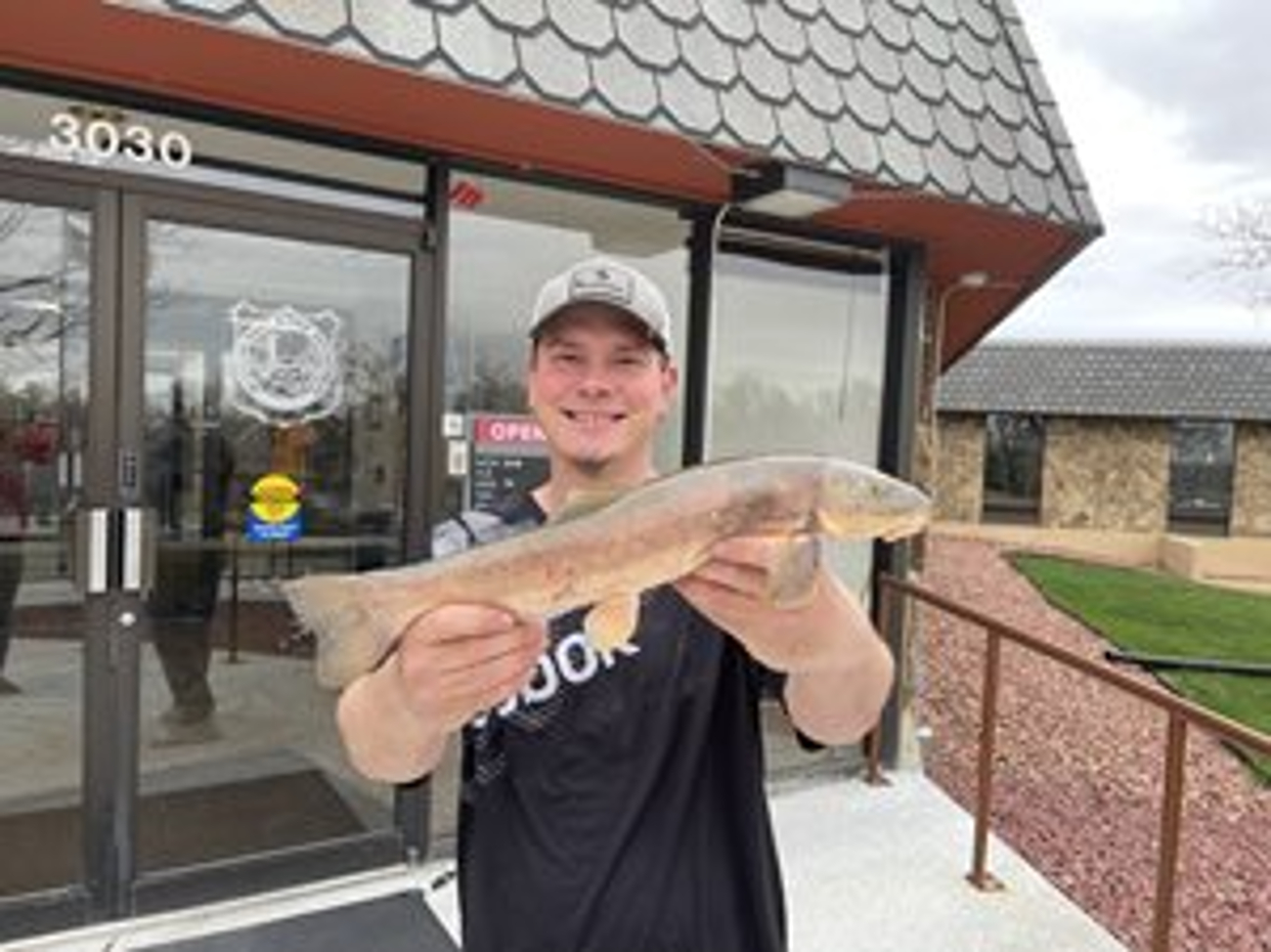 Christopher Bobo in May again broke the record for longest longnose sucker caught in Wyoming after first setting the record in May 2021. (Wyoming Game and Fish)

CASPER, Wyo. — A Casper angler has literally outdone himself, breaking a Wyoming fishing record he set in 2021, the Wyoming Game and Fish Department said Thursday.

Christopher Bobo, 34, caught a 19.5-inch longnose sucker out of the North Platte River in May, 1.5 inches longer than the longnose sucker he caught out of the same stretch of river in May 2021. The previous record to his 2021 catch was set in 1998, according to Game and Fish.

Bobo’s 2022 record-breaking catch was a fish that weighed 2 pounds, 4.5 ounces and had a girth of 9.25 inches. While he broke the record for longnose sucker, Bobo was fishing with a worm with the aim of landing trout, according to Game and Fish.

While there were a lot of similarities between his two record-breaking fishing experiences, Bobo told Game and Fish the 2022 catch was special as he was fishing with his son.

“I took my son out and he caught a pretty nice-sized trout, and next thing you know my pole went off,” Bobo said in Game and Fish’s announcement. “I knew when I landed it I needed to head to the Game and Fish.”

Bobo caught the fish on a Sunday in early May and therefore kept the dead fish in a cooler with water before taking it to Game and Fish’s Casper Region Office the next day.

The record-breaking catch was the first of the year in Wyoming, according to Game and Fish.

“Catching a state-record fish of any species is quite an accomplishment, but to break your own state record is pretty special,” said Alan Osterland, Game and Fish chief of fisheries. “I would bet there will be more Bobo family outings to that same stretch of river to see what comes out of the water next.”

Longnose suckers are a native nongame fish species in Wyoming, according to Game and Fish.

“Rules for submitting a state-record fish and lists of the current Wyoming fish records can be found online,” the department added.