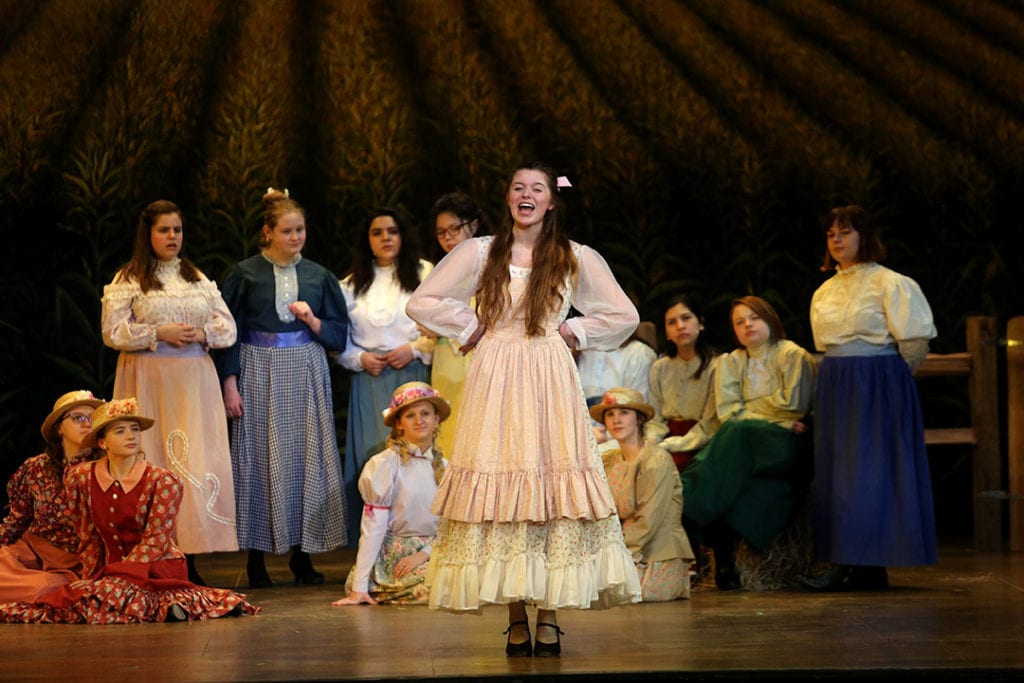 2019 marks the 75th anniversary of “Oklahoma!”, which premiered on Broadway on March 31, 1943 and was an instant box office smash.

The play inspired a 1955 widescreen film, and the original cast recording of 1943 was the first of its kind and is still in print today.

“This is the show that created the modern musical by integrating scenes, songs, and dances into a unified whole. The songs reveal character and story rather than just being a nice break for pretty music,” said show director Zachary Schneider in a press release earlier this month.

The following gallery shows a dress rehearsal from Tuesday afternoon from behind and in front of the stage.