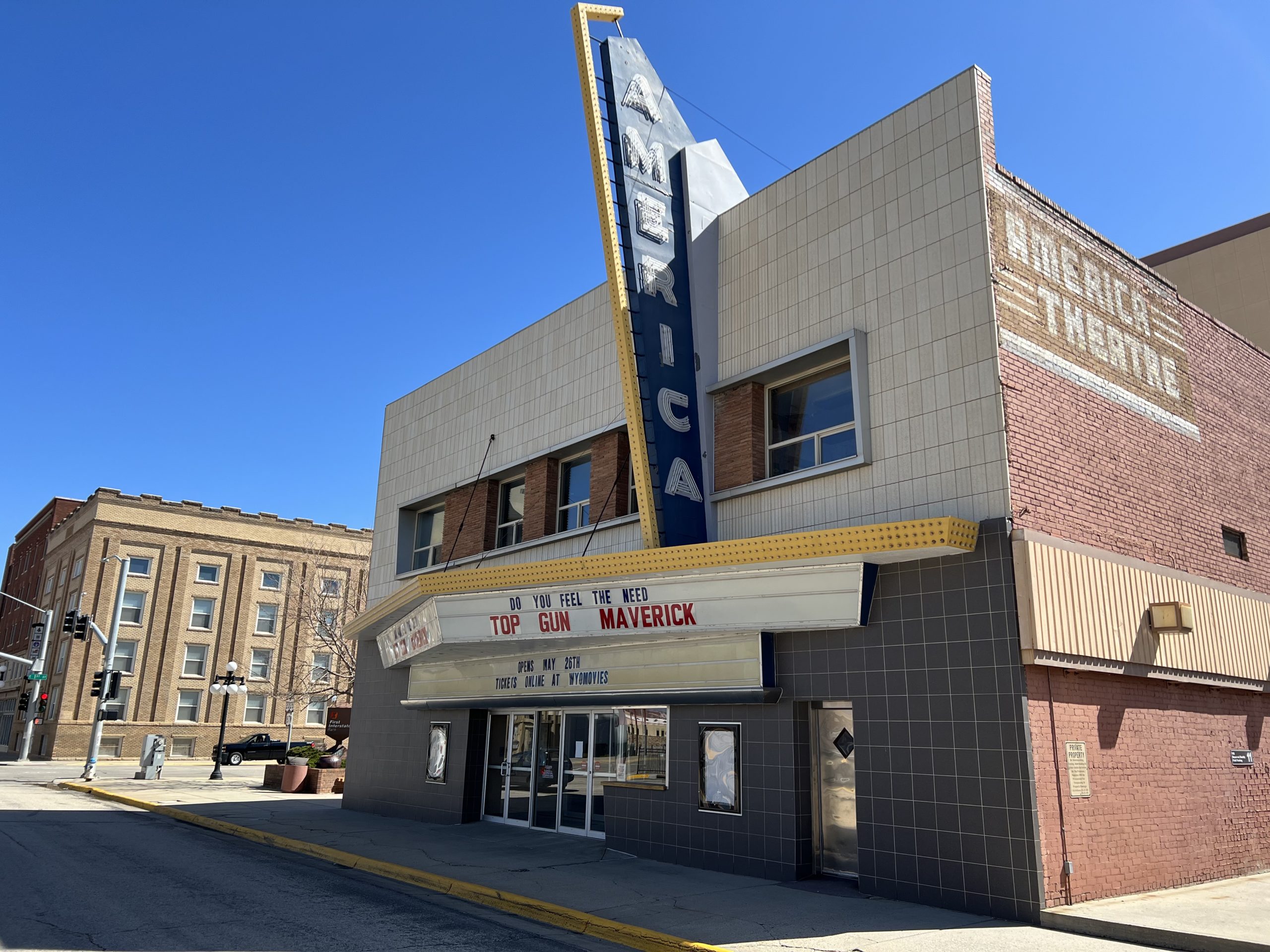 The America is set to reopen on May 26 in downtown Casper. (Brendan LaChance, Oil City)

The America Luxury Movie Palace will reopen Thursday, May 26, and will be screening “Top Gun: Maverick,” according to WyoMovies partner Joe Houck.

“We have ‘Top Gun’ tickets up for sale,” he said Thursday.

The Rialto Movie Palace will reopen Friday, June 10, screening “Top Gun: Maverick” after its two-week run at the America.

The second film scheduled to run at the America will be “Jurassic World Dominion,” Houck said. WyoMovies plans to regularly screen films at both theaters throughout the summer.

The America and Rialto temporarily reopened in May 2021 after a COVID-19 hiatus, but WyoMovies made the decision not to reopen the Fox III Theatre downtown. The building housing that theater is being converted by Frontier Brewing into a taproom.

Oil City News owner Shawn Houck is a partner in Frontier Brewing Co. and was not involved with this article.