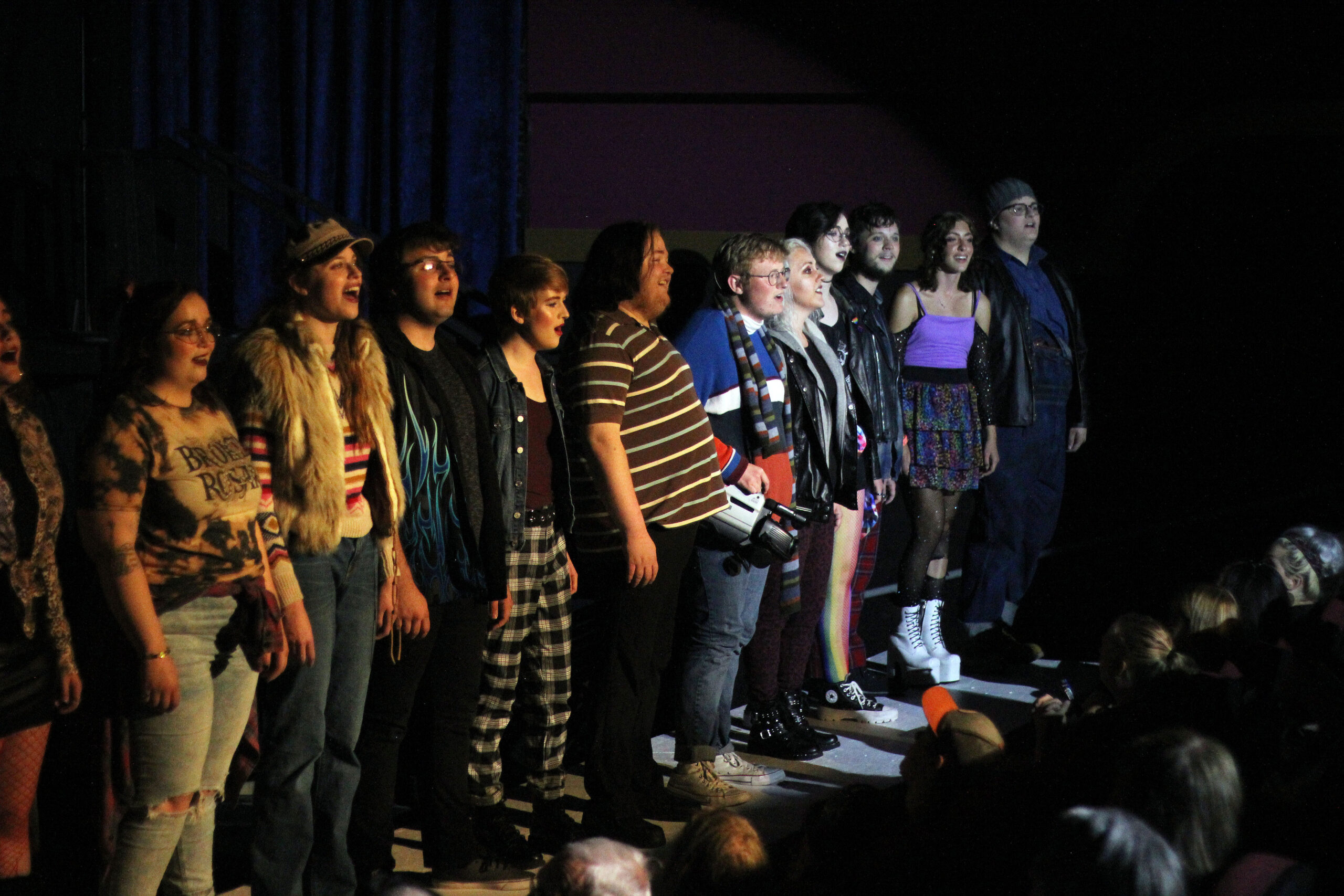 CASPER, Wyo. — “Rent” is the largest production that Opera Wyoming has ever put on, and it came together in less than five weeks.

“I joked in the beginning, and it turned out to be true, that I was just gonna get as many talented people as I could together and then at the end say, ‘Yeah, look what I did!'” director Steven Spicher said.

Spicher and the producers of the show, Emily and Daniel Quintana, were able to use the “sweet spot” they find themselves in some years to find age-accurate talent.

“The timing of it all was just great for everyone, because we have a lot of people who grew up in Casper who come home during the summertime, and then they just go back to college,” Daniel Quintana said. “What we’re learning is, this is a good time to do this.”

The rock musical, written by Johnathan Larson, premiered in 1996, winning a Pulitzer Prize for Drama and a Tony Award for Best Musical. It takes place over the course of a year, and tells the story of a group of young artists living in poverty in the height of bohemian Alphabet City. Thought to take place in 1989, the story unfolds beneath the shadow of a U.S. recession as well as the HIV/AIDS crisis.

“Rent” may have happened regardless, but many of the actors and singers whom showrunners had their eyes on were older than the characters are — most of the cast is intended to be in their late teens or early 20s. Because of the show’s subject matter and graphic elements, it was set that anyone auditioning had to be over the age of 18.

Spicher, who worked with the Casper Children’s Theatre for five years, was able to reconvene with some young actors he’d worked with there, now that they’re in the next phase of theatre performance.

“Andrew [who plays Mark], I directed him in this specification of ‘Romeo and Juliet’ when he was about this tall,” Spicher said, gesturing. “He had a cast on his arm, and he was the sweetest thing.”

With the timing and Spicher’s previous experience combined, the group came together after just a couple of days of auditions.

“Suddenly I had this young, vibrant cast that was appropriate age,” Spicher said. “Being able to work with these people who were kids and are now adults, to be blown away by their talent … you know, we grew to love a thing together, and then they went off and became amazing and came back.”

Spicher said he had some reservations about putting the show on in Casper, with its portrayal of LGBT characters, HIV/AIDS, violence and drug addiction, but he wasn’t met with any protest.

However, cast and crew were pleasantly surprised at audience reception.

“Every intermission afterwards, I think, ‘OK, was that seat empty before?'” Spicher said, adding he’s even had friends walk out of the show in previous years. “I was genuinely concerned about that, and I kind of thought, ‘How will we handle that, and what will we do?’ but I haven’t had to get there.”

From the beginning, the creators of the show wanted to create a space that was safe — for the cast, crew and audience. The actors were given room to express themselves and connect as a group, which many of them attribute the quality of the show to. Clint Saunders, who has experience in intimacy choreography, also employed those skills to make sure the cast could stay comfortable during the more graphic scenes.

Similar to the way stage actors may employ fight choreography to avoid getting hurt, intimacy choreography turns actions into a multi-step process, establishing boundaries and desexualizing. Once characters have choreographed an intimate scene, there are no surprises and they can stick to that procedure.

“I stepped out, and then the first time I saw the kiss between Roger and Mimi at the end of Act One, I was blown away,” Spicher said. “I mean, it’s one of the best and most realistic and passionate kisses I’ve ever seen.”

Tying in with the goal of safety and openness, the creators had initially only planned to perform the opening number of the show for Casper’s Pride Festival. A few years ago, at the celebration at David Street Station, Spicher fully recognized the pertinence of these spaces.

“I just realized how important it was for these young kids to feel safe,” he recalled. “This is a place where I can be myself; I don’t have to worry about anybody taking issue with it, etc. And I wanted to carry that into here.”

Initially, Wyoming Opera had plans to put on the opera “La bohème,” which “Rent” is loosely based upon, at the same time as this show, but decided to focus on “Rent” exclusively. “La bohème” will be performed in the spring.

The first week of production was spent rehearsing the opening number for the festival, and the next four were a matter of “putting the pieces together” around the cast’s and crew’s day jobs and otherwise busy schedules.

“I go to work almost every day, and then I come straight here,” said Taiya Vigil, who plays Maureen and works at Eileen’s Colossal Cookies during the day. “I’m living off granola bars right now.”

However, cast and crew said the show came together excellently within the time frame. “This cast has been amazing with how we put it together, just so quickly, because this is a really complex show,” Vigil added. While they did run into some roadblocks during production — like a glaring lack of tables — everyone was able to manage the cramped schedule.

“It’s this level of youth and vibrancy and energy,” Spicher said. “And the beauty of that is nice. If something breaks or something happens, they don’t care.”

“It’s been a wonderful experience to realize, OK, as long as I’ve communicated what I’m seeing and what I want to try to do, that the people that are good at it do it,” Spicher said. “From the choreographer to the lighting to the people that built the stage, you know.”

“Rent” continues this weekend at The Lyric, 230 W. Yellowstone Highway, starting July 23. Shows will take place Friday, Saturday and Sunday night at 7:30 p.m., with doors opening at 7. Tickets are $15 for adults and $12 for veterans, students and seniors. Visit operawyoming.org for tickets.The show is rated R for mature themes.