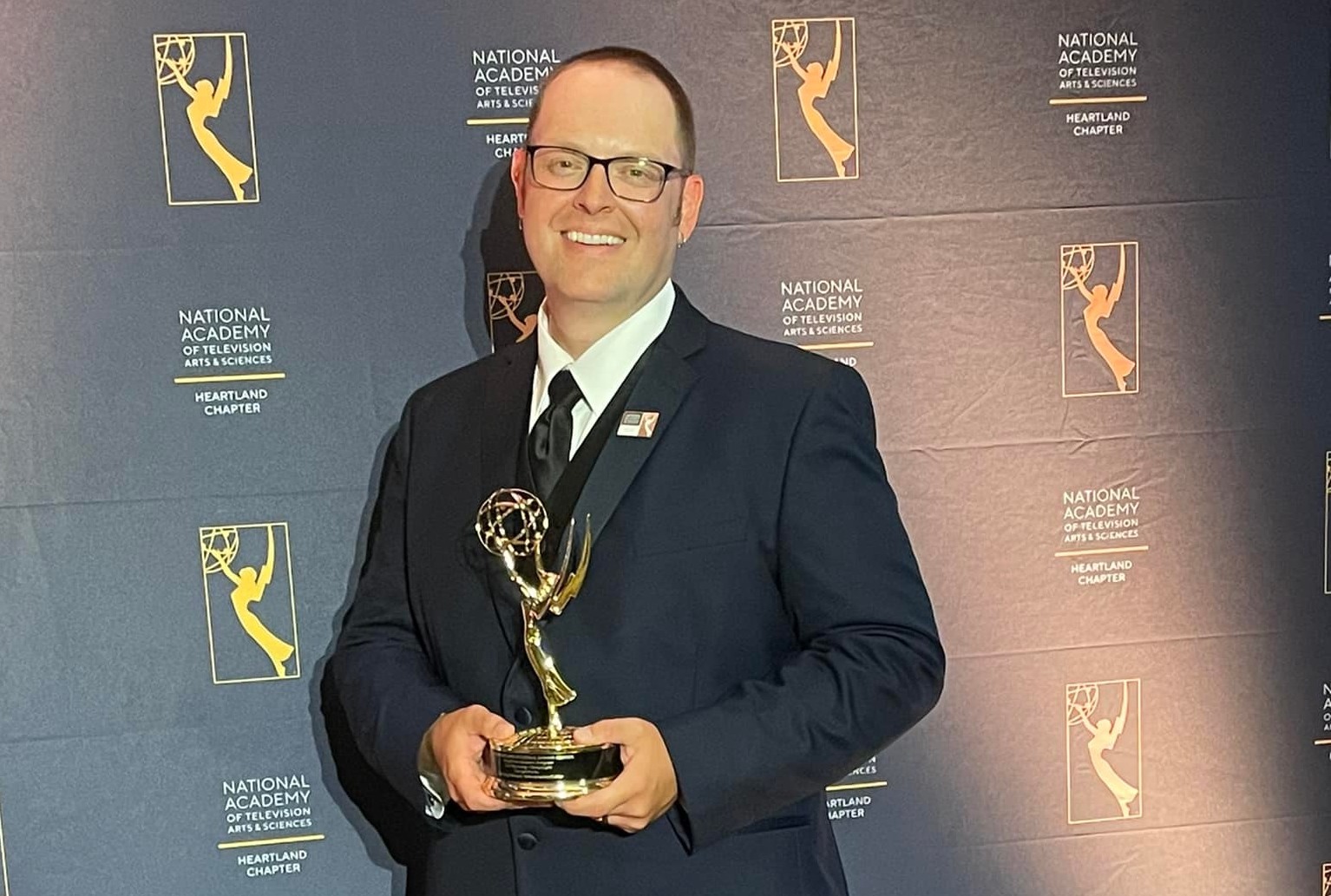 Anthony Stengel poses with his awards trophy at the Heartland Regional Emmy Awards in Denver this July. (Anthony Stengel/Facebook)

This past weekend, Anthony Stengel’s short film “Fire Spinner” was chosen as “Best Documentary” in the annual 307 International Film Festival in Laramie.

“‘Fire Spinner’ [was] a recent doc I made for Wyoming PBS,” said Stengel in a message to Oil City News. “It features Miranda Bressler, a rancher here in Casper who always wanted to perform but never really had the perfect opportunities to do so until she found fire spinning.”

The award comes after another short film he made for Wyoming PBS, called “Dying Light,” won a Heartland Emmy in July.

“I was out of town, so Miranda went [to] the festival to represent the film and it won!” said Stengel. “Super pumped and always honored to be recognized in that way.”

Stengel is a former X-ray tech who started filmmaking full-time in 2017, after years of dabbling with the medium as a hobby.

“I thought this might be a fun thing to do and maybe I’ll get some financial perks and just buy more into this expensive hobby,” he told Oil City News in July. “I remember when I made my first 100 bucks, I was like, ‘Whoa, this is crazy!’”