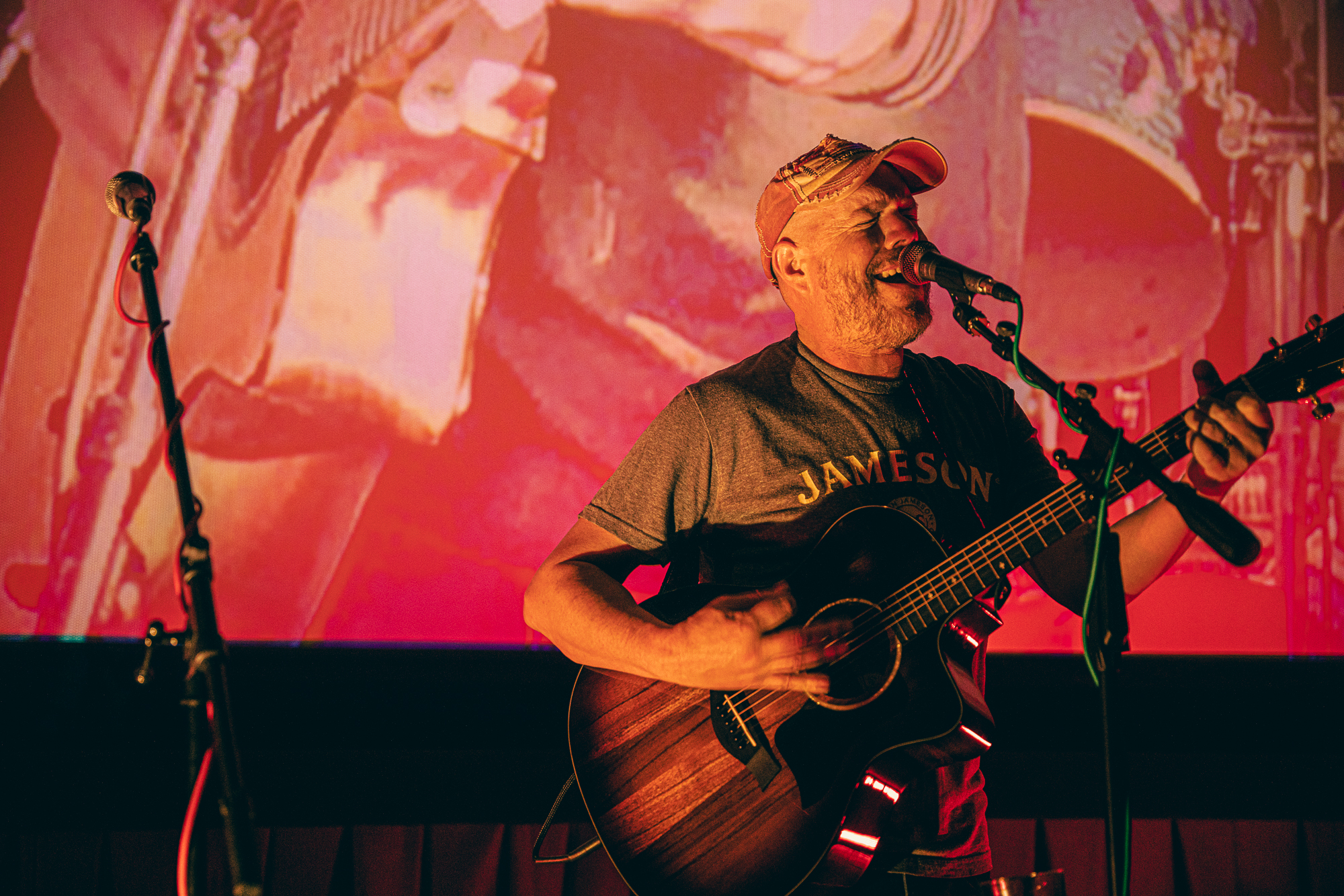 Since its inception in 2015, the walkabout event has been focused primarily on featuring local artists and galleries, according to Claire Marlowe, co-founder and owner of Scarlowe’s Art of Coffee and Gallery.

That emphasis was well-honored this time around with the debuts of two brand-new murals and VIBES Fine and Performing Arts rocking the stage at David Street Station throughout the night.

Also performing throughout the evening were Jeff Stanley at Frontier, Sarah Carper at Gaslight Social and Mastermind of Monkey at Black Tooth Brewing.