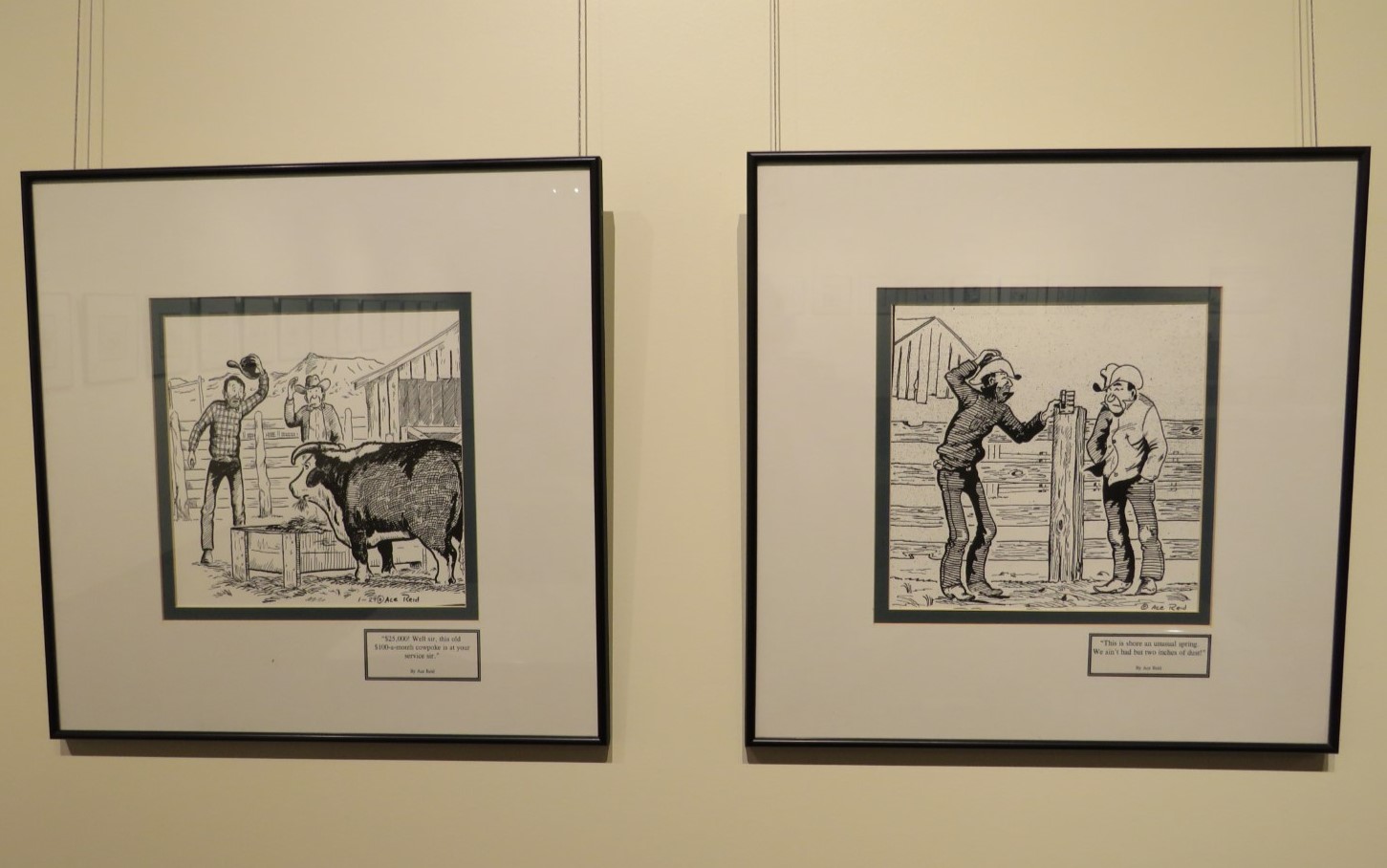 Selections of art on display at Fort Caspar Museum as part of the museums' latest traveling exhibit. (Via Facebook)

The artists were prominent through the early and mid-20th century and were known for their humorous yet empathetic looks at country life, often with a focus on farming.

Though born in Tennessee, Palen — the youngest of the three artists — grew up in Cheyenne, where he was surrounded by agricultural living, as his father worked as a large animal veterinarian. Reid, a Texas resident, was the creator of the cartoon “Cowpokes,” which at its peak ran in over 400 newspapers across the country. Williams was originally from Nova Scotia, Canada, but spent most of his adult life in Arkansas and Oklahoma, where he worked extensively as a rancher.

The exhibit is on loan from the American Heritage Center at the University of Wyoming, and will be on display at the Fort Caspar Museum through March 25.