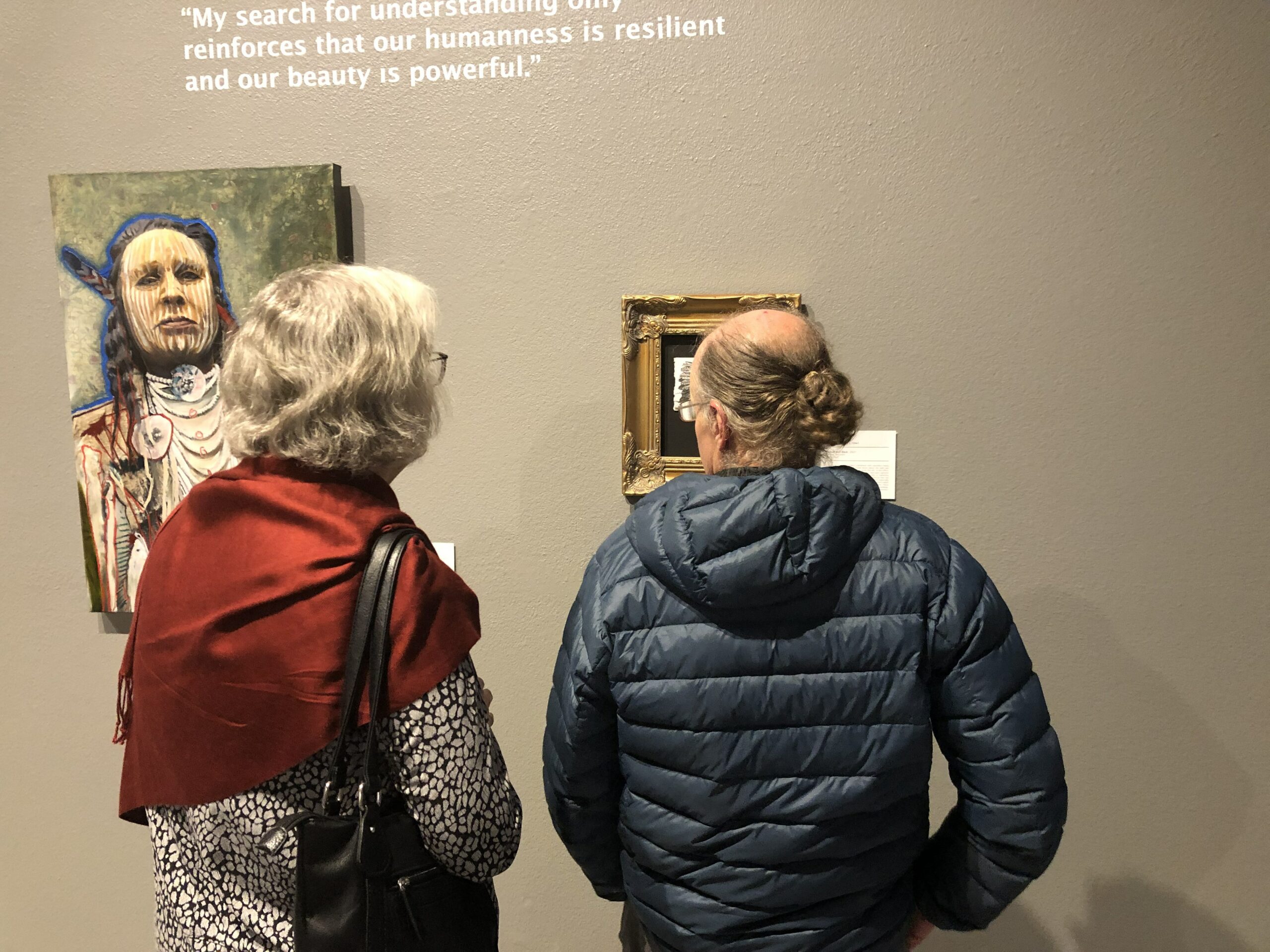 A drum circle and cedar smoke cleansing accompanied the unveiling of the artwork.

“It was very much a complete cultural experience tonight,” Maluchnik said. “It was eye-opening and extremely enjoyable. I think everyone should come see this exhibit.”

The night also served as a welcome to Maluchnik, who officially began working as the museum’s executive director this week.

“I came back to Casper, my hometown, in 2017 because of the eclipse,” she said. “I was blown away by what Casper had accomplished and decided to move back based off that experience. I was just so impressed by the way the community came together and all of the art, all of the events.”

“I believe Casper’s art community is having a renaissance, and I want to help propel it,” she added. “That’s my plan and my hope as executive director.”