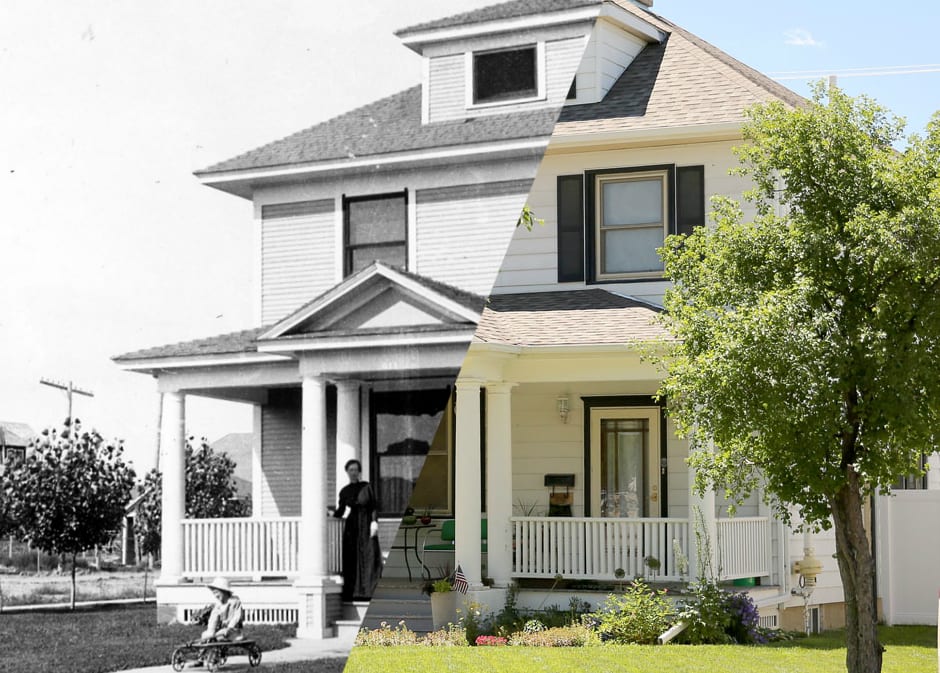 A white wood-sided house on the corner of 8th and Beech has managed to look nearly unchanged from the street after over 100-years in Casper.

A vintage photo shows a woman and child posing in front of the house, which was built in 1912. Eighth Street at left in the photo appears to be unpaved. The picture is labeled “Daly House”.

The house is now owned by Jessica and Jeremy Jones, who bought the house in a foreclosure about three years ago. The house was in rough condition, according to Jessica, and the couple have worked to restore the lawn and house.

According to Jessica, an addition was built sometime in the 1960s when the house was owned by a popular dance instructor. The addition features an open room where dance classes where held. Jessica says she has been approached by dozens of people who have fond memories of dance classes in the home.

The couple looked for a while to move downtown. “We’ve always wanted a ‘big tree’ home”, says Jessica.