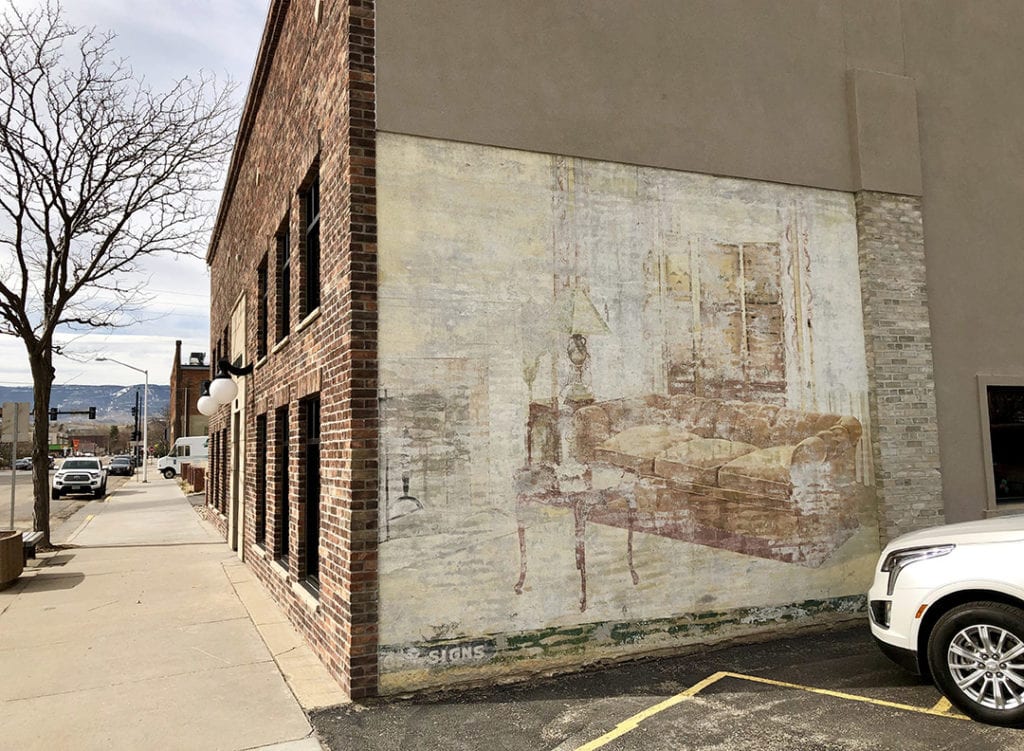 A ghost sign of a living room is seen on the side of a building on 120 South Durbin Street in downtown Casper. The building was occupied by Welsh Furniture for decades until 1980. (Dan Cepeda, Oil City)

CASPER, Wyo. — A first time time visitor to Casper might be taken aback by the curious ghost sign on the side of a downtown building.

While the building appears relatively modern at first glance, a fading painting betrays a long history.

The painting depicts an idyllic living room from the 1940s, complete with a plush sofa, tastefully ornate table and a cozy fireplace.

The sign was likely painted around that time, but afterwords was hidden by an adjoining building.

It was shortly after that when the owners of 120 South Durbin gave the building a remodel and uncovered the mural. The facade is now covered with a new brick veneer and the remainder of the building covered in new stucco, but the ghost of Welsh Furniture was spared.

He died on Oct. 5, 1982. According to his obituary, his wife Frances Welsh died in August of that year.