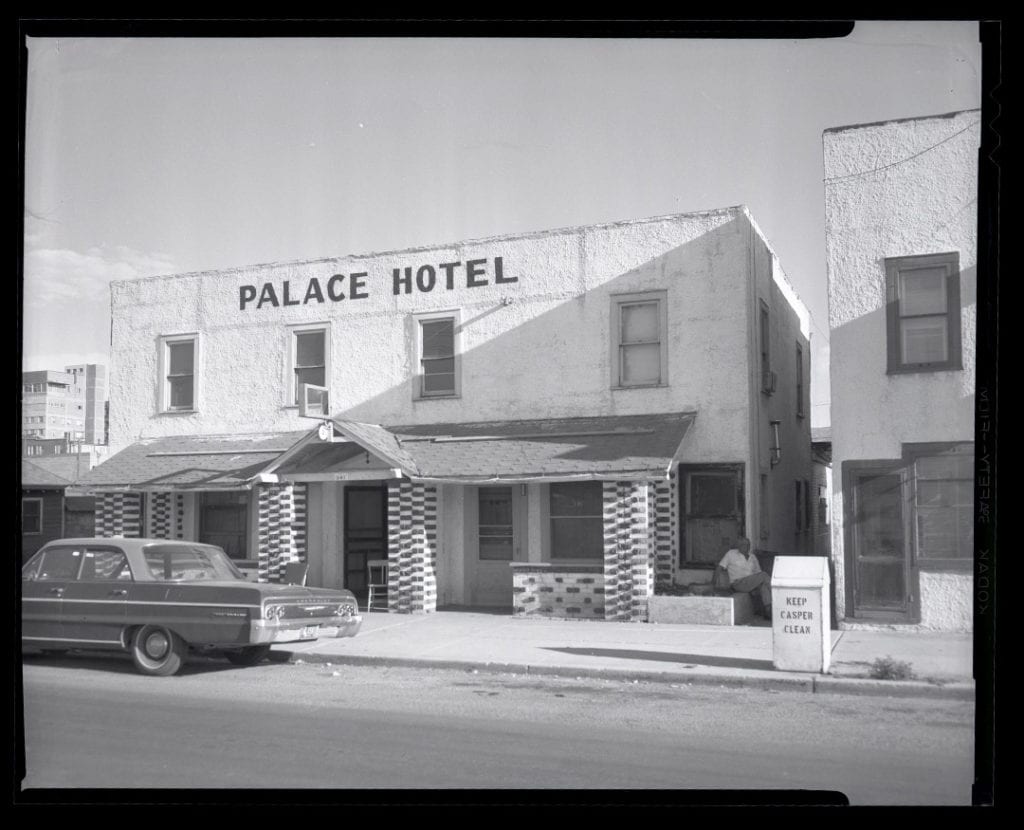 The name of a Palace Hotel brings thoughts of luxury and grandeur.

The Palace Hotel in San Fransisco, for instance, is recognized nationally as a historic landmark in that area.

Casper’s Palace Hotel was quite the opposite, particularly during its last days of existence.

A photo of The Palace recently came our way courtesy of Casper College Western History Museum archivist Vince Crolla, who has been carefully digitizing a vast collection of negatives from long-time Star-Tribune photographer Chuck Morrison.

The only surviving recognizable landmark in the photo is the modern addition of the Hotel Gladstone off in the distance.

The photo shows a rather sad looking stucco building with an unknown gentleman sitting in the corner and a “Keep Casper Clean” rubbish bin nearby.

The hotel was ground zero for urban renewal in 1966, when according to a Casper Star-Tribune article it was under scrutiny for various code violations.

The hotel at 218 W. B St. in the infamous Sand Bar district was eventually demolished, as was the rest of the area known for rough and rowdy living.

The Palace is forgotten, but its ghost lives again thanks to Morrison’s negatives preserved at the college.

The area is now a parking lot behind Casper City Hall.