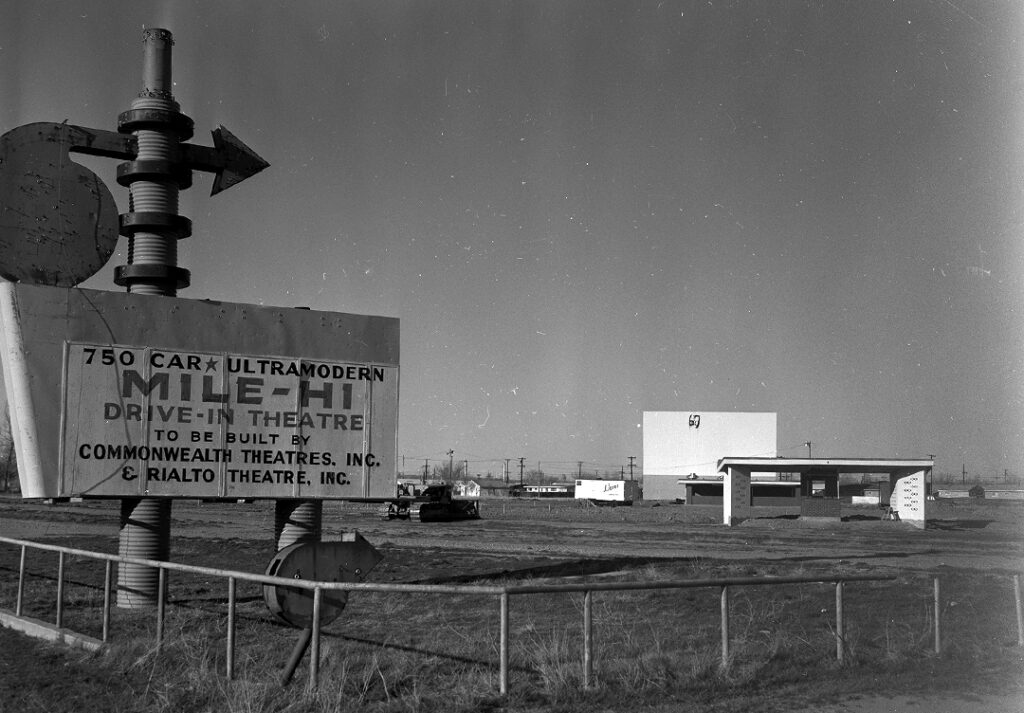 CASPER, Wyo. – With the stress and social disruption of the COVID-19 global pandemic upon us, it would be great to escape reality for a couple of hours in a darkened theater.

Fat chance of that, since theaters were among the first businesses to close in March as the fight to slow coronavirus spread ramped up.

With no open theaters, many are staying safely indoors while binging on delivered pizza and “Tiger King” on Netflix. Sure that’s great sometimes, but it doesn’t replace the social and visceral joy of watching movies on a really big screen. If only one could watch them safely from, say, an automobile?

That idea took off years before before the pandemic. Actually, it was after the 1918 flu pandemic. A guy named Richard Milton Hollingshead, Jr. is credited for patenting the first drive-in theater in 1933. The concept took off in car-crazy America after World War II.

Casper’s first drive-in theater was the Skyline Drive-In, which opened in 1949 on what was then described as “Rawlins Road”, or Highway 220, some three-quarters of a mile outside the city limits.

The theater featured a 40 by 50 foot screen and could handle up to 400 cars, according to an April 21, 1949 article in the Casper Tribune-Herald, which claimed the theater was the “first of its kind in Wyoming.”

The first film shown on opening night was the Paramount Pictures western “Albuquerque,” along with a Laural & Hardy short, and an animated short “Symphony in Spinach.” The cost of admission in later newspaper ads was $1 per car.

The Skyline was modernized and renamed the Mile-Hi Drive-In in 1968.

Casper’s second drive-in theater was the Terrace Drive-In on East Second. According to a March 30, 1956 article in the Casper Tribune-Herald, it featured “the comforts of home” with picnic tables near the snack stand, a large playground, and was capable of playing the new widescreen films with one of the largest screens in Wyoming.

To find the theater, movie goers were told to drive out East Second just past Socony Ave. and turn left at the Terrace sign.

Admission price for the Terrace was $.65 for adults and $.25 for children. Food offered at the concession stand included hickory-smoked BBQ beef along with the usual burgers, fries and hot dogs.

It was a fun ride for the drive-in until the 1970s, when they rapidly declined due to the oil shortage and high gas prices early in the decade, increasing property values and daylight saving time made the concept less practical.

Both of Casper’s drive-ins closed in 1986. The Mile-Hi was demolished for redevelopment, while the once-luxurious Terrace sat in ruins for several years.

A 1991 article of the Casper Star-Tribune eulogizing the theaters says the Mile High was forced to close by the county to build the Agricultural Resource and Learning Center, which still stands on the property on Fairgrounds Road.

The Terrace closed “due to economic factors,” said former manager Ralph Zauner, describing repair and maintenance costs as “astronomical.” By then the rise of VHS movies and cable TV had eaten away any meager profits.

Wyoming’s last surviving drive-in is the American Dream in Powell, which managed an expensive upgrade to digital projection and continues to open during the summer months. Recently during the coronavirus, it has been the spot for drive-up church services.

Now, as social distancing is mandated and cabin fever grows, wouldn’t it be great if one of those drive-ins survived today?