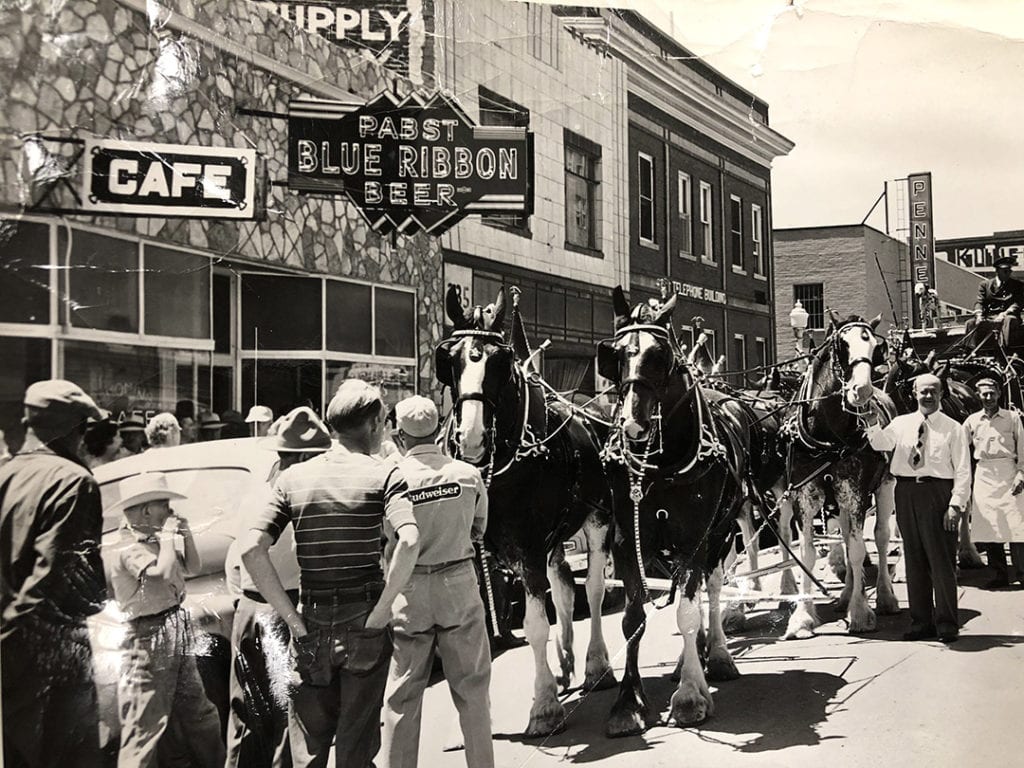 “Riley’s Bar with special appearance by the Clydesdales,” says the writing on the back of this undated print supplied by Anheuser-Busch, Inc. The photo, now at the Casper College Western History Center collection, shows the famous Budweiser mascots stopped on Second Street sometime in the late 1940s or early 1950s. The bar is now a parking lot. The Clydesdales visited Casper again several years ago and participated in the annual downtown parade. (Casper College Western History Center)

This post was first published on July 9, 2019, and has been updated with additional photos.

Like countless communities around the globe, Casper loves its parades.

Casper College Western History Center archivist Vince Crolla searched the college’s collection for the best parade photos made over the decades in the Oil City.

Contrast and compare this year’s downtown parade with these black & white memories from Casper’s past.