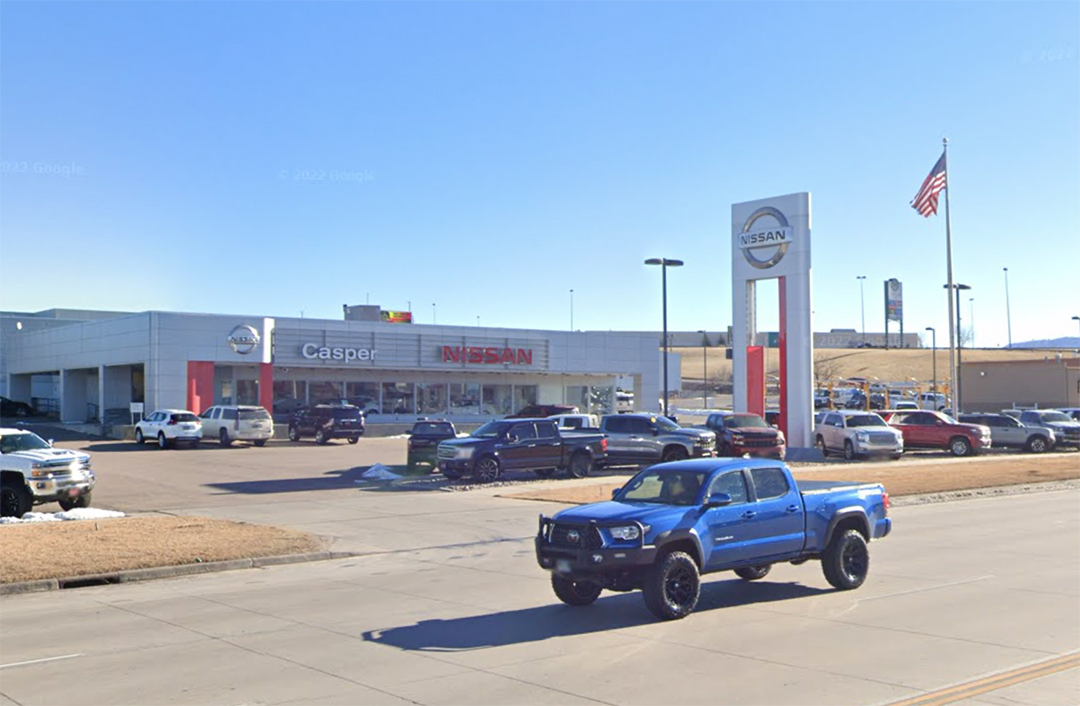 Nissan of Casper has been rebranded as Vista Nissan after being purchased by the Vista Auto Group. (Google Maps)

CASPER, Wyo. – Nissan of Casper is under new ownership as of Friday, Aug. 12.

According to a release, Vista Auto, which is part of the Summit Automotive Partners dealerships, took ownership of Nissan of Casper.

It is Vista Auto’s second dealership purchase in the Casper market after the group bought Foss Toyota late last year.

Nissan of Casper at 111 SE Wyoming Blvd. opened in 2014, bringing a Nissan franchise back to Casper after a years-long absence.

The dealership has been re-branded as Vista Nissan.

“Casper has been extremely welcoming to the Vista brand, we are proud to be part of this great community and look forward to further serving their automotive needs” said General Manager, Ben Harrison in the release.

According to the release, Summit Automotive Partners is based in Centennial, Colo., and operates “an integrated network of 23 dealerships representing 14 manufacturers and 5 brands across 6 states.”