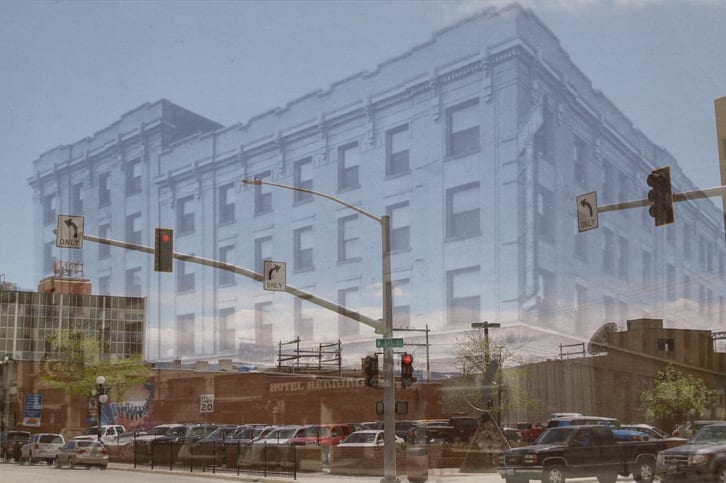 The Hotel Henning long stood on the corner of 1st St and Center St in downtown Casper. It was originally built as the Midwest Hotel in 1914 and among the first “modern” brick and concrete buildings in central Casper, which was mostly dirt roads lined by small wooden structures.

The Henning was one of a number of grand hotels built on and around the busy intersection in the early 20th century. Of the original structures only the Hotel Townsend survives, which has been re-purposed into the Townsend Justice Center after siting vacant for decades.

An undated vintage post card courtesy of Survivor AC Dealers owner Reed Merchat shows the Hotel Henning in its prime surrounded by 30s-era automobiles. At the far left of the photo a portion of the original Iris Theater can be seen. It was later renamed the Rex and eventually suffered the same fate as the Henning.