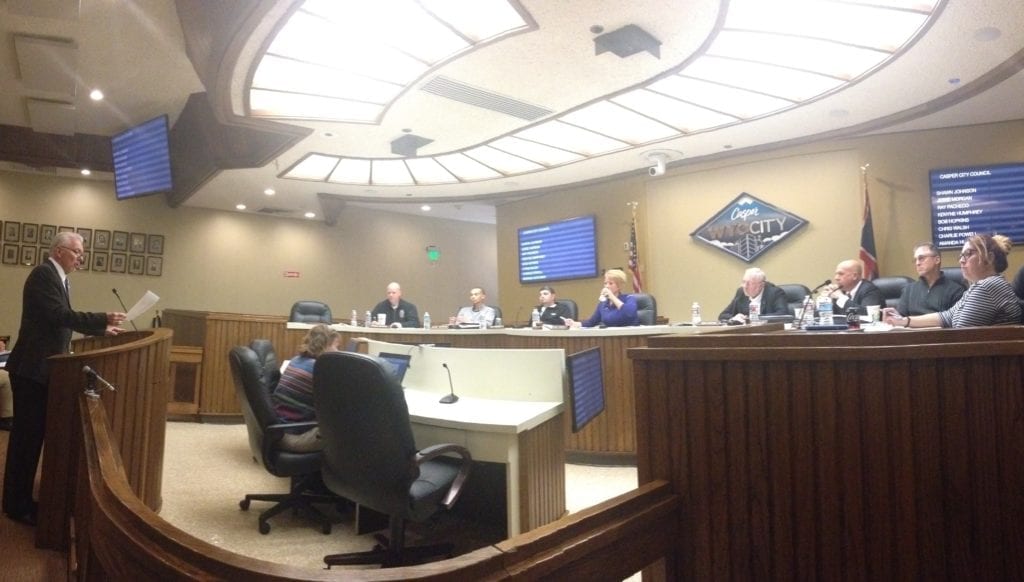 The interviews were conducted and a full compliment of the sitting Casper City Council adjourned to executive session to make a decision during the late afternoon hours on Friday.

The six interviews were conducted during a special regular session of the City Council on Friday, May 19th, 2017. The Council had originally scheduled the interviews to take place from 3:00 until 4:30 pm. However, Council began the meeting by announcing that one candidate had withdrawn himself from consideration. After that a brief optional recess was dispensed with and the Council ended up completing the remaining six interviews by 3:45 pm.

Laird will serve out the remainder of former Councilperson Todd Murphy’s term. Had Murphy served his full term, he would have finished in 2021. However the term for Laird will end December 31st, 2018. Mayor Humphrey explained this is to facilitate proper staggering of City Council elections.

Laird will have the opportunity to run for the Ward II seat in the 2018 election.

Murphy resigned from his seat in March, identifying the reason for his departure as being “due to certain issues, circumstances, and concerns, including health that will remain private and personal.” Murphy was elected in November of 2016.

Also interviewed for the position was Ken Bates, Lauri Gobble, Tim Kugler, Grace Niemitalo, and Paul Padd. Monte Henrie Jr. was scheduled to be be interviewed, but withdrew from consideration before the meeting.