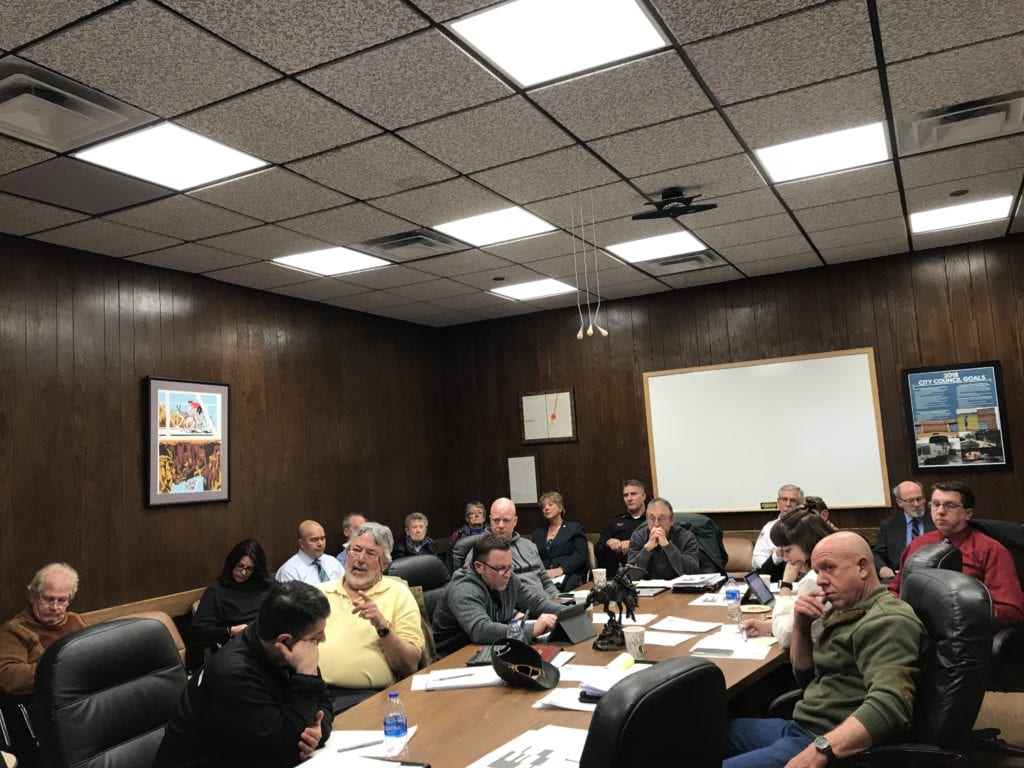 The Council moved to pro-rate the cash awards that would be allocated in order to get the figure down to the $21,900 they’d set aside for 2019 Community Promotions funding. They also discussed eliminating some of the in-kind funding their votes would have awarded. The Council asked the City Manager’s office to prepare the changes to their proposal.

A memo from Assistant City Manager Fleur Tremel to the Council explained that the $26,113.04 Council had voted to allocate was more than the $21,900 Council had previously set aside. The City Manager’s office compiled the voting results of the council members to come up with the proposed figure.

The figure included a proposed $9,222.06 in cash allocations in addition to $16,890.98 in facilities and in-kind allocations. The Council had been considering the Community Promotions funding over the past several weeks. The 13 applicants seeking funding had requested a total of $112,666.97.

Proud to Host the Best, an organization sponsoring state high school culminating events would receive the highest cash allocation of $3,342.67 according to the votes as previously tallied. The Nicolaysen Art Museum would receive the most in-kind support for 2019 Nic Fest at $6,146.48 and Casper Amateur Hockey Club stands to receive $5,156.25 in fees waived for its rental of Casper Ice Arena for spring tournaments.

The Casper Figure Skating Club is set to receive $1,443.75 of the $2,887.50 facilities allocation they had requested to host the 2019 Casper Invitational Competition. The organization said the outcome of the Community Promotions funding could affect the number of participants at their event.

“It would require Casper Figure Skating to use their own resources which could impact the ability to operate properly through the season as these funds are normally used for club ice time, coach fees, insurance, other essential items and putting on our annual show for the community,” Casper Figure Skating Club Coach Shelby Andress said.

Special Olympics Wyoming said that if don’t receive their full request, they would still find a way to hold the event and that they understood the funding was not guaranteed. But they did say that finding the funding they need for their events can be a challenge.

“The challenge – and we all feel it – is that our fundraising events have been significantly curtailed with the economic downturn in Wyoming,” Special Olympics Wyoming President and CEO Priscilla Dowse said. “Conversely, with our budget decreasing participation and demands for our program have increased.”

As things currently stand, Special Olympics Wyoming is set to receive $1,575 of the $3,150 they had requested in in-kind funding.

The Natrona County Library would only get $227.78 of the $15,000 they’d requested to bring a famous author to Casper for a book signing event.  They previously told Oil City that without the Community Promotions funding, they might not be able to put on the event. The Council considered eliminating the proposed award to the library.