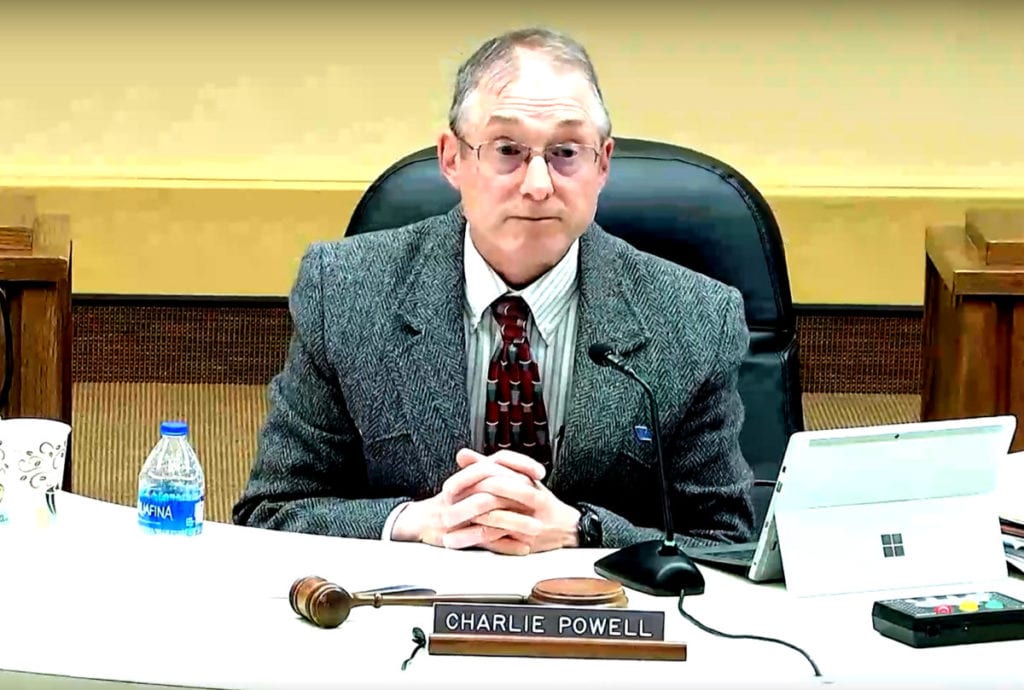 Casper Mayor Charlie Powell says that he sees good things in the city’s future. He wants to work with Council and do what he can to help make those things happen.

Powell said he sees a number of challenges facing Casper in 2019 but said the toughest thing for Casper is uncertainty regarding its revenue picture.

“We have no control over our sales tax revenue or what the Legislature allows us,” he explained. “We have to forecast as best we can. But there’s only so much we can do. We have to live within our means and do the best we can and show [the Legislature] that we’re being good stewards of the money they allocate.”

Powell said that the Council will continue lobbying the Legislature to make sure Casper’s needs are understood. Powell suggested a similar action at the Jan. 29 work session. He told the Council that it should address a letter to the Legislature explaining why the Veteran’s Skilled Nursing Facility should be built in Casper rather than Buffalo.

Though the mayor had budget concerns in mind, he said he also thinks of the Council’s other duties in Casper.

“[The Council’s] primary task is to do what it can to protect the safety of citizens,” Powell said.

He considered two issues currently facing Council in that light. Powell said that it’s important to him that Council carefully considers the proposed changes to both the Animal Care and Control Ordinance and the Liquor Ordinance.

“I think requiring dogs to be on leashes in public is reasonable,” Powell said. “It’s controversial, but we’ve also had a lot of people thank us for that.”

He said he thinks the Council has a responsibility to do something about the Liquor Ordinance to ensure public safety, though he said he also understands people concerned about the proposed changes.

“What we haven’t heard from people unhappy about this are other solutions,” Powell said, pointing to alcohol related problems like drunk driving and domestic violence. “These things have long term consequences for people.”

Powell said that he thinks the Council he’s working with is able to address issues like these.

“I’m very happy about the [Council] selections made by voters,” he said. “We’ve got a group that’s able to work together and listen to each other. We like each other…or at least I like them!”

“I enjoyed working with Mr. Patterson,” Powell said. “I don’t think he’s gotten sufficient credit for the things he accomplished. But the controversy was difficult. Mr. Napier’s style is more measured.”

Powell added that he thinks Casper’s got good things ahead, but that it needs to do something about its law enforcement recruitment and retention.

“We need to get our police force up to full staff and keep it fully staffed,” he said.

“I just think we live in a special place,” Powell continued. “I love Casper and I’m honored to be mayor.”