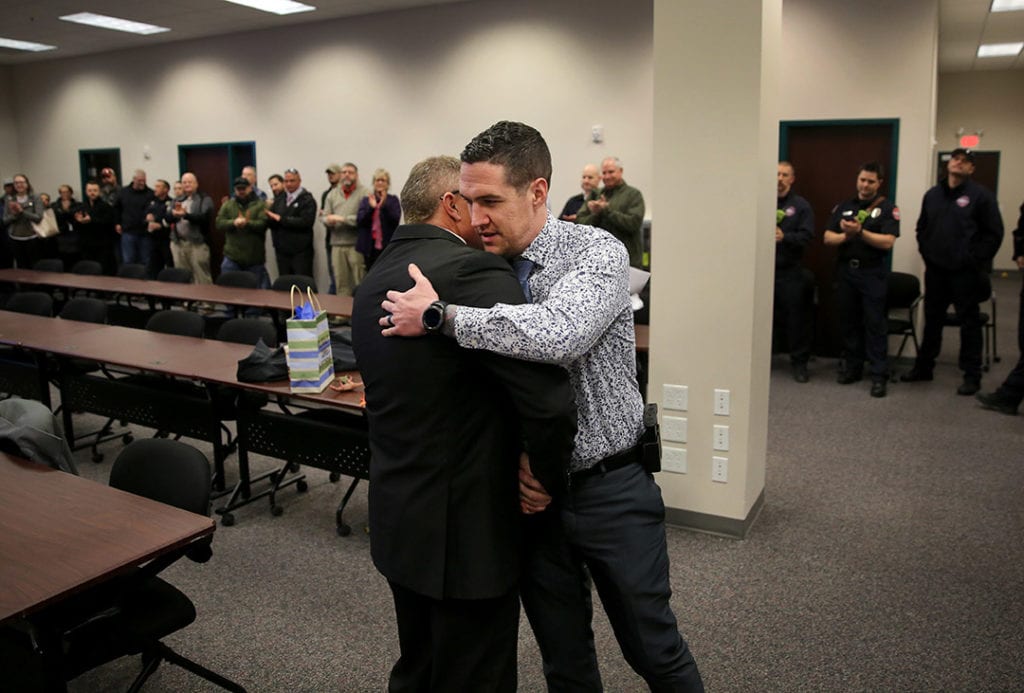 Considering everything Casper Police Officer Jacob Carlson has experienced during his tenure on the police force, his gallows humor is firmly intact.

“Having some gnarly scars and broken parts isn’t too bad…I’m on the right side of the ground,” said Carlson.

Officer Carlson was nearly killed during a shootout on May 6 last year. He was at the Wyoming Medical Center for over a month and received several life-saving surgeries during his stay.

Officer Carlson returned to duty after some controversy about the timing late last year, and earlier this month announced his decision to retire from the force.

“I have some long term ailments that are not going away,” said Carlson on Thursday afternoon.

“What I escaped with is pretty good compared to what it could’ve been.”

Carlson says he’d like to take advantage of numerous grants available to wounded officers to go back to school, but hasn’t made any firm plans.

He also says the Casper Police Department offered him an opportunity to do background checks on contract.

Capt. Shane Chaney, who met Officer Carlson when he started training for the force, gave a heartfelt talk to the crowd.

“It leaves a void,” Capt. Chaney told Oil City about Carlson’s retirement. “He’s one of the guys who never complained throughout this entire event,” he said of Carlson’s injuries.

“I wish we had a hundred more like him,” said Chaney.