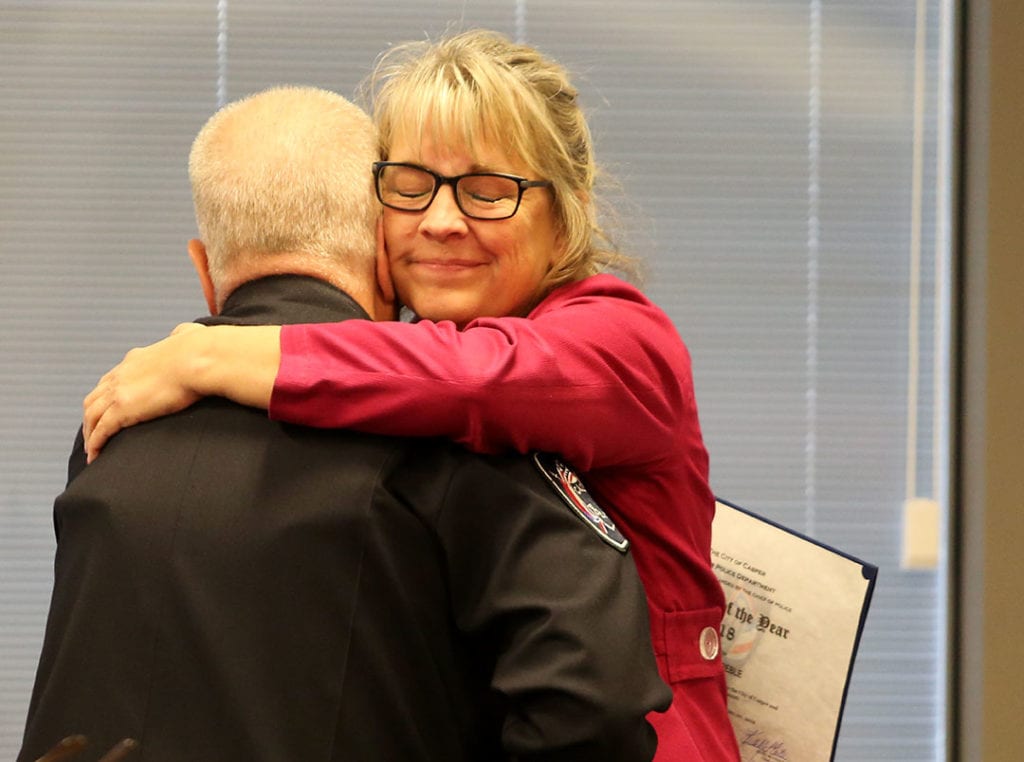 The ceremony started on a somber note following a press conference on a home shooting the previous morning.

McPheeters noted the manpower involved on that case meant a number of the officers honored on Wednesday would not be present, either because they were still working the case or had worked for an unusual amount of hours.

“It would be a gross understatement to say that 2018 was a pivotal year for the Casper Police Department,” McPheeters said. “We had a lot of things happening and great work got done.”

One of the major events was when a routine traffic stop turned into a shooting that nearly killed Officer Jacob Carlson, who recovered but retired last month.

“2018 was a tiring year for us. Despite that, the amazing work that has been done here in the city of Casper is something we can all take pride in,” said McPheeters.