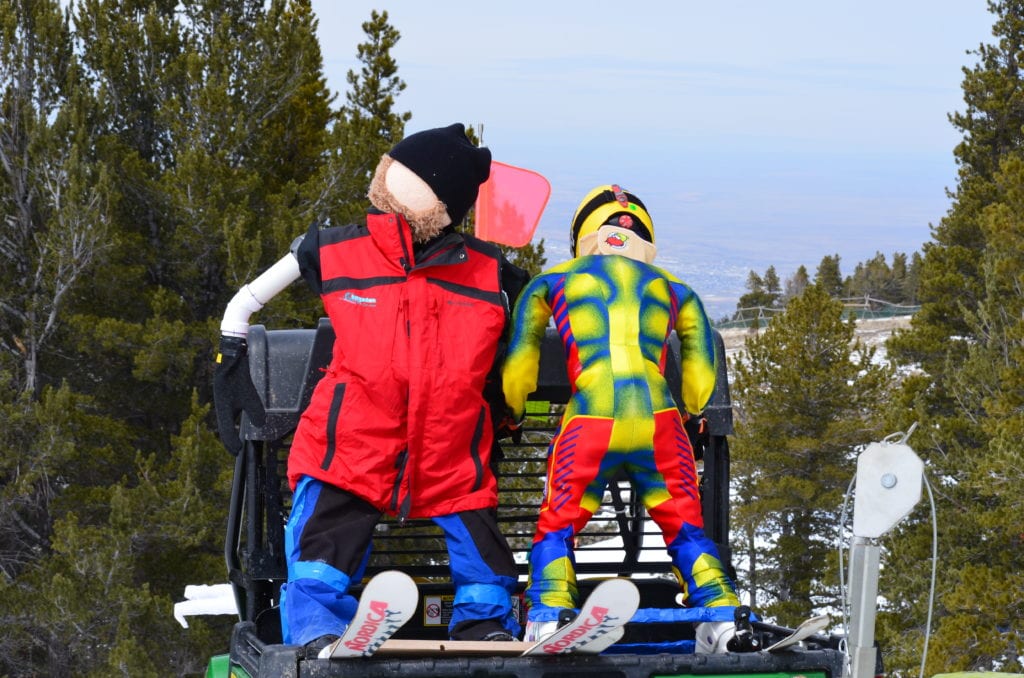 Photo courtesy of Hogadon and City of Casper

The Casper City Council discussed a proposal to budget $250,000 for a quad chair lift design during their Tuesday, April 9 work session.

Council told City Manager Carter Napier they would need more information before agreeing to include the proposal among the Capital funding projects being considered as Council works to establish a fiscal year 2020 budget.

“I would still like to know the number of skiers per open ski day at Hogadon,” Councilman Chris Walsh said at the meeting.

The proposal asks that funding be allocated to design four-seat lift chairs to work with the existing lift in order to increase rider capacity.

“Quad lifts are the industry standard,” a memo in Council’s work packet reads. “Previously staff had researched a three chairs lift, but since that is not standard, it is considered to be ‘customized’ and would cost more.”

“The City could instead buy a two seat lift like the one the City has, but it seems that the reduction in cost would not have enough value as there would be no increased capacity. Furthermore, the removal of the ‘red chairlift’ created more demand on the single system.”

“I would like to see the chair lift business at Hogadon continue moving forward becasue as far as concerns about the usage and any negative impact from the fact that we have limited lift capacity up there, a lot of those things can be answered as we move along with the process,” Huber said.

“But I can tell you what the outcome of that’s going to be. You’re going to find that there are a lot of people that don’t come up there because they have the perception, and in some instances it has been promoted by the press, that that chairlift is old and ‘rickety,’ to quote the newspaper a few years ago, which is just absolutely not true.”

“But also we have lift capacity issues, and so I think that if we really want to treat that as an asset we need to be continuing to move forward and look forward about how to improve those things.”

Mayor Charlie Powell pointed out that putting money toward chair improvements might push back the timetable for a larger project—replacing the lift itself.

“It was also discussed in the Hogadon Master Plan that we need a completely new lift because the technology system is so old,” Powell said. “Obviously if we invest a lot of money in new chairs, that would probably defer even further ever getting to the point where that new lift would happen.”

Napier said that he would be comfortable with deferring discussion about the proposal to a later date.

“My suggestion would be that we go ahead and remove that quad lift from the itinerary,” he said. “Maybe in the interim period between now and whenever this might come up again for funding consideration we can have a work session on the matter to really dig deep into the conversation about the lift issues and maybe even broader Hogadon issues.”

Council is expected to establish the FY 2020 budget in May or June.