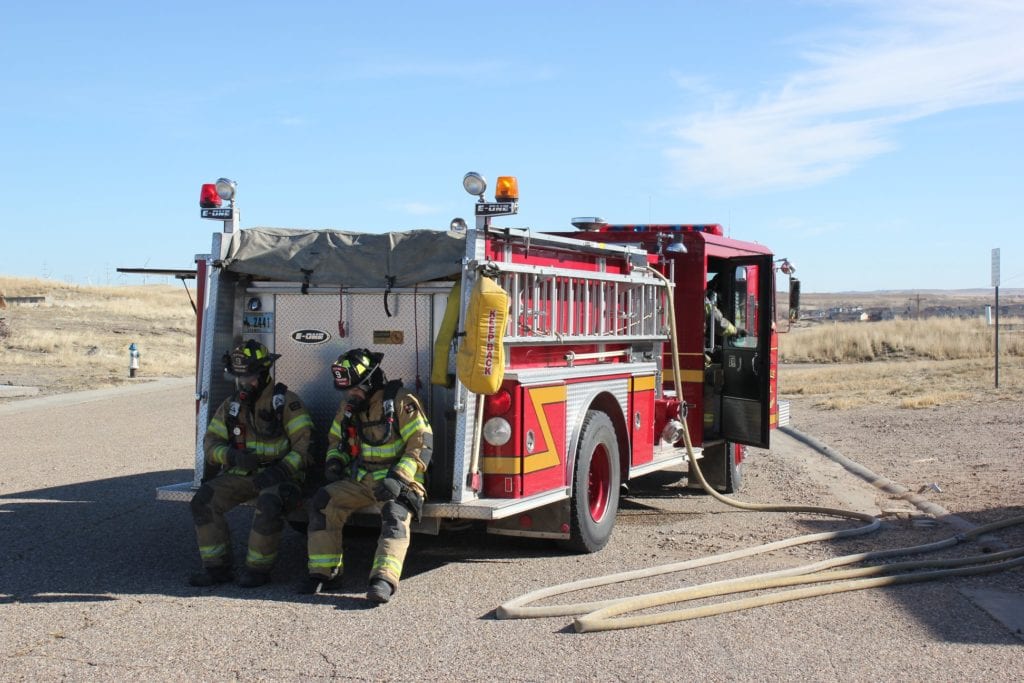 A Thursday press release issued by the Town of Mills said that Mills will contract with outside agencies after June 30 to provide daily fire and emergency services.

That will affect the nine firefighters employed by the Town of Mills, though Mills Mayor Seth Coleman said Mills plans to retain a fire administrator to conduct services such as investigations.

Oil City spoke with Coleman on Tuesday, and is working on an article to share what was said in that discussion.

The full April 30 Town of Mills press release is included below, unredacted:

For the past two years, the Town of Mills has been working on a solution to prevent the Town from losing approximately $800,000 annually, while keeping the Mills Fire Department fully staffed and operational. However, as these efforts were not proving to be successful, the Town Council made the tough decision to reduce the staffing of the Mills Fire Department to only administrative staff, while undertaking the creation of a department that meets the needs of providing emergency services in the most cost-efficient way. At this time, we are exploring several potential options but desire input from our residents and those of Natrona County in order to find the best possible solution

Several factors have led the Town of Mills to make this difficult decision. First, the Mills Fire Department is one of only a handful of full-time municipal fire departments in Wyoming.  The fire department operated as a volunteer department until 2007 when it became a blended volunteer/paid department.  At that time, the ambulance service was projected to yield a revenue stream that would support the entire department, but that goal has never been realized.  Recently, the Town of Mills has only been collecting 30% of total department revenue due to Medicare and Medicaid cuts and write offs. Annual fire department billing amounts have been well over $1 million with write offs ranging from 70% to 80%.  As a result of this, most of the cost of the full-time department in Mills is funded by tax revenue which is typically spent on other public services by other municipalities in the state of Wyoming.

Secondly, the cost to operate a full-time fire department in Mills has become an unworkable burden on the Town’s infrastructure. It has become fiscally unsustainable to continue expenditures at the levels we’ve experienced over the last few years, however, it is also absolutely imperative that the level of services received by our residents remains high. In fiscal year (FY) 2000, as a volunteer fire department, the budget was $60,000. By FY 2007, at which time the department was a blended volunteer/paid department the budget increased to $220,000 and then to $456,000 in FY 2008 when more paid positions were added.  In FY 2014, with a transition away from blended volunteer/paid department to a full time paid department the budget for the fire department rose to $859,000. The FY 2019 fire department budget was $1,086,000 before a reduction to $919,072.00 was made in a budget amendment to reallocate funds not used because of unfilled paid positions within the department.  The revenue collected from the ambulance service is $145,000 to date, for FY 2019.  The current cost per day to operate the fire department is $3,000. The department on average responds to 1.5 calls per day, with three fire fighters on staff per shift. The Mills Fire Department currently employs nine trained personnel, much lower than what a volunteer department typically has available to it for emergencies.

The Town has explored many options to address these issues while funding the existing full-time department.  These included looking at sending Mills fire fighters to other emergency events around the Country when needed; having fire department staff undertake other public safety related tasks in the Town; and changing the shift schedules to reduce cost.  The Town also took EMS billing in house from a third-party billing agency in November 2018 to save 10% of the ambulance revenue they received for providing the billing service.  However, these actions have not, nor will make enough of a difference in cost to solve this problem.

Neither the Mills Fire Department nor the Town are at fault for the economic shortfall.  Nonetheless, the fact remains that the Town is bearing a heavy economic burden that the revenue streams to municipalities in the State of Wyoming are not designed to absorb. While this has been occurring, the Town has struggled for several years to fund much needed repairs to infrastructure which impact the livability of the Town for its residents.  These neglected needs become more critical every year as can be seen from last year’s collapsed manhole that caused a sewer loss into Casper Creek. A limited number of grants are available from the State to deal with such issues.  Mills must act now to make One Cent funds available for leveraging grant funds to help repair such issues and prevent future health hazards.

The Town will be exploring available options to assure that the residents of the Town continue to receive emergency services.  Options which will be explored will include pay per call volunteer models, mixed full-time personnel that are reinforced by pay per call volunteer personnel and contracting with outside agencies while still using the infrastructure that has been acquired over the years.  All of these options will be explored in the coming months and the input of the Town’s residents will be taken.

The Town of Mills has never intended, and will not request, to have any agency cover the cost of fire response in our Town. The Town will seek partnerships in the interim where appropriate to provide the same level of service that is currently being provided until a structure is determined and established. These adjustments will service the needs of the Town within the budget that the current funding allows, without using One Cent funds for the operation.

As stated in our April 25th press release, the Mills Fire Department will be reduced to administrative staff who will perform the duties of building and occupancy inspections and emergency management planning and preparedness. We will look at all options available to provide a high level of service during this time of transition.  However, the Town is unable to continue its prior arrangements for fire department emergency services as this has become non-viable.  After several years of researching potential solutions without success, the Council found it necessary to take immediate action based on the current circumstances. The intention of the Council is to bring these issues to the public forefront and work to make necessary changes to reach the best possible solution.  The first and foremost priority of the Town of Mills will be to ensure that emergency service needs are met, but we must tackle this difficult process before we have created an even larger issue of backlogged infrastructure issues.