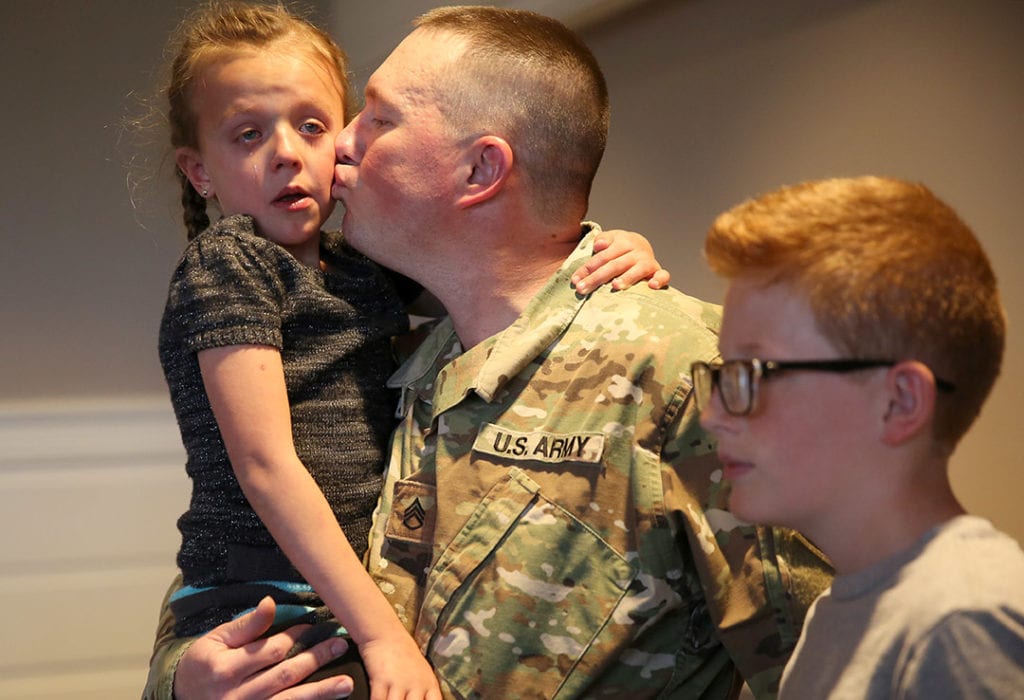 A ceremony was held in a packed Natrona County High School auditorium on Wednesday afternoon for 160 soldiers and their families before their deployment to the Middle East.

The Wyoming Army National Guard 2nd Battalion, 300th Field Artillery soldiers are deploying for military missions as part of forces assigned to the U.S. Central Command area of responsibility, according to a Wyoming Military news release.

They will first head to Cheyenne before going to Fort Bliss, Texas, for mobilization training.

Lutz, a Natrona County Sheriff deputy, was preparing for his third deployment since joining the National Guard out of high school.

After mobilization training, he expected to be sent to Kuwait before being deployed to other areas.

According to the Wyoming Military, this is the sixth time unit members have deployed since Sept. 11, 2001.

Deploying soldiers in the unit come from surrounding states including Colorado, Idaho and Montana, and from a number of Wyoming communities.

Two of the soldiers deploying are members of the Casper Police Department, according to an email from the CPD.