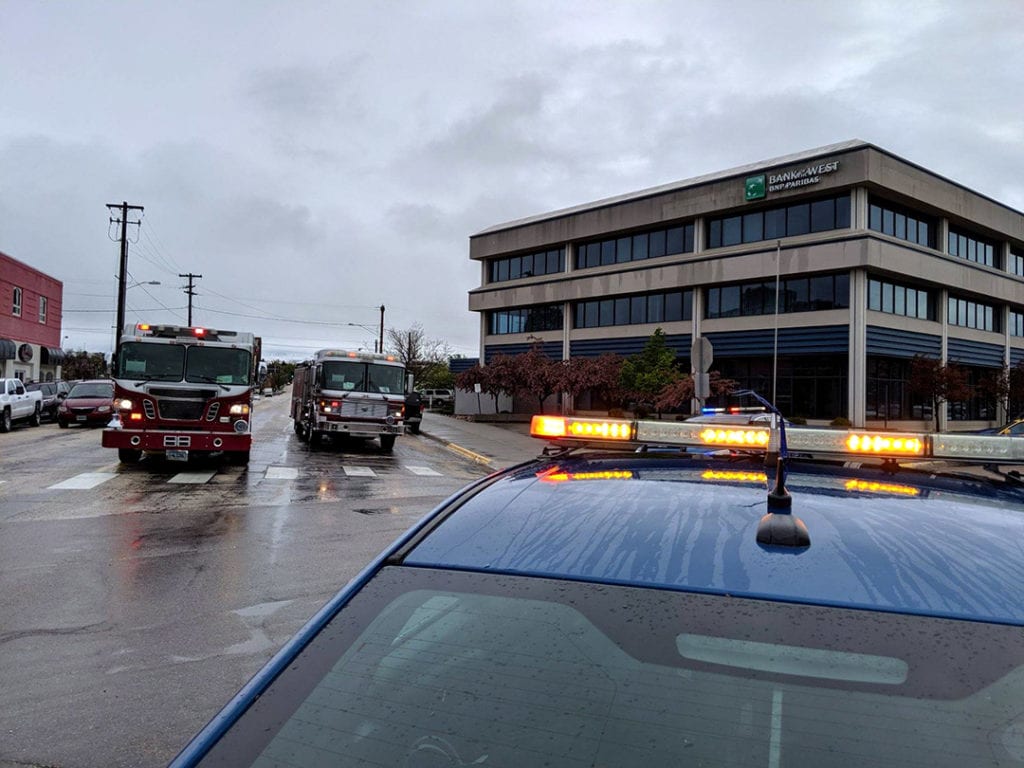 Crews respond to a call for smoke at the Bank of the West building in downtown Casper on Wednesday afternoon. (Trevor T. Trujillo, Oil City)

Casper Fire-EMS responded for a call for a possible fire in the electrical room at the Bank of the West building in downtown Casper.

The building was evacuated and searched floor by floor, according to scanner traffic. The spokesperson couldn’t say how many people were evacuated, but the parking lot was mostly empty when they arrived.

Fire fighters found smoke in a stairwell but none on the floors, according to scanner traffic. The source of the smoke was determined to be originating from a systems room on the third floor.

There were no injuries, and damage or cause are unknown.