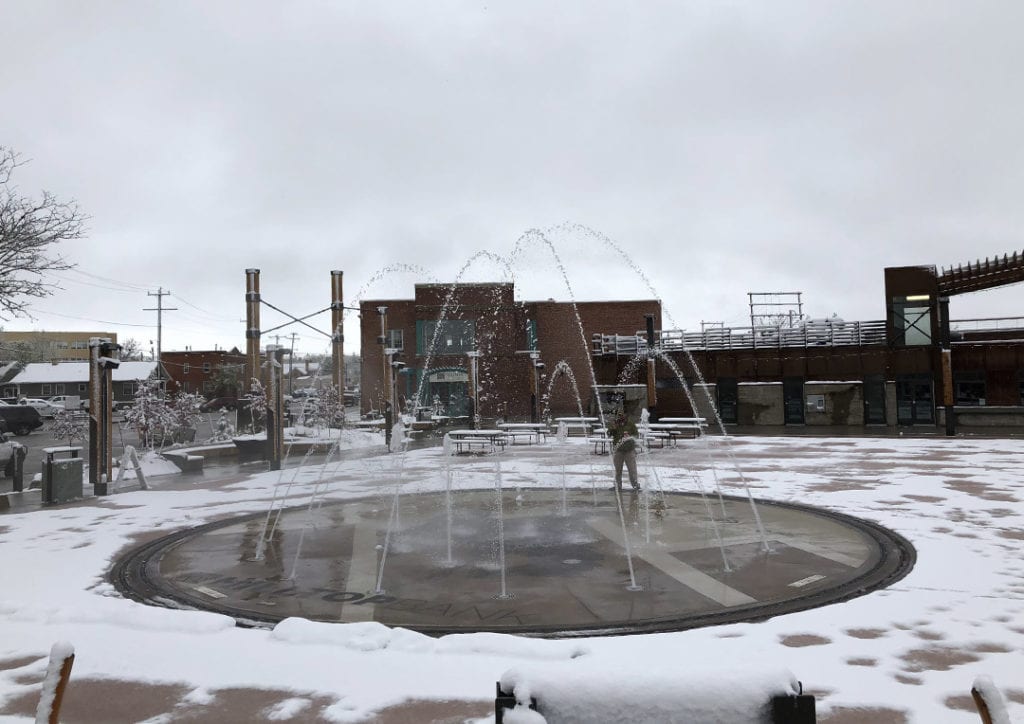 Crews run the water at the David Street Station splash pad on Wednesday morning in the Old Yellowstone District. The splash pad is being prepared to open for the summer season. (Dan Cepeda, Oil City)

The David Street Station splash pad came back alive briefly on Wednesday morning as crews tested and de-winterized the system.

Crews from Casper Building Systems were testing pumps and troubleshooting some of the nozzles.

A new logo for sponsor Hilltop Bank was added earlier in the month. The logo is made from an epoxy mixed with sand and grit to give the surface traction when wet.

The splash pad was converted into an ice skating rink over the winter season, and underwent maintenance and resealing after it closed in February.

It’s scheduled to reopen as a splash pad on June 1.