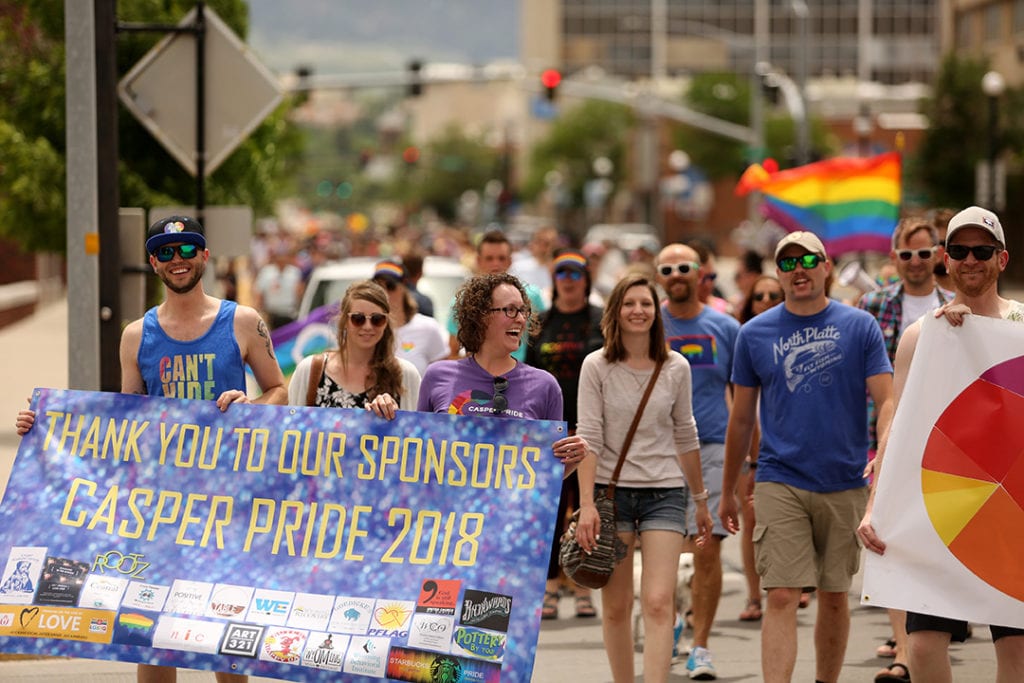 The year 1969 is filled with many pivotal moments in U.S. history.

Just for example – Apollo 11 landed on the moon, the Beatles played their last live “show” on a London rooftop, Charles Mason and his cultists murdered seven people, and Woodstock happened.

In late June of that year something else happened.

Many historians believe Stonewall is ground zero for the mainstream gay rights movement across the country.

That’s when New York City Police raided a gay bar called the Stonewall Inn, as they often did, roughing up patrons along the way.

This time they were met with resistance from both the patrons and neighborhood residents, and the fights escalated to full blown rioting which in turn brought the treatment of gay people to the center of attention.

Fifty years on, two of the five Casper Pride board members, Mallory Pollock and Ryan McConnaughey, are in the final stages of planning this year’s Casper Pride celebration.

It’s entitled “Trailblazers” in memory of the people who’ve worked for equality over the past five decades.

There are more events than ever in the four years of Casper Pride, 13 in all just this week, starting tonight at The Table.

“The new exciting event this year is the Art of Pride,” said Ryan, referring to the art exhibit and show at the Nicolaysen on Thursday evening.

“It features music, dance, fire dancers, and videos of people about their experiences coming out in the community.”

PFLAG organized the video testimonials, which feature people of different generations discussing their experiences as an LGBT person in Wyoming.

Other highlights include the Drag Show on Friday night at the Backwards distillery in Mills, an open mic night at Racca’s Pizzeria, Pride in the Park on Saturday, and culminating with the Pride March on Sunday.

A full list and details of the events, which are open to everyone including allies of the LGBT community, can be seen at Casper Pride’s Facebook page.

Casper Pride Week takes place over some busy days in Casper, which includes Nicfest and the start of CNFR.

Ryan says Casper Pride is organized around regional Pride celebrations, such as Denver and Salt Lake City, so as many Casper people as possible can attend.

Ryan and Mallory both agree enormous progress has been made even since the first Casper Pride event four years ago.

“We had to discuss it a lot as a family and new business if we were going to associate our selves with hosting an event people might look down on,” said Mallory, who operates Backwards with her wife Amber, brother-in-law Chad and their parents.

“That was weighing on our minds,” she said, “but since then it’s been amazing. I can’t believe it’s only been four years.”

“There’s so much momentum behind it.”

Mallory says many of their original donations were done on the down low, but lately more businesses have expressed interest in sponsoring.

“Between last year and this year the sponsorships have been great,” said Ryan. “The community support for the event has really grown.”

“I think people realize there wasn’t backlash for supporting us…now we see people in the community who see it as a development tool,” said Ryan.

“Communities need to be open and inclusive if they want to have employees want to come live and work here,” said Ryan.

“That makes me think Casper Pride will grow outside of its five-day festival,” said Mallory.

Mallory and Ryan say the Casper community has been welcoming, but acknowledge that some factions in Wyoming’s legislature have recently been less so.

I think the reason you see a lot of this stuff at the legislative level is because they’re listening to the loud voices,” said Ryan.

“So for us to do these kind of things and create this kind of community just means that we have to become the loud voice on the opposite side.”