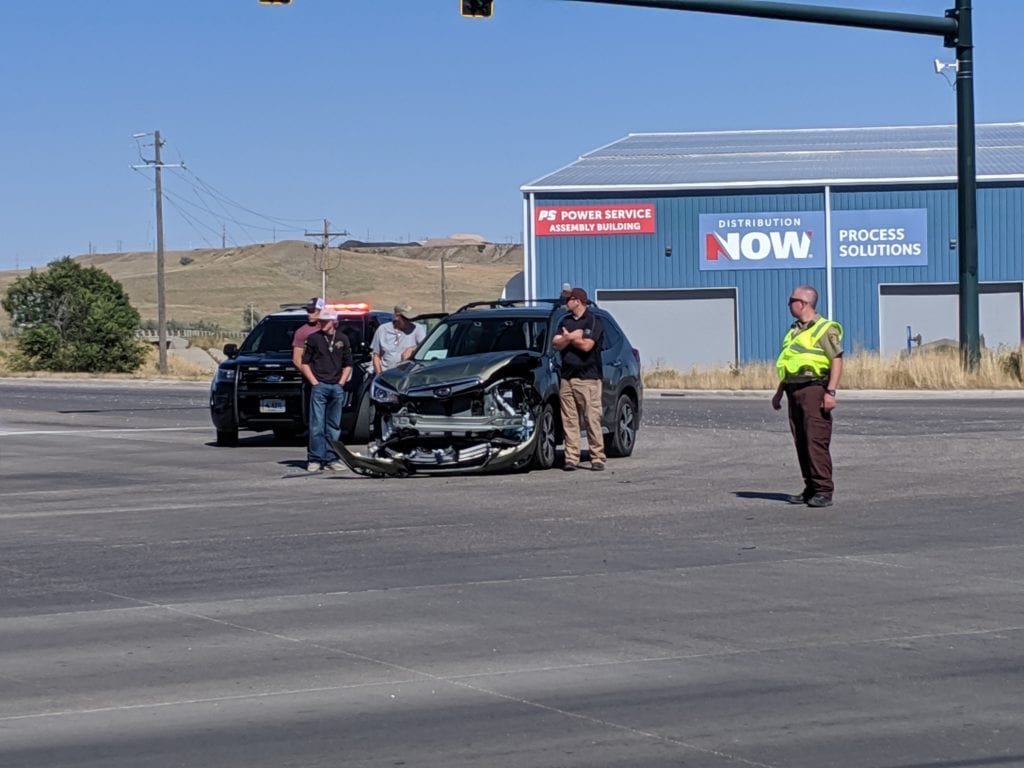 CASPER, Wyo. — A collision between a passenger vehicle and a truck hauling a trailer backed up traffic at the intersection of Highway 20/26 and 257 near Power Service, Wednesday afternoon.

The crash happened between 3 p.m. and 3:30 p.m. today. No serious injuries were reported.

At of 3:55 p.m. the accident was cleared from the intersection and traffic was allowed to move freely.

Troopers on scene say that the collision happened when a pickup truck pulling a small trailer entered the intersection, as the light had turned red. A passenger Subaru had a green light and had also proceeded into the intersection, and the Subaru’s front end collided with the driver’s side of the pickup.

As of 4:30, all vehicles had been towed from the scene, and emergency crews had left the area.