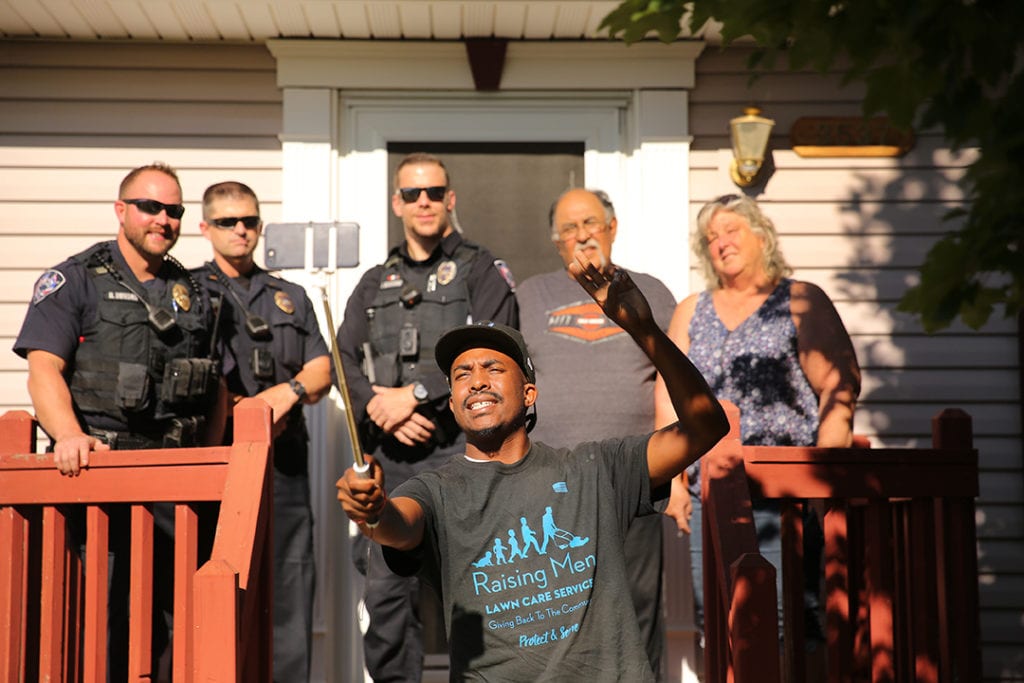 CASPER, Wyo. – Rodney Smith Jr. is on a mission. Again.

The founder of Raising Men Lawn Care Service is traveling the country for the sixth time, mowing lawns in ever state along the way.

On this tour he’s enlisting the help of local law enforcement, asking police to push a mower for veterans and elderly in their communities.

The Huntsville, Alabama native says he’s doing it to bring communities together.

“I decided to do something special for the police,” said Smith, “just team up with police officers and show the rest of the United States that there are so many good police officers out there.”

Dan and Barbara Atencio’s lawn was chosen on Tuesday. One of their sons is friends with a Casper Police officer and the ball got rolling. Dan is a military veteran, and three of their sons are in the military.

“We’ve been through eight deployments,” said Barbara. “I’m very proud of them, I can’t do anything but be proud, but it’s scary for a parent.”

Smith, who reports his daily activities on his Twitter and Facebook pages, wasn’t sure of the exact number of states he was on. He guessed Wyoming was 34 or 35. He says he relies on community support for hotels and travel expenses.

He’s in Billings, Montana, today and then off to Idaho.