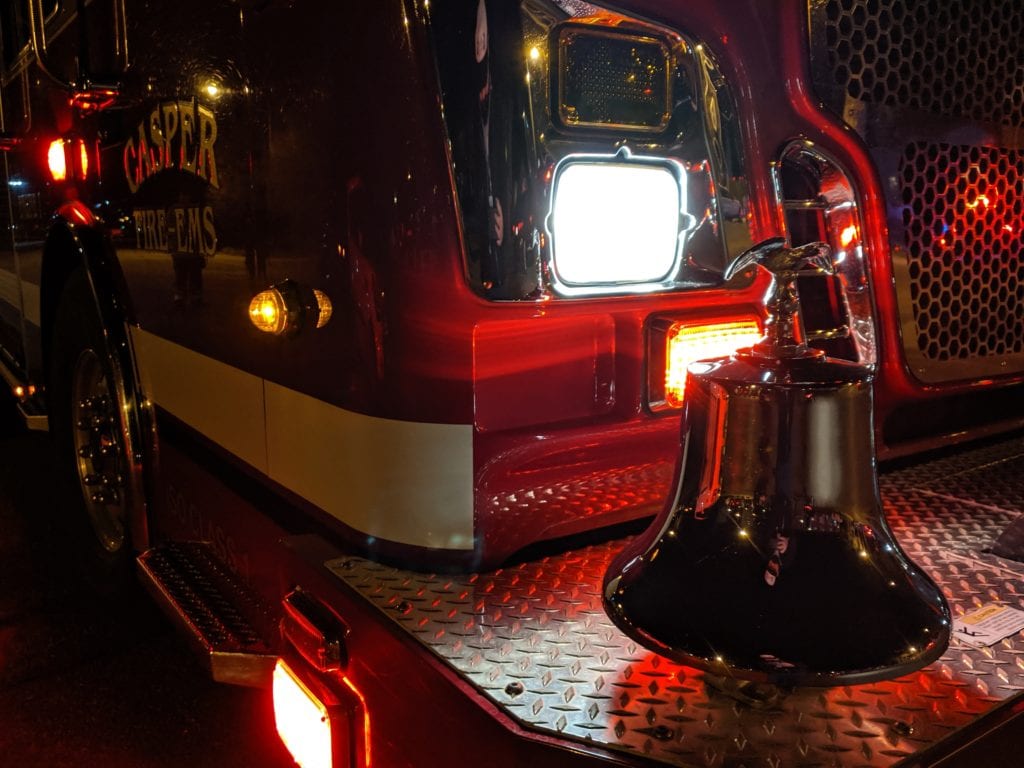 CASPER, Wyo. – Casper Fire-EMS units responded to a report of a structure fire at the Ramkota Hotel on North Poplar Street early this morning.

According to a release, the call came in around 1 a.m. with reports that “a room in the hotel was emitting smoke from the walls.”

A front desk employee reached by phone said the entire building was promptly evacuated after fire alarms were activated.

The employee said the hotel was fully booked at the time and the evacuation lasted between between an hour and an hour-and-a-half.

Casper Fire-EMS said the cause of the smoke was a malfunctioning HVAC unit in one of the rooms. The smoke was enough to activate the hotel’s fire detection system.

Fire crews isolated power to the malfunctioning unit, ventilated the room and checked for fire extension, according to the release.

Damage was limited to the malfunctioning unit and no further fire was found.

One hotel guest was checked on scene by paramedics for unspecified minor injuries, according to the release.

The release says five Casper Fire-EMS units and Chief Officers responded to the scene, along with a Wyoming Medical Center ambulance and an investigator from the Natrona County Fire Protection District.