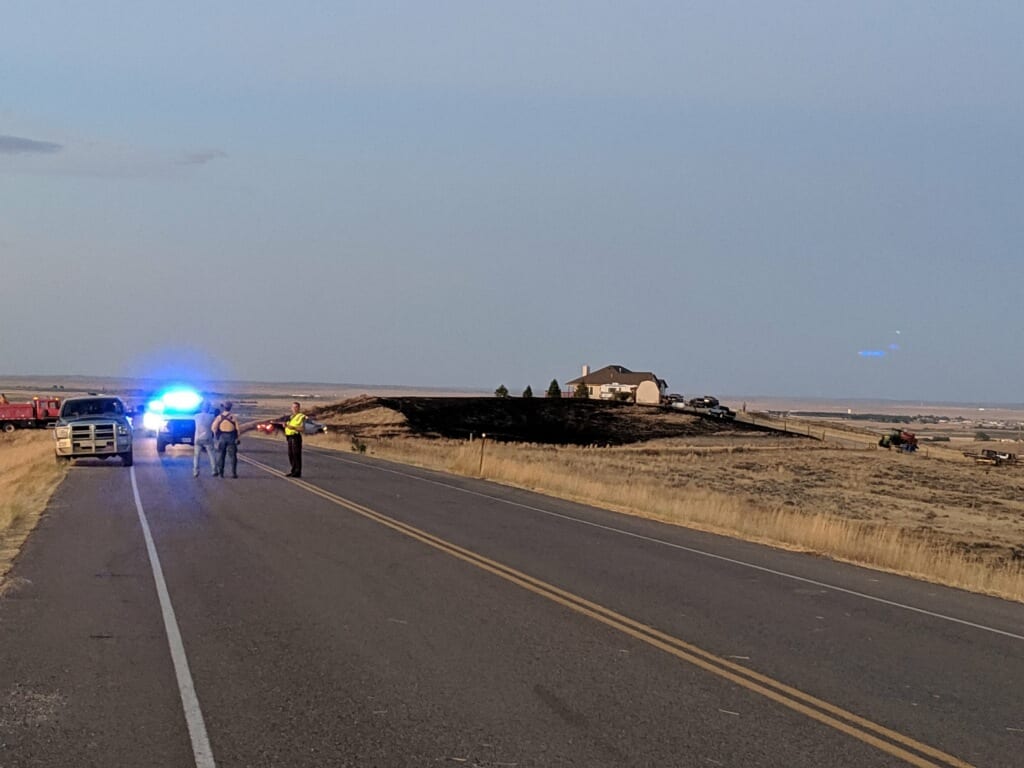 CASPER, Wyo. – The Natrona County Fire District responded to a wildland fire in the area of 10 Mile Road and Zero Road on Monday evening, according to a release from the agency.

The fire initially was reported around 5:42 p.m. burning on a hillside at the end of Zero Road. The report says a “sudden weather event” caused the fire to rapidly grow, moving to Poison Spider Road and threatening structures.

Trucks from Brush 7 and the BLM High Plains initially responded when the fire was roughly 2 to 3 acres in size. As the fire grew, evacuations were initiated and surrounding agencies were called, including air crews used to drop retardant.

The fire was contained to 87 acres, and structural damage was limited to two outbuildings.

Brush 7 remained on the scene overnight and will monitor the area today.