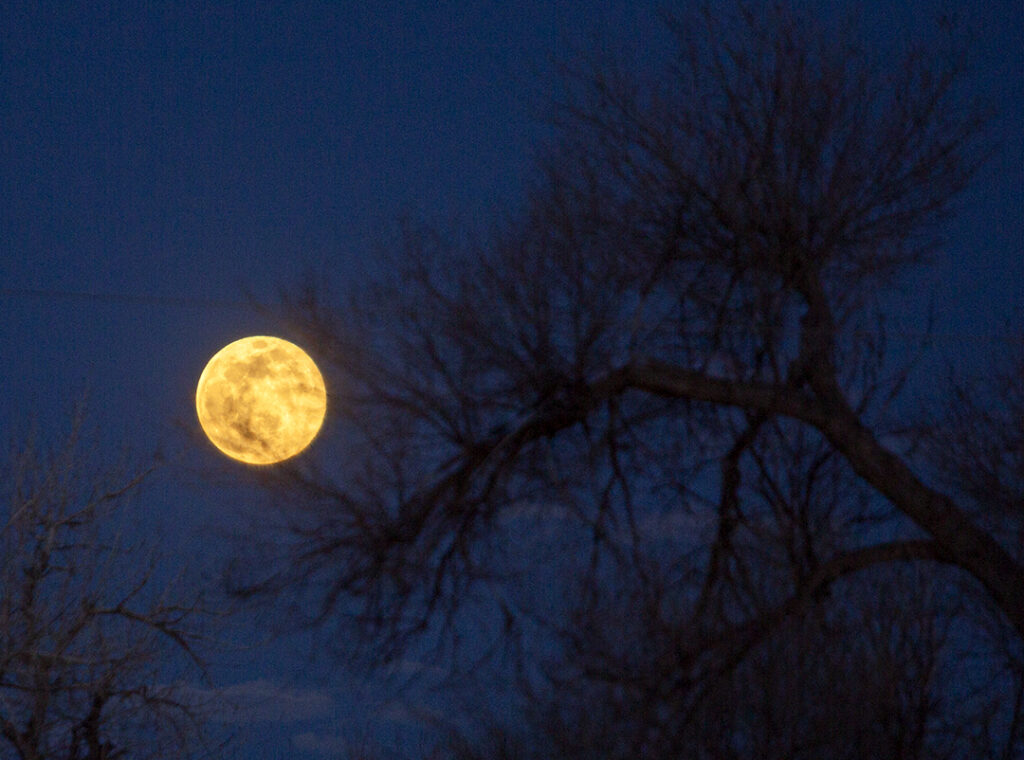 CASPER, Wyo. – Tuesday night was a perfect night for a howl.

Most people who walked out their doors last night were likely treated to a sonic and visual treat.

The sounds of shut-in neighbors howling has become something of an 8 p.m. COVID-19 tradition around the country, thanks to an effort started in Denver.

On Tuesday, howlers were treated to the sight of a “supermoon,” or the Super Pink Moon. Tuesday night’s moon appeared to be the largest of the year as it was closest to the earth.

Tuesday’s moon was “17,000 miles closer than average,” Thaller said, adding that not only will the moon look bigger in the sky tonight, it will also be about 30% brighter than the average full moon.

When on the horizon during moonrise or moonset, it appears massive to our eye thanks to the juxtaposition of familiar ground objects.

The moon will still appear impressive tonight, according to Space.com, but a slight sliver of darkness will be visible on the right side.

So go out and enjoy near-supermoon howl tonight, the skies will be clear.