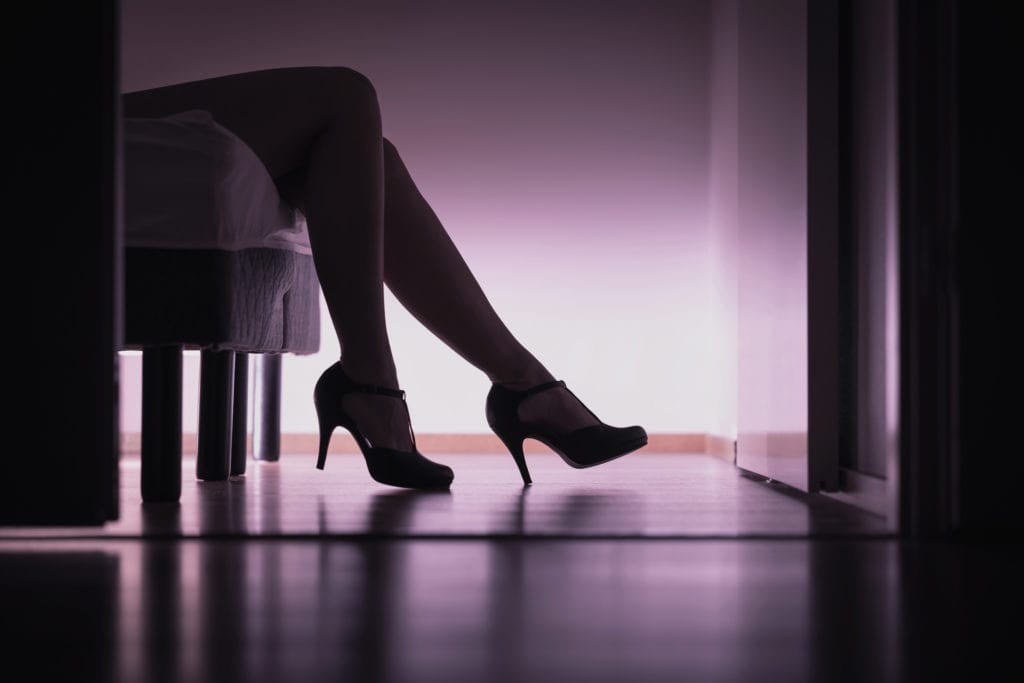 CASPER, Wyo. — The Casper City Council have been working toward passing a new ordinance that aims to give law enforcement greater ability “to investigate and prosecute prostitution, both against business owners involved in human trafficking and against individuals who solicit prostitution,” City Attorney Jon Henley explains in a memo.

While the intent of the proposed ordinance looks to help crack down on human trafficking, new City Council member Kyle Gamroth said on Tuesday that he had a question about the scope of the ordinance’s definition of “performance prostitution” and whether it would have consequences for “OnlyFans” users.

“OnlyFans” is an app the the New York Times says has “changed sex work forever.” The app allows models and social media “influencers” to charge subscribers fees for access to pictures and video and offer tips “to get pictures or videos created on demand, according to their sexual tastes.”

Casper’s proposed prostitution ordinance defines performance prostitution as “any touching, manipulation or fondling of the sex organs and/or aerola by one person upon themselves or by one person upon the person of another, whether by touch of the physical use of other items, for the purpose of sexually arousing or sexually gratifying the person who paid for and/or financed the sexual arousal or sexual gratification.”

Gamroth said that some people rely on the OnlyFans app to generate some money for themselves on the side.

“I would just want to make sure we are not criminalizing something like that,” he said. “If this definition is broad enough to include that, I would have concerns about it.”

Deputy City Attorney Wallace Trembath said the the definition would likely apply to activity on OnlyFans conducted in the City of Casper.

He said that the city council could consider adding the phrase “in-person” into the definition of “performance prostitution” to avoid criminalizing OnlyFans.

The council decided to postpone their third reading vote of the proposed prostitution ordinance to allow the attorney’s office to consider language to amend the ordinance so that it wouldn’t prohibit activity such as what occurs on OnlyFans.

Julie Bindel writes in an opinion piece for the Evening Standard:

Janine*, a 25-year old former stripper in a London club, tells me she was approached by a security guard in the club and told she could make ‘a small fortune’ if she were to open an OF account. ‘He said we could split the earnings, and he would advertise me on escort agency sites.

One myth about OF is that its female content creators are empowered but I spoke to Alice*, who signed up to the site last year after losing her receptionist job. Alice was told that she could earn “a fortune” by posting raunchy photographs of herself and was reassured there was no contact or harassment.

At first it was brilliant,” Alice tells me. “There was a little bit of semi-nudity and I was earning a fair bit, but then I came under pressure to film myself in pornographic poses and even having sex with a girlfriend. That’s when I got really upset and disabled my account.”

It is dangerous to claim that OF is safe. Very little is said about the devastating emotional and psychological effects on women of being bought and sold by men. Being treated as a commodity for consumption takes its toll. OF may have made a fortune for the likes of Bella Thorne, but for countless other women, it costs them dearly.

Henley says in the memo explaining the purpose of Casper’s proposed prostitution ordinance that there tend to be two common types of victims exploited for prostitution in human trafficking cases.

He said that some cases involve individuals who have come to the United States from other countries, having been promised employment and a path to citizenship. In such cases, the victims are “frequently vulnerable females” who find themselves trapped in situations where they are “used as a commodity in the sex trade.”

Henley said the other common victim of human trafficking are younger people “who have run away and are living under desperate conditions on the street.” Youth may then be “‘recruited’ with the promise [of] safety and employment,” Henley said.

However, as in the case of individuals who are trafficked who came to the U.S. from other countries, such victims also find themselves trapped in situations where they are used as commodities in the sex trade.

County 17 has taken a look at the way human trafficking tends to operate in Wyoming in a series of articles by  Jennifer Kocher. Kocher looks at both the system in which human trafficking can operate in the state as well as the process by which victims are psychologically manipulated in the following articles: