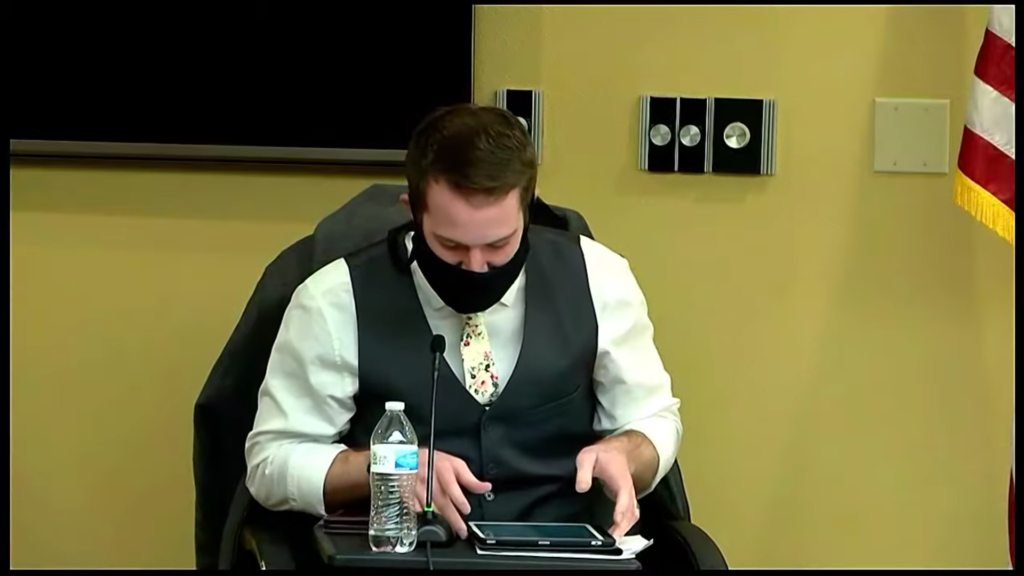 Gamroth said that he regrets having voted in support of the Casper Police Department accepting $35,000 from the U.S. Drug Enforcement Agency that will be available to reimburse officers for overtime when they “are directly involved in the eradication and suppression of illicit cannabis.”

The vote came as part of the city council’s “consent agenda” list. Consent agenda refers to a voting procedure in which the council votes on whether to approve multiple separate items at the same time.

Council members are able to vote against specific items on a consent agenda list. Both Council members Shawn Johnson and Amber Pollock voted against the Casper PD accepting the DEA funding during last week’s meeting.

“I do regret that vote,” he said. Last week’s meeting was Gamroth’s third meeting as a member of the city council, having been elected in the 2020 General Election to serve his first term on the council.

Gamroth said on his candidate Facebook page that he wished he had asked to have the item removed from consent agenda.

“[A]s I deliberated about the potential loss of federal money during a historic downturn, I felt I missed the opportunity to voice a nay vote, and painfully ended up voting aye instead,” he said. “The outcome of the vote would have been the same regardless, but still, I regret my vote and do NOT believe that taxpayer money (city, state, or federal) is spent well fighting the ‘suppression and eradication of illicit marijuana.'”

Had Gamroth voted against the Casper PD receiving the funding, the vote would have been 6-3 with the following council members having voted in favor of the entire consent agenda list: Steve Freel, Ray Pacheco, Khrystyn Lutz, Steve Cathey, Bruce Knell and Lisa Engebretsen.

Gamroth continued: “I’ve been very vocal, both during the campaign last year and also in all of the roles I’ve held in the mental health and substance abuse field, that I strongly support the decriminalization of personal use and possession of currently illicit substances and am an advocate for a public health/harm reduction approach to substance use.”

He added that he will “strive to learn the meeting rules as quickly as possible so as not to make similar mistakes in the future. I will also strive to avoid making decisions in haste, despite any external pressures I may be feeling in the moment.”

Gamroth said he would have liked to ask Police Cheif Keith McPheeters before casting his vote “whether his officers had already done some or all of the work in those past 4 months that could be reimbursed by this grant, because if so, I would rather the federal government pay those wages than our city.”

Since the majority of council approved the full consent agenda list, the Casper PD is authorized to accept the DEA funds. The funding is available to cover overtime costs for officers involved in marijuana investigations for the time period between Oct. 1, 2020 and Sept. 30, 2021.