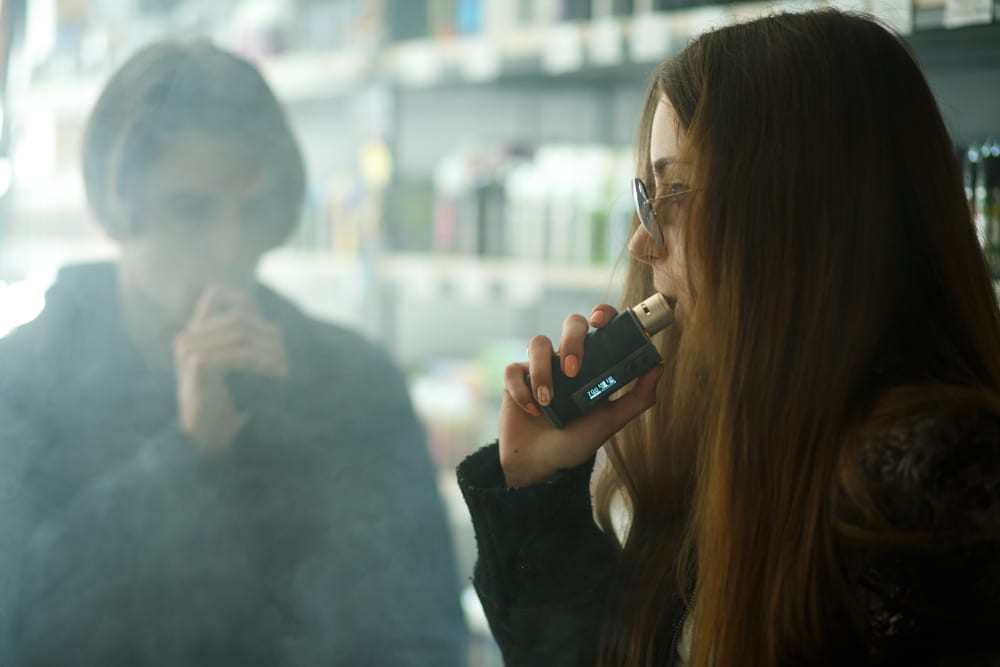 CASPER, Wyo. — The Wyoming Legislature had passed legislation during their 2020 budget session to raise the minimum age to legally purchase, possess and use nicotine products from 18 to 21 in an effort to align Wyoming law with federal law.

The legislature also established a new fine schedule for people violating the law. State statute sets possession fines for people under 21 at $25 per offense with no hike for subsequent offenses.

Casper’s current Municipal Code is out of sync with state statute in that the minimum age on the books to possess and use tobacco products remains 18 years old. Under Casper’s Municipal Code, first time offenses for people under 18 possessing tobacco products stands at $100 for a first offense, $200 for a second offense and $300 for a third offence.

Since the state raised the minimum age to 21 and is in that sense “stronger” than Casper’s local law, the Casper Police Department have not been charging violators into Municipal Court, according to Casper Police Chief Keith McPheeters.

Municipalities are able to set stricter rules than the state when it comes to controlled substances, but cannot set looser regulations.

While they have the option to take courses in lieu of paying the fines at the rate of $10 per course hour, Lamb said most youth are choosing to pay the fines. With fines for subsequent offenses remaining at $25, she suggested the monetary incentive to instead enroll in a cessation or education course has been weakened.

She told the council that curbing youth nicotine use effectively requires a “three legged stool of taxes [on nicotine products], prevention programs and smoke-free environments.”

Lamb said that the prevention piece is important since youth may not understand the health consequences of their choices.

“I picked up smoking when I was 14 and it was 12 years later that I finally quit,” she said. “I knew it was bad but I didn’t fully understand the consequences.”

Vice Mayor Ray Pacheco said he had spoken with Mercer Family Resource Center staff and that he had also heard that school resource officers have been expressing some frustration with the situation since youth don’t seem to be strongly deterred by the $25 fines.

Mercer offers nicotine education and cessation courses for youth. Council member Lisa Engebretsen asked Lamb, who also works at Mercer, how much money the nonprofit organization makes off of the courses.

Lamb said she didn’t know specifically but said that Mercer, like other nonprofits, is more dependent on grant funding and that the amount of money they may make from offering nicotine education courses is “pretty minute.”

She said the eight hour classes start at a fee of $45 but that Mercer offers a sliding payment scale for people unable to pay that rate and offer the class for free to people with an inability to pay.

“In talking with out peers, we would like to reassure you guys this is not a concern that most youth have,” Martini said. “We are more concerned about health effects that nicotine causes….We agree with making 21 the legal age.”

Engebretsen asked Martini whether she would sit through an eight hour nicotine cessation class.

Pacheco said that he previously worked at Mercer and has also taught tobacco cessation classes. He said he hears from his own children that vaping is a problem among youth with kids going into bathrooms at school to smoke.

He said that he thinks nicotine education prevention courses do work.

“I also know that Mercer House doesn’t make a significant amount on these classes,” Pacheco added.

He said that the lower fines may have unintentionally created “a little bit of a mess.” Pacheco said that he planned to discuss the situation further with city staff.

The council passed proposed changes on second reading Tuesday to Casper’s Municipal Code aiming to align the city’s law with the state. Pacheco said he would look at offering a possible amendment ahead of third reading that might address concerns that lower fines are pushing youth away from taking nicotine prevention courses.

Council member Shawn Johnson, who along with Council members Steve Cathey and Engebretsen voted against the proposed ordinance change on second reading, said he continues to oppose defining the age of adulthood inconsistently.

Johnson said that he supports a legal system which views a person as an adult in all ways at one consistent age, whether that is 18, 21 or some other age. If the age to purchase alcohol and tobacco is set at 21, he said the age to enlist in the military and to get married should also be set at 21.

He said that inconsistency in the legal definitions of adulthood “just doesn’t make any sense to me.”

Council member Amber Pollock asked whether higher fines are the main incentive to encourage youth to enroll in education programs or whether having their record expunged by taking such a course was the larger incentive.

City Attorney John Henley explained that Wyoming’s nicotine law allows for people’s record to be expunged six months after having been convicted of an offense if they have paid their fines, regardless of whether they have taken a cessation program.

Council member Khrystyn Lutz noted that the council has the ability to set stricter rules than the state.