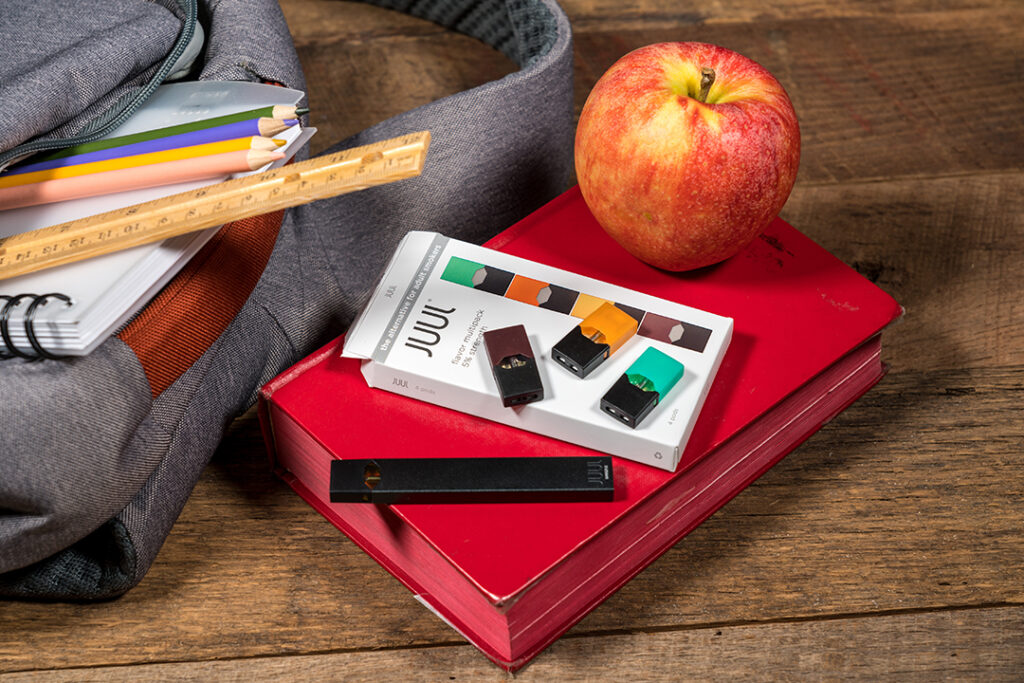 CASPER, Wyo. — Wyoming’s new nicotine law which took effect July 1, 2020 set fines for people under 21 cited for using nicotine products at $25 per offense with no hike for subsequent offenses.

“$25 is not working,” he said. “They are paying the $25 and they are just going on and they are continuing to use nicotine.”

The Casper City Council have been working on updating the Casper Municipal Code to align with Wyoming nicotine law since the legislature raised the minimum age to purchase and use nicotine products to 21.

Under Casper’s current Municipal Code, fines for people under 18 possessing tobacco products stand at $100 for a first offense, $200 for a second offense and $300 for a third offence.

Pacheco said he will offer an amendment to the proposed changes to Casper’s Municipal Code ahead of third reading during next week’s council meeting that would require people 17 and under found guilty of possessing nicotine products to take nicotine education classes.

Pacheco said that he and Council member Amber Pollock met with members of the Mercer Family Resource Center to discuss the issue. He added that City Attorney John Henley and Casper Police Chief Keith McPheeters have also been discussing what an amendment would look like to require nicotine education courses for people under 18 caught using nicotine products.

While the proposed changes to Casper’s Municipal Code would raise the minimum age to purchase or use nicotine products to 21, Pacheco said the amendment he plans to offer would not require people 18-20 to take nicotine education courses.

“I think the 18 and older, I think we’re going to steer away from that,” he said.

Pacheco said he thinks nicotine education classes can be an effective way of getting people to recognize the risks associated with nicotine use.

Pollock said that the with the lower fines possibly leading to less high school and junior high students choosing to take education classes to avoid fines, requiring the classes would help the community avoid negative health impacts associated with nicotine use.

The council passed the proposed changes to the city’s nicotine laws on second reading during their Feb. 16 meeting. Before that vote, Natrona County Prevention Coalition Chair Whitney Lamb told the council that the lower fines are leading to youth choosing to pay fines rather than attend nicotine education courses offered at the Mercer Family Resource Center.

While youth have the option to take courses in lieu of paying the fines at the rate of $10 per course hour under state law, Lamb said most youth are choosing to pay the fines. With fines for subsequent offenses remaining at $25, she suggested the monetary incentive to instead enroll in a cessation or education course has been weakened.

She told the council that curbing youth nicotine use effectively requires a “three legged stool of taxes [on nicotine products], prevention programs and smoke-free environments.”

Council members Shawn Johnson, Steve Cathey and Lisa Engebretsen voted against the changes to nicotine laws in the Casper’s Municipal Code during the second reading vote.

Johnson has said on multiple occasions that he opposes defining the age of adulthood inconsistently. He said ahead of the second reading vote that he supports a legal system which views a person as an adult in all ways at one consistent age, whether that is 18, 21 or some other age. If the age to purchase alcohol and tobacco is set at 21, he said the age to enlist in the military and to get married should also be set at 21.

He said that inconsistency in the legal definitions of adulthood “just doesn’t make any sense to me.”