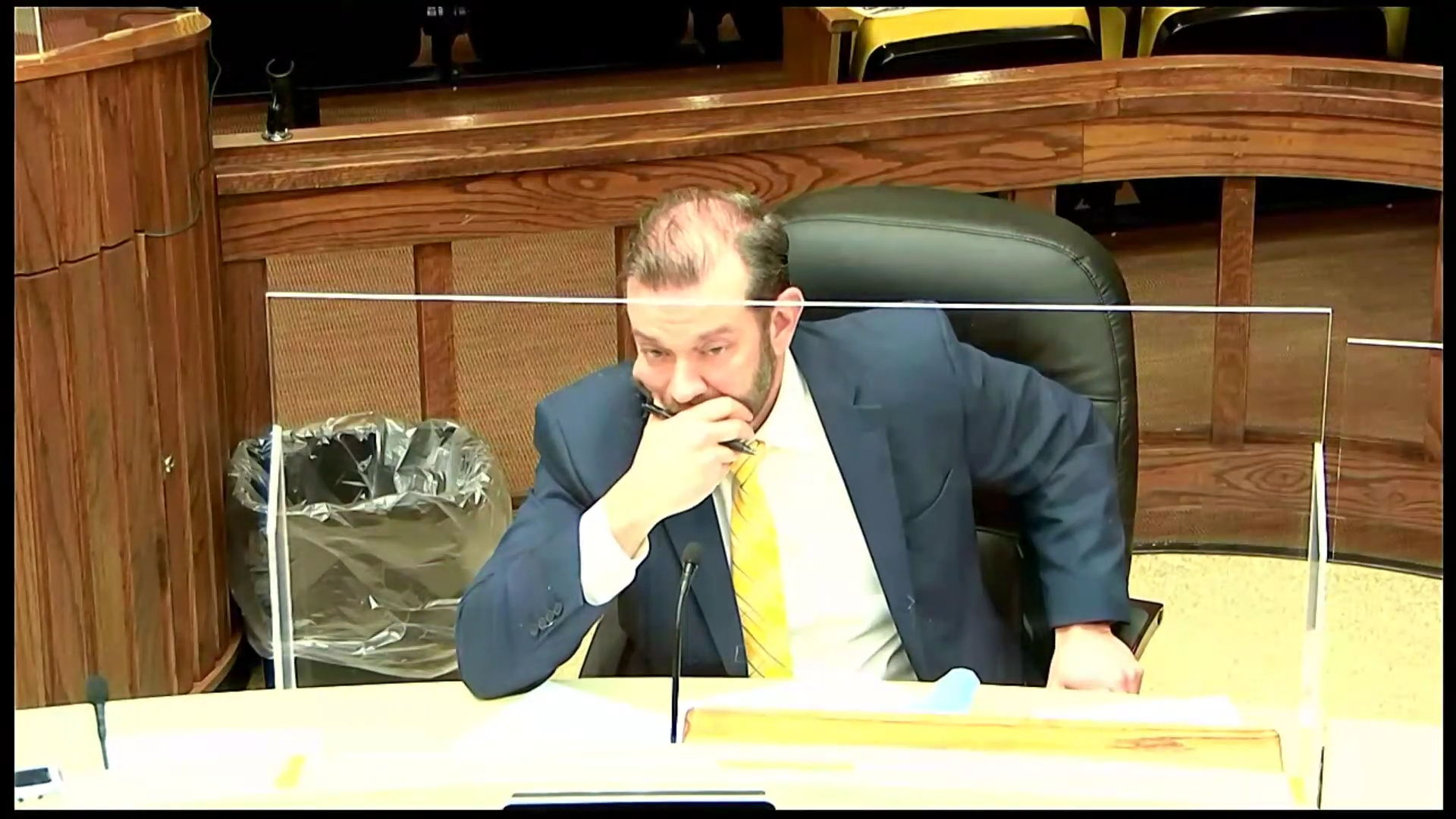 CASPER, Wyo. — The City of Casper is facing a number of pressing infrastructure issues that will need to be addressed in coming years.

As the Casper City Council looks to establish council goals and objectives for 2021, staff have identified a number of projects that would require about $178 million to address.

City staff said in a document intended to help guide the council’s discussion about setting goals that “the critical issue facing the City of Casper is its decreasing revenue portfolio especially in light of the troubling legislative tone and the increasing needs and backlog of maintenance not only
for city operations and infrastructure but also for all the organizations the city has historically supported.”

The city council on Tuesday held a lengthy discussion on the topic of setting goals and objectives. City Manager Carter Napier said toward the end of the discussion: “I think I’m hearing the council coalesce around some things.”

He summarized several priorities that emerged from the discussion:

Pollock said that with the city seeing “$178 million worth of projects just in this small list” that the city needs to develop a long-range capital plan that would prioritize projects and establish a timeline for realizing that plan.

While the city has conducted a range of planning and has worked with consultants to prepare reports on a variety of issues, Pollock said that a “fair criticism of these reports is that sometimes they just sit somewhere.”

Gamroth said he agreed with Pollock’s point regarding reports since those plans and reports “have a lot of data and evidence to support them.” Using these reports more effectively could help the city approach decisions more strategically, he said.

The plans would then “become living documents” without the city need to hire “all of these consultants all of the time,” Cathey said.

Freel said that something on his mind is identifying what Casper doesn’t have that would help attract new business and diversify the economy. Vice Mayor Ray Pacheco said that he thinks “the next five years are going to be a test” as the state struggles with declining revenues from the mineral industry.

He said that diversification in the state is “not what it should be.” With the state reluctant to find any new tax revenues, Pacheco said it will be important for Casper to figure out how to get things done despite a possible lack of funding.

Gamroth said that the Cheyenne City Council recently established a technology advisory council and that he thinks Casper should consider something similar.

He said that a technology council or an innovation and entrepreneur council could help drive the conversation when it comes to making Casper attractive to business development.

Gamroth said he thinks Casper has good entrepreneurial energy and that a council dedicated to that are is “something that I think would be cool for us to explore.”

He also suggested the council create a committee to look at trap, spay and neuter (TNR) programs or other ways to deal with feral cats. However, Cathey said he was reticent about forming such a committee since the council has heard TNR advocates say they were going to work on the issue but that those claims haven’t come to fruition.

Pollock said that the general suggestion of working with committees on particular topics was a good one.

“I do think that’s a really powerful way to harness the expertise, and the passion and the enthusiasm in our community,” she said.

Council member Lisa Engebretsen said she would like some background on how Casper was able to fund new infrastructure in the 1980s. She said she doesn’t recall the city being flush with funding at the time.

Napier said that city staff would do research on that question to present to the council and said such research might help identify solutions for the city to consider for the infrastructure needs it is facing now.

Council member Bruce Knell said he would like the council to switch around its meeting schedule since both the Casper City Council and the Natrona County Commission hold regular meetings on the first and third Tuesdays of the month.

He said that this is a barrier to people in the community wanting to engage with both bodies. He suggested that the city council could flip their work session and regular meeting schedule to address this conflict. The city council holds work sessions on the second and fourth Tuesday of each month.

Knell also said he remains hopeful that a committee working on the new police headquarters project will be able to find ways to fund the project without the $40 million estimated pricetag.

Freel said that he’d like the city to ensure that they are communicating with the public in a quick, effective manner. He said that he prefers an approach which gives citizens an idea of what the city’s plans are prior to plans getting underway.

Council member Khrystyn Lutz said that no matter what priorities the council sets, the revenue situation will likely decide for them. She said that she thinks the council will starting thinking in terms of “money in, money out.”

Napier said that with Casper’s revenue portfolio “possibly” shrinking, the council would indeed be forced to think hard about what facilities and programs city revenues go to subsidize.

Cathey said that in terms of the major infrastructure projects, the council wouldn’t be able to realize those this year but that they should figure out “what we can do this year to move forward on large projects….we’ve done enough can kicking.”

The council will continue their discussion of establishing 2021 goals and objectives at a later work session.

Their Tuesday, Feb. 23 discussion can be viewed online: