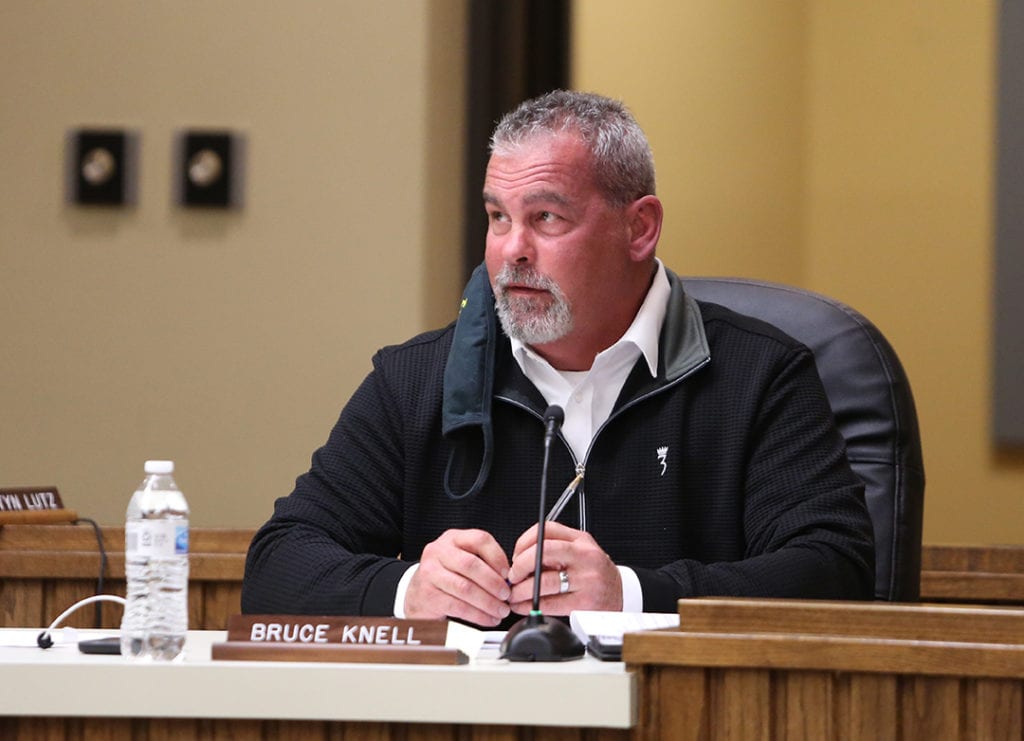 There were a few problems with Knell’s argument as Johnson, Pollock, Gamroth and City Attorney John Henley pointed out. First, Gamroth, while he later said he was against authorizing the acceptance of the funding, technically voted in favor of the Casper PD accepting the funding during the council’s Feb. 2 meeting.

Knell’s argument was that council members take an oath to the Wyoming and United States Constitution when sworn-in to office and that since marijuana is illegal in Wyoming and federally, voting against accepting the DEA funding was unconstitutional.

He said that the three council members should perhaps “relook at being on the council” over their opposition to Casper accepting the DEA funding. Knell said that asking for further information about how the DEA funding was used in a March 29-30 “drug interdiction operation” in which law enforcement agencies in the area arrested 23 people, was a “waste of resources,” a “waste of time” and completely inappropriate.

Johnson pointed out that marijuana is not illegal under either the U.S. or Wyoming Constitution, but through state and federal statute.

“It is not constitutionally illegal, it is statutorily illegal,” Johnson said. He added that in some cases, statutory laws can be unconstitutional and that there is debate about whether the U.S. Constitution gives the federal government the authority to impose marijuana prohibitions on states.

Johnson also noted that marijuana remains fully illegal in the laws of only six states.

He added that when he asked for further information about the DEA funded drug interdiction operation, he wasn’t necessarily concerned that the funding was used to attempt to suppress cannabis.

Johnson said he has some general concerns about grant funding going toward police operations that may violate people’s Fourth Amendment rights.

Knell asked Henley to weigh in on whether his accusations were following an accurate line of argument.

Henley said that Johnson’s point about marijuana being illegal under statute and not under the Constitution is correct.

Johnson added that he thinks federal marijuana prohibitions may be against the 10th Amendment, which read: “The powers not delegated to the United States by the Constitution, nor prohibited by it to the States, are reserved to the States respectively, or to the people.”

He said that the federal government has not been enforcing federal law against states which have legalized marijuana. Johnson said he also has a question about “Why is the federal government injecting money into Wyoming for that kind of thing?…If you really wanted to enforce federal cannabis prohibitions then you would go after the states that have it fully legalized.”

Gamroth similarly said that he thinks he is upholding his oath in his opposition to the DEA cannabis suppression funding. While Gamroth voted in favor of the Casper PD being allowed to accept the funding, the vote came as part of a “consent agenda” list in which the council votes on multiple items at once and Gamroth, a new council member, said the procedure caught him somewhat off guard.

Gamroth added on to some of what Johnson had said: “Laws do not equal morality.”

Pollock said that Johnson and Gamroth had covered some of the points that came up for her when Knell made the accusation. She added that even if the Constitution mandated that the council members uphold statutory laws, the oath still wouldn’t require that the council allocate funds in such a manner: “The fact that this is a funding a decision, that is not dictated to me by my oath.”

She said that it is valid if Knell wants to have a policy discussion and disagreement, but pushed back against the suggestion that the vote was against her oath.

Knell acknowledged that he had been mistaken in thinking marijuana’s illegal status was under the Constitution rather than under statute: “”I thought it was a violation of our oath.”

He apologized to Johnson, Pollock and Gamroth for saying they had violated their oath.Knell said that he remains opposed to legalizing marijuana but said that his intention had not been to offend his fellow council members.

Pollock said that she had not felt offended but reiterated that she thinks marijuana’s legal status is a matter for policy debate. Pollock added that she thinks there is a trend nationally in which elected officials are inaccurately or unfairly accused of violating their oath to the Constitution.

She said she’d be happy to have debate on policy matters on which council members might disagree.