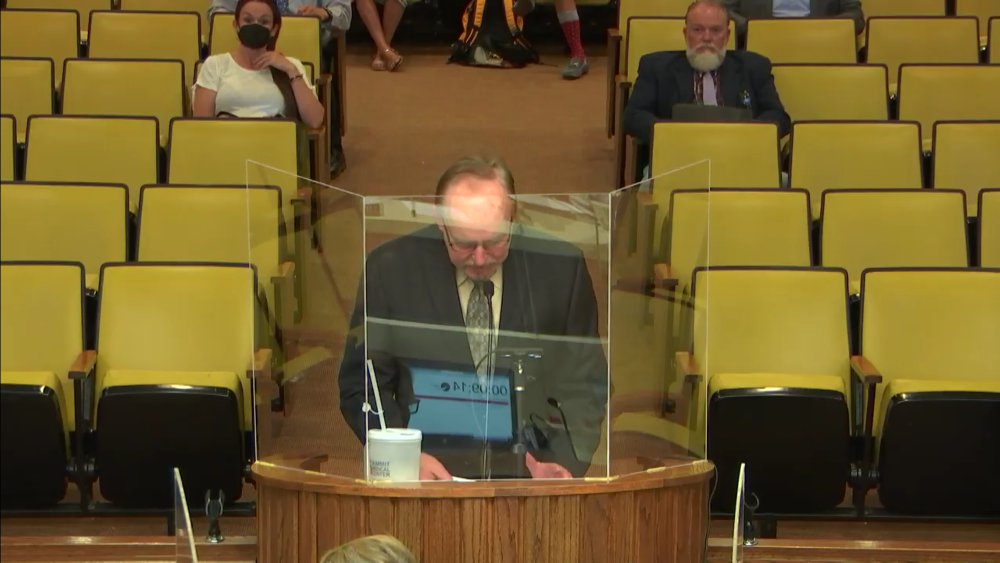 Each candidate is being asked to address the following questions:

Rollins told the council that he moved to Casper in 1988 and has lived in multiple areas of the city, including four years in North Casper.

When he moved to Casper, he became a manager at a propane gas company and said he remembers that the best prime rib in town at the time was at the Colonial Restaurant.

Rollins pointed to higher gas prices and that restaurant no longer being around as examples of how he has watched the community change.

He said that he has considered applying for council in the past, but that he was too busy. Rollins said he has recently completed a feature film and will have plenty of time to commit to the city council duties.

Rollins said that living in multiple parts of town over the years has given him a “good understanding of Casper’s character.”

He also owned a heating and air conditioning company for 17 years. That experience brought him into relationships with residents of “all walks of life” and required that Rollins work with the city’s building department.

“I understand the mechanics of the city’s governance,” he said.

Rollins said that he produced “Wyoming Portraits” for Wyoming PBS for six years. In that time, he gained familiarity with community organizations like the Wyoming Food for Thought Project and Joshua’s Storehouse.

His experience in public access programming also made him aware of a variety of services the city provides.

Rollins said he follows local coverage of the city council. He follows developments surrounding Casper 1 TV’s proposals to use the city’s public access channel to provide programming to citizens with interest.

Rollins said that he also follows coverage of liquor license discussions closely as he knows those licenses are a “hot commodity.”

If selected for the vacant seat, Rollins said he would be willing to run for re-election in 2022 as he has no plans to leave Casper.

When it comes to Casper’s future, Rollins said he has watched how things like the Yellowstone Garage and David Street Station have brought life back to the community.

He said he thinks there is room for more growth downtown, adding that he “would love to see a locally owned, high-end restaurant downtown.”

Rollins said that vacant buildings downtown may be ripe for development. He’d like to see Casper also diversify the economy and break out of boom and bust cycles.

He said that Casper lacks “a true convention center.” Such a facility would be a resource to draw people to Casper and allow the city to welcome more visitors.

Rollins said that Casper is “not a perfect city” as it has issues such as drug abuse and crime. He said that another problem is that North Casper is a food desert.

Rollins said he would like the see Casper “create an atmosphere where everyone feels accepted.”

He said that serving on council would be a way to give back to the neighbors and fellow citizens of the city he has come to love.

“I’ve loved living here. I’ve gained a great deal from being here and made it my home. … I ask only for the chance to serve,” Rollins said.

The full list of the nine candidates for the vacant Ward 1 seat are as follows:

Once the city council completes the interviews of the nine candidates, it will enter into an executive session and provisionally select a candidate to fill the vacancy. A formal vote to confirm this selection will take place on September 21.

The new council member could run for election in November 2022 if they are interested in possibly keeping a seat on the council in 2023.

The city council’s work session as well as the special meeting for the candidate interviews can be streamed via the City of Casper’s YouTube channel: