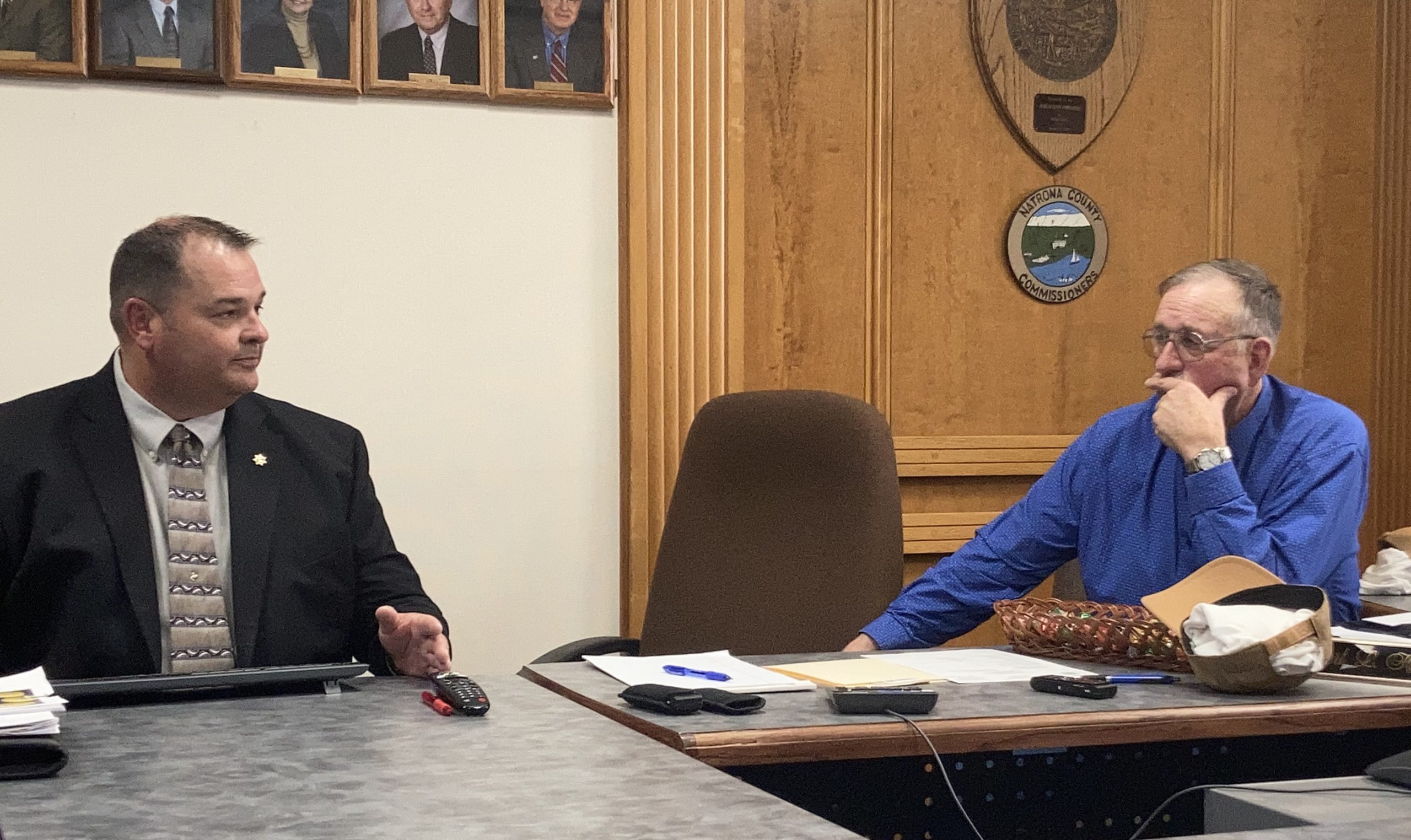 CASPER, Wyo. — Holistic health, case law-based law enforcement policies, and greater coordination with other agencies on violent crimes are among the priorities to be addressed over the next year by the Natrona County Sheriff’s Office.

Sheriff John Harlin, who was appointed in July due to the retirement of Gus Holbrook, gave the Natrona County Commission the “state of the office” report at the commissioners’ work session Tuesday, November 2.

In wake of the recent suicide of Casper Police Lieutenant Daniel Dundas, Harlin said there has been renewed conversation in the office about the necessity of a Health and Wellness Officer position, which he said could be absorbed in the current budget.

Harlin said the program would adopt a data-driven and holistic approach to physical and mental health, including financial and nutritional resources: “These are all proven, so we like that.”

He said that position should be filled by a sworn deputy who could relate to the particular challenges of the job and lifestyle of a professional law enforcement officer.

He added that there are also plans for retired CPD officer Kathryn Love to conduct doctorate research with a study focused on the NCSO. Harlin said Love is looking at researching the effects of fatigue, trauma, and media and public opinion on law enforcement.

In administrative matters, Harlin told the commission there have been several reassignments and new positions created within the existing budget to consolidate duties and manage workflow. There are 156 budgeted positions in the NCSO, 14 fewer than there were six years ago, he said.

An investigator has been transferred from patrol duties to focus specifically on Internet Crimes Against Children. Harlin also said there is an effort in general to coordinate with various agencies to participate in task forces focused on violent crimes.

An existing position in detentions has been converted into a dedicated civilian public information officer position. The PIO role has previously been a “collateral duty” of Sergeant Taylor Courtney. Three candidates have been selected, and the position is expected to be filled in January.

Another civilian position dedicated to evidence handling has been filled in-house by the NCSO’s previous victim-witness coordinator.

Two deputies have also been unburdened of patrol duties to focus on compliance checks for registered sex offenders, civil processing, and serving warrants.

There are around 450 registered sex offenders and over 1,500 active arrest warrants in Natrona County, Harlin said, and the NCSO serves over 8,000 civil process papers annually.

Harlin said training in how case law impacts law enforcement policy is a priority, and there will be daily reinforcement of “high-priority constitutional topics.”

Other priorities include specialized training.

“One of things we just corrected was emergency vehicles operations training, specifically for patrol trucks.”

Harlin said the training comes from a company out of California that trains first responders and stunt performers, which is an improvement over academy training, which is focused mainly on cars.