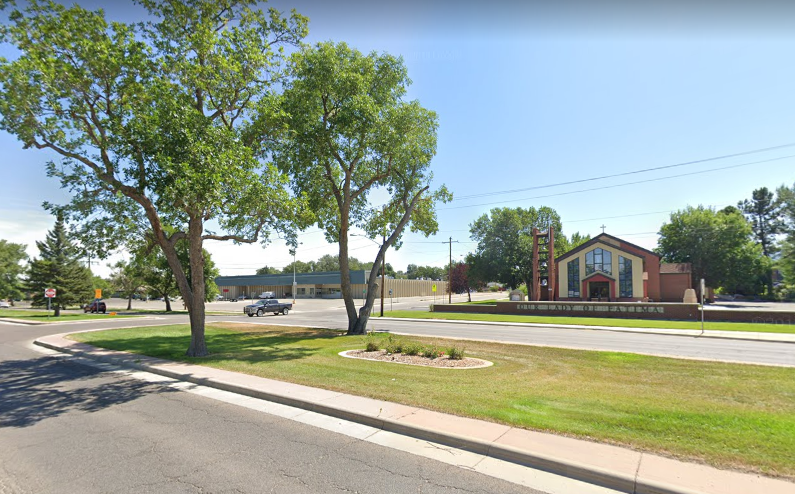 CASPER, Wyo. — At the request of Casper City Council member Kyle Gamroth, Casper Parks Division staff have been researching ways that the city could potentially reduce water usage and save some money.

City Manager Carter Napier told the council on Tuesday that the city budgeted $365,000 in the current fiscal year for watering parks and “special areas” such as flower planters, tree planters, medians and other beautification areas. The city is unlikely to spend that full amount this fiscal year because it cut back water usage in summer 2021 due to a shortage of ferric chloride impacting the Central Wyoming Regional Water System’s ability to treat water for customers in the Casper area.

He said that moving forward, if nothing changes in terms of what needs irrigation in the city, the council should plan on budgeting for around $400,000 per year. That figure would include Parks Division costs of irrigating parks and special areas as well as the cost of irrigating areas around fire stations and city hall. That figure does not include watering costs for the Municipal Golf Course, Highland Cemetery and athletic fields in the city.

The council’s discussion on Tuesday specifically focused on the Parks Division’s watering of the 120 acres of park land and 81 special areas (flower planters, tree planters, medians, other beautification areas) in the city.

Casper Parks, Recreation & Public Facilities Director Zulima Lopez detailed some options for the council to consider in terms of what could be done to reduce watering and the costs of watering.

The city has 145 separate irrigation systems. 45 of those currently use Motorola radio systems, but Parks staff state in a memo that those systems are “antiquated.” 11 systems are on cellular control systems that also allow for remote control.

The remaining areas all require manual start and shut off. The labor cost of shutting these off has led the Parks Division to choose not to manually turn these off after a rain fall, according to Lopez. Therefore, installing the new controller systems could save both on watering and labor costs after the system is installed.

Another proposal to save watering costs would be to convert more city systems to raw well water by either drilling new wells or extending existing wells. This would save on watering costs since the city pays rates the same as other customers do to the Central Wyoming Regional Water System when using water from that system.

Some locations which already are on well water include the Casper Municipal Golf Course, Fort Caspar, Paradise Valley, Wells Park and several athletic fields. Lopez said that at least two locations, the Water Distribution Garage and the Casper Service Center, could feasibly be tied into existing, nearby well water systems. There is also the possibility that new wells could be drilled to service some parks, but the city would need to conduct assessments to explore this further, according to Lopez.

Since the city pays the same rates as other customers to use the Central Wyoming Regional Water System water, another possibility to save costs would be to find a way to pass this cost off to rate-payers in Casper to cover the cost of irrigating public parks, according to Parks Division staff.

Lopez explained that there is also the option to reduce the amount of irrigated parkland and special areas. That could be done by “xeriscaping” areas, removing grass or other plants in favor of plants that don’t need to be watered or other landscape design features that don’t need irrigating.

Council member Steve Cathey said that he thinks some combination of all the proposals to save water and costs might be the best way to go. He and other council members asked for more specific information on how much the actual savings would be from implementing the recommendations.

Cathey specifically said he would like to know how many gallons would be saved if the broad spectrum radio irrigation controllers were installed. He said that he thinks there could be some savings by implementing that recommendation and that the city could then use those savings to offset the cost of drilling new wells to move other systems off of Central Wyoming Regional Water.

Council member Bruce Knell said he would like to have more feedback from the public as to how people would feel about reducing grassy areas. He asked the media covering the council meeting to survey the public on the following kinds of questions: “What’s more important to you: a cheaper water bill or green grass in the parks? … Are you okay with us eliminating a lot of the grassy areas?”

Knell said that he thinks Casper’s “parks are a huge draw for our city because we have so many of them and the grass is green and it’s lush.” He also questioned how much savings the city would see from installing remote control systems since Casper doesn’t typically have many rainy days.

Garmoth said that he would be interested in staff exploring whether there may be some grant funding available to cover some cost of implementing some of the water saving recommendations.

He also said he thinks some of the recommendations, such as xeriscaping low-use grassy areas, are “low-hanging fruit.” Gamroth specifically pointed to the grassy areas in the medians along CY Avenue, saying that he drives that route every day and has never seen someone eating in the special area.

Mayor Steve Freel asked how many areas exist in Casper that are akin to the CY Avenue example and whether xeriscaping could be done in a way that ensures the area remains attractive but requires less maintenance than grass.

Lopez said that staff has not yet developed any specific plans on what xeriscaping might look like, but that it could be done in a way that still ensures the area is attractive. She said that there are probably about a dozen places in Casper that are like CY Avenue in terms of being low-use, grassy areas. However, Parks staff have not compiled a specific list of areas.

Council member Amber Pollock said that she thinks it makes sense for the city to be considering ways to cut down on watering and associated costs since reducing these costs could allow money to be reinvested in other areas.

Gamroth said that since reducing watering costs could also mean reducing labor costs, depending on what recommendations are implemented, he would like to see some further financial projections to see how it could save the city money over time.

The council asked to staff to do some further research into the options and their associated costs to provide a more solid financial ground for the council to consider.

Further details on the proposed water and cost saving measures are available in the council’s work packet.