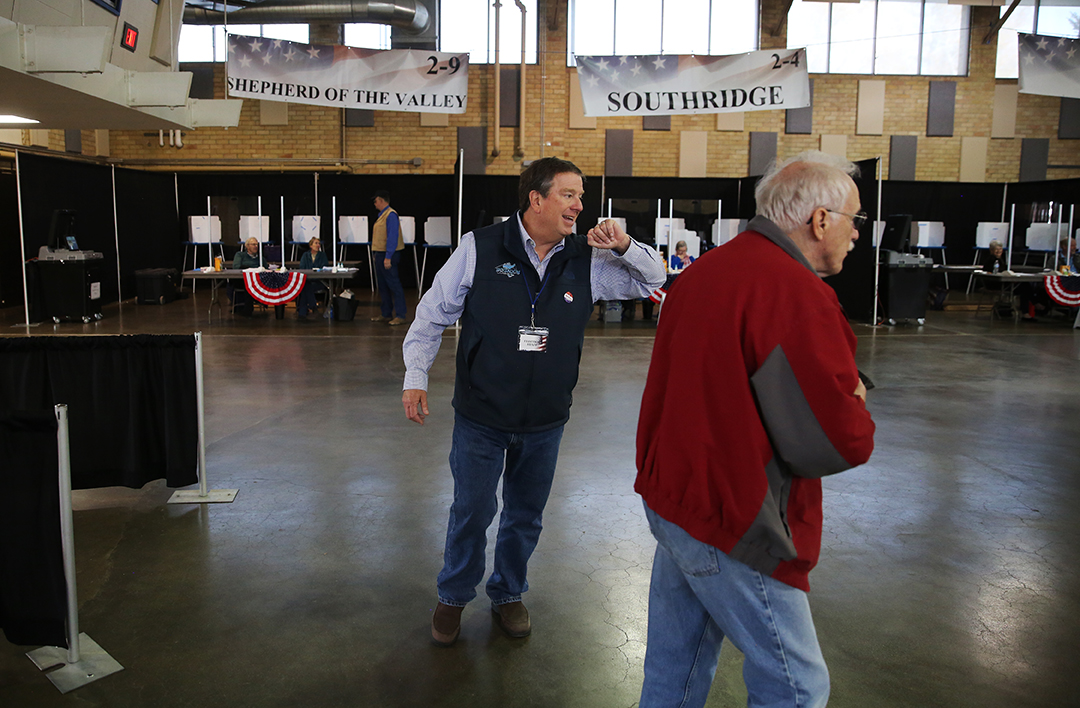 CASPER, Wyo. — Some members of the Casper City Council on Tuesday expressed disappointment that voters rejected a proposed “sixth cent” special purpose sales and use tax in the recent Natrona County special election.

The purpose of the proposed tax was to raise roughly $4.4 million needed for a pair of infrastructure projects — the repair of a roughly seven-mile stretch of pipeline that brings drinking water to Edgerton and Midwest and the final phase of renovating Midwest Avenue in downtown Casper from Walnut to Poplar Street.

“Folks may have seen that Laramie County passed specific purpose taxes,” Gamroth said. “14 proposals, 13 of which passed to the tune of $128 million, which is nearly our entire annual budget.”

When the Casper City Council passed a new budget in June, it included budget authority for the city to spend $147,046,429 during the current fiscal year.

Gamroth noted that Laramie County’s approach to asking voters to consider supporting special purpose taxes was different than the approach in Natrona.

“What they did do differently down in Laramie was that each of those proposals was a separate initiative on the ballot whereas in Natrona County the waterline and the Midwest Avenue reconstruction were combined,” Gamroth said.

“If specific purposes taxes are explored again in Natrona County in the future, I think it would be wise of us to consider having separate proposals for each project,” Gamroth said. “It gives citizens a little bit more control over the ones they support over the ones they don’t.”

Gamroth said that he thinks the types of things Laramie County voters supported during their special election, such as funding for equipment for emergency services or parks for children, are things that will benefit that community for years to come.

Two of the proposals approved by voters in Laramie County are to raise about $25 million in funding for various road projects.

Council member Bruce Knell said he agreed with Gamroth that Natrona should consider asking voters to approve special purpose taxes on a project-by-project basis rather than being included together on the ballot. He said that if the water line project and the street repair project in Natrona County had been separate items, he thinks the water line project would have been approved by voters.

Council member Steve Cathey said he was disappointed by the voter turnout in Natrona’s special election.

Cathey said that about 7,000 people in Casper’s Ward III alone voted in the 2020 general election. He said that he thinks low turnout at special elections in Natrona County is allowing special interests to have an outsized say in political decisions.

“People, get out and vote,” Cathey said. “This is your time and basically you are allowing the special interest people to run this city from special election standpoints. The silent majority had better get off their duff and get out and start voting. That’s the only thing I can say, I am extremely disappointed in our voters.”