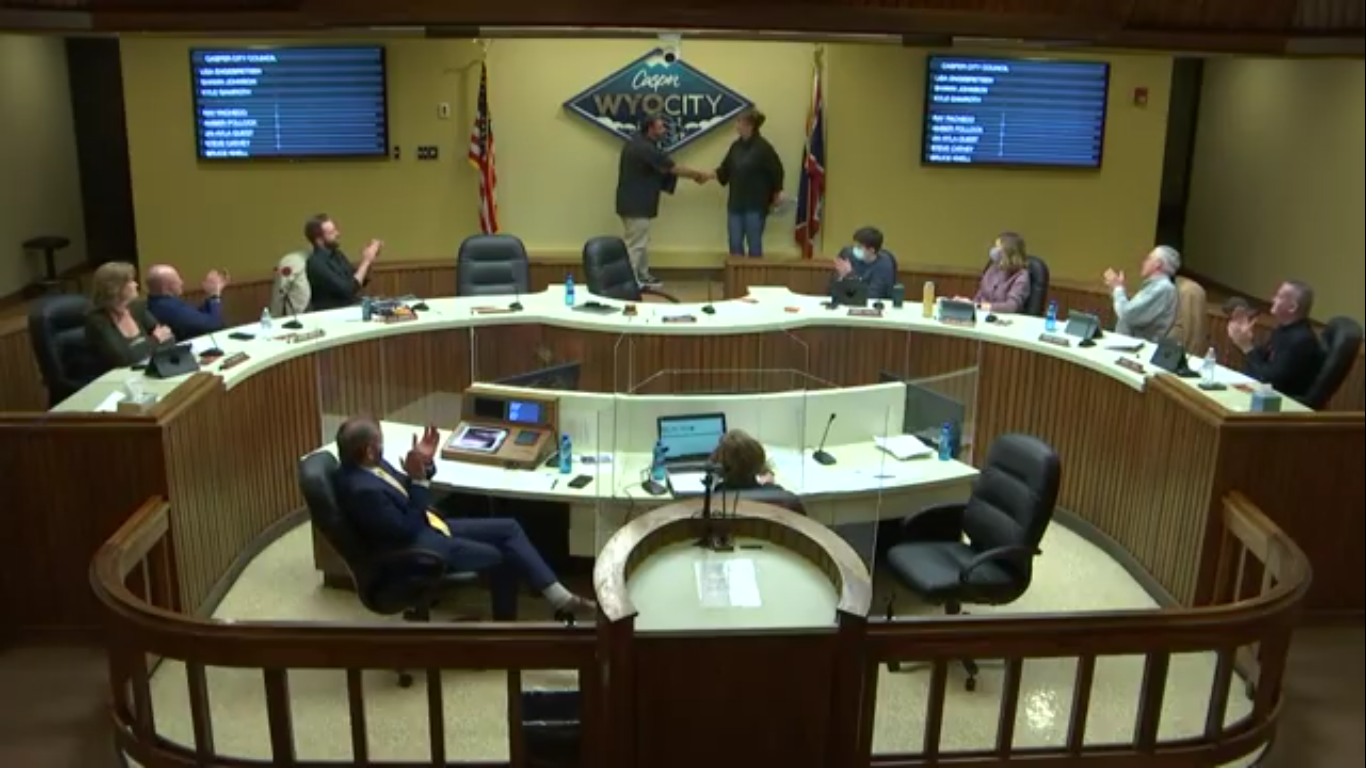 CASPER, Wyo. — Dr. Madelaine Stout was honored as a “Bright Spot in the Community” during the Casper City Council’s Tuesday, November 16 meeting for research she has done into uncovering soldiers’ graves in Natrona County.

Stout has uncovered over 1,260 soldiers’ graves in Natrona, including the grave of a soldier who served in the Spanish-American War, Vice Mayor Ray Pacheco said when highlighting Stout’s work. She began the research at the urging of her children to look into adopting soldiers’ graves.

Stout is working with the Civil Air Patrol to have all of the graves marked as belonging to soldiers. She also hopes to inspire people to volunteer to adopt the soldiers’ graves if families of the soldiers are not able to care for them.

Pacheco presented Stout with a certificate of commendation recognizing her for the work. Pacheco presented her with the award in place of Mayor Steve Freel, who was absent from the meeting on Tuesday.