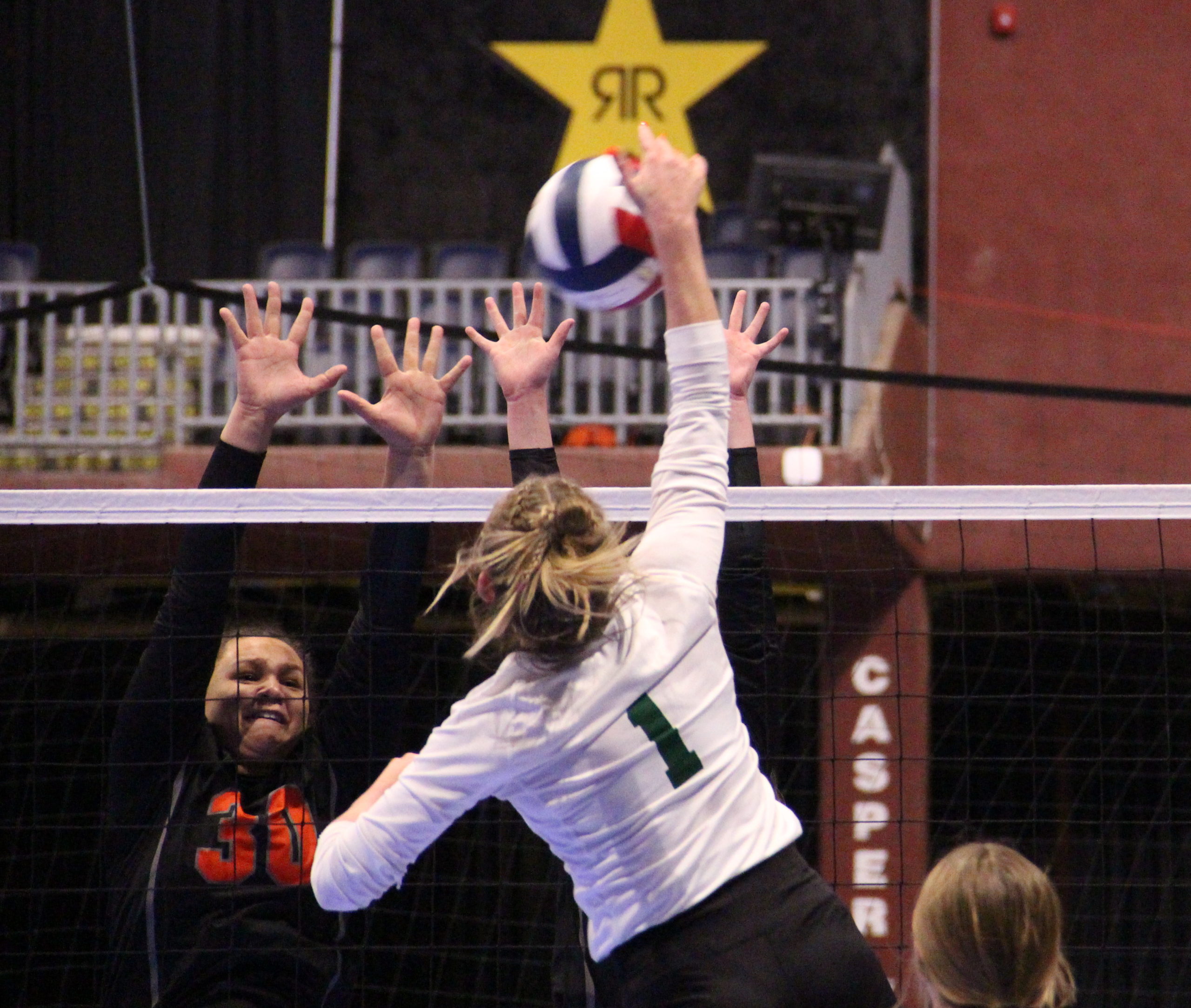 KW's Peyton Carruth smashes down on the Fillies' Alesha Lane during the semi-final of the 2021 4A volleyball state championship (Gregory Hirst, Oil City)

CASPER, Wyo. — The Casper City Council on Tuesday approved a resolution that commits the city to provide $50,000 per year over the next four years to “Proud to Host the Best.”

She told the council that the Proud to Host the Best Committee works to raise $180,000-$200,000 per year toward hosting the high school sports tournaments in Casper. About $150,000 is paid to the Ford Wyoming Center (formerly the Casper Events Center) to cover meals and operations (use of the facility and other in-kind services are waived by the city). The rest is allocated to other outdoor event expenses. There are no staff positions within the committee or other compensations made to the committee members.

During her presentation to the city council, Kaufman said that hosting the state tournaments generates about $13.9 million per year for the area as people travel to Casper and spend money on food, lodging and other amenities.