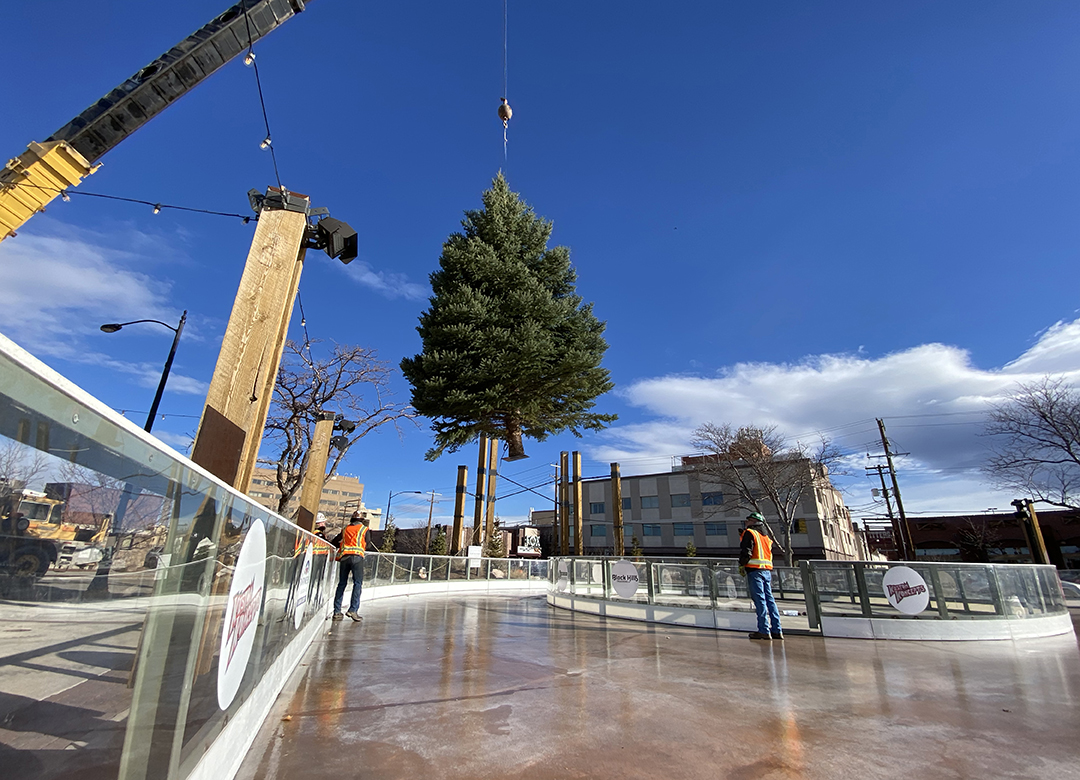 The 2021 Community Christmas Tree is lowered over the David Street Station splash pad where it will be secured and soon surrounded by an ice skating rink on Friday, Nov. 19. (Dan Cepeda, Oil City)

A stiff breeze didn’t slow crews down as they hoisted a massive tree off of a transport vehicle, over a street and sidewalk and safely down onto the splash pad at David Street Station on Friday morning.

According to David Street Station Operations Manager Jackie Landess, this year’s Community Christmas Tree was donated by a family living on Glendale. David Street Station received eight submissions to donate a tree that was overgrowing or becoming a nuisance on a property.

“It was growing into the sewer lines and into the house’s foundation, so that was the main reason for removal,” said Landess.

“[The homeowner] was sad and excited to see it leave,” she said. “Every year she would take a picture of the kids in front of it for the first day of school, but she was also happy to see it leave because it was causing so many problems.”

The tree will be decorated this coming Monday, November 22, and the lighting ceremony will take place on Saturday, November 27 at 6 p.m., just before the start of the annual downtown Christmas parade.

Preparations for ice making for the skating rink will start tonight, said Landess, and the rink will open for the season on Friday, November 26.