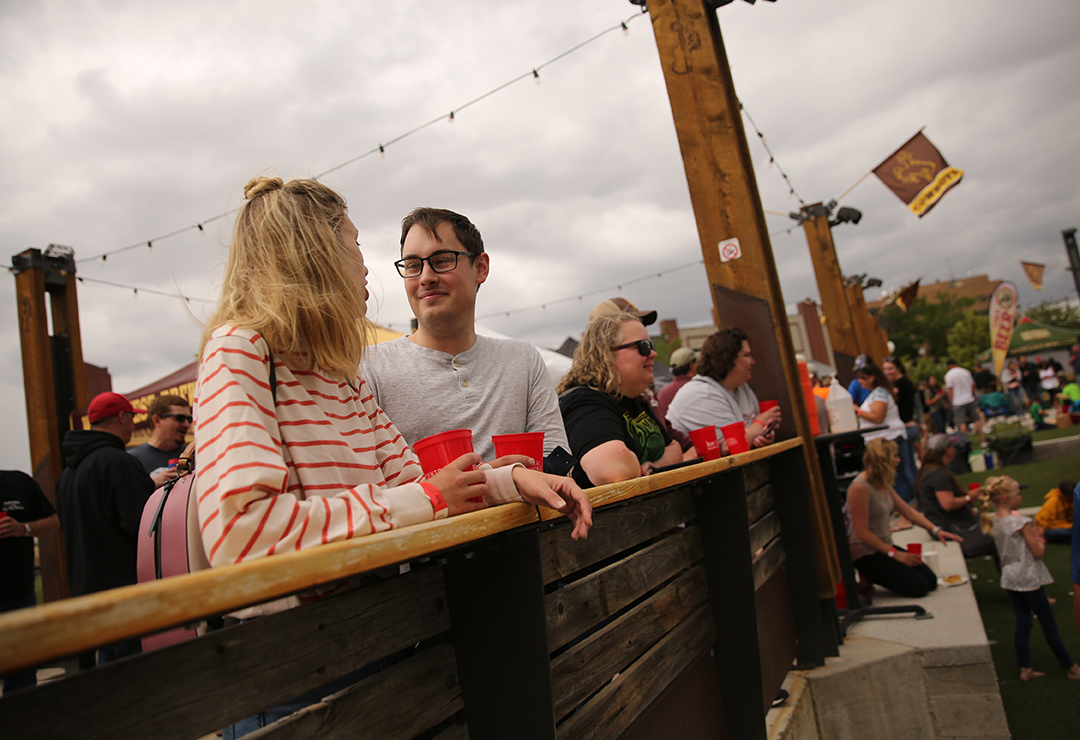 In summer 2021, the rules allowed open containers from 5-10 p.m. on Thursdays, Fridays and Saturdays along with the Sundays of Fourth of July and Labor Day weekend. Staff are recommending that open container nights be ended at 9 p.m. during the 2022 season, according to a memo included in the Casper City Council’s Tuesday, November 30 work session work packet.

Ending open container nights at 9 p.m. rather than 10 p.m. would “more closely approximate the active hours of the restaurant industry in the downtown area” and would also help reduce overtime expenses of the Casper Police Department, according to the memo. Police observed a “significant decline” in the number of people participating in the open container nights in summer 2021 after 9 p.m.

During the 2021 open container nights, “[p]olice presence was inconsistent on a night-to-night basis,” according to the memo. The police department experienced some difficulty in providing officers to patrol during the open container nights due to “ongoing staffing shortages” and also because other things that happened in the community had already sapped much of the department’s overtime budget.

“Police participation, due to staffing difficulties, often resulted in the reassignment of personnel from crime prevention efforts (PORT and SRO teams) to provide coverage in the Open Container event area,” the memo states. “The reassignment of critical personnel is inconsistent with the department’s public safety goals.”

In addition to reducing the hours of the 2022 open container nights and modifying how the police department budgets for related overtime expenses, city staff are also recommending that the Casper Public Services Department explore the possibility of installing permanent signs to identify the perimeter of the designated open container area.

In 2021, Public Services staff set out barrels to mark the perimeters on Thursday afternoons and picked those up again on Monday mornings. These efforts took about 2.5-3 hours and cost the department a total of $5,100 during the entire summer. Installing permanent signs that could be uncovered when open container nights are happening could reduce the time and cost associated with setting out the barrels and signage.

Inconsistency in the types of containers liquor establishments issued to participants in the open container nights made it difficult for law enforcement to enforce against the introduction of unapproved containers.

Patrolling officers did not observe significant incidents of people violating the open container boundary area. However, the memo states that officers did observe litter that could be directly attributed to the open container events. While there were enough trash receptacles throughout the area, clear plastic cups, lids and straws were often observed littered on the ground in close proximity to trash receptacles.

The Casper City Council is expected to discuss the recommended changes for the 2022 open container season during its Tuesday, November 30 work session. Further details are available in the council’s work packet.