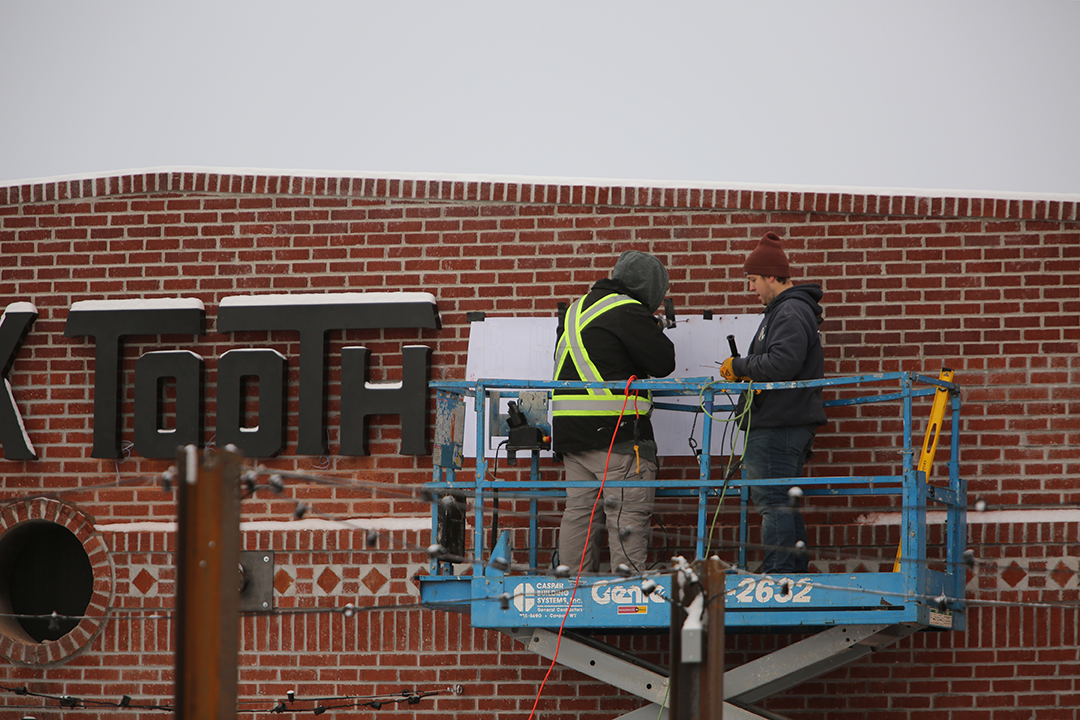 CASPER, Wyo. — New signage for The Nolan and its main tenant, Black Tooth Brewery, have recently been installed at the historic building in Casper’s Old Yellowstone District.

On Friday, morning crews were installing the final section of the Black Tooth Brewery sign. A new sign on the roof of the building’s south side reading “The Nolan” was also installed earlier this week.

The redeveloped mixed commercial and retail space brings back to life an old Chevrolet dealership that originally opened in 1924. The building was hidden under a major remodel and extension for the now-defunct Plains Furniture in 1973. In 2016, workers for the City of Casper, which intended to demolish the building for parking, discovered historic details under the remodel. The building was eventually sold to FLAG Development in 2019, which then sold it to the True companies the following year.

Along with retail space, the next phase of the development will add several condominiums for residential use.

Black Tooth Brewing was established in Sheridan in 2010 and has become one of Wyoming’s largest independent craft breweries. Casper will be the company’s third tap room and satellite brewery outside of Sheridan.